Why they love Trump to death: explaining America’s 48 per cent

admin November 6, 2020 World News Comments Off on Why they love Trump to death: explaining America’s 48 per cent 78 Views 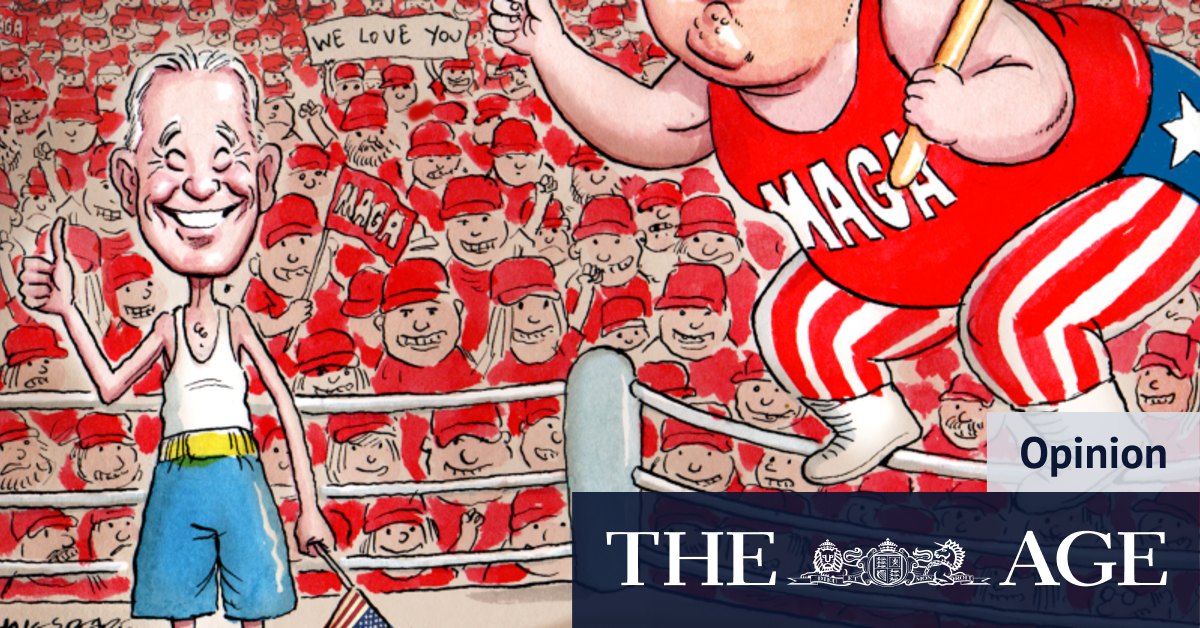 The durability of Trump’s appeal in the face of death itself is a remarkable phenomenon of politics and psychology. If faith in Trump can triumph over death to win the votes of 48 per cent of the American electorate, then it’s safe to assume that it will survive electoral defeat, too.

His movement will live on and continue to shape US politics and world affairs. We should assume that, for the 69 million Americans who just voted for him, the President of death will be their president for life. How to understand this?

The chairman of the US Republican Party from 2009 to 2011, Michael Steele, tells me: “We need to peel this back and find out exactly what animated so many of our fellow Americans to hold onto this guy so desperately and do asinine things to risk their own health, like not wear a mask.”

In Australia, the pandemic has exposed the limitations of the populist right wing. It has affirmed political support for governments that have made responsible, science-based responses and controlled the plague.

The Queensland state election last week is the latest proof point. Pauline Hanson’s One Nation and Clive Palmer’s United Australia Party were smashed in their home state. The Labor government of Annastacia Palaszczuk was returned for a third term with an enlarged majority.

I draw the contrast for Michael Steele. Why is the US reaction to irresponsible right-wing populism so different? Steele, who has some familiarity with Australia through his involvement with the Australian American Leadership Dialogue, asks whether Hanson or Palmer are celebrities.

You can see his line of thought. Celebrity in America is in a peculiar class of its own, and has long been the Brahmin in the US caste system. “To be a celebrity in America,” said the late American journalist Mary McGrory, “is to be forgiven everything.” And she said that 44 years ago.

Hanson is a minor celebrity figure, Palmer even more minor. Steele tables the ultimate Trump card: the current President starred in a popular reality-TV show for 14 years. “COVID has exposed a character flaw – how bereft our country is. It’s made us turn on each other because we have become reliant on a reality-TV host,” Steele says.

“People need to understand that Trump was the first person since Ronald Reagan [the Hollywood star turned Republican president] to convert his viewers into his voters. For 14 years, he [Trump] was on national TV in people’s living rooms, firing people [in his role as the tough boss figure in The Apprentice].

“And if not that, they saw him around all these beautiful woman in his beauty pageants. So when the Access Hollywood tape came out, people said, ‘What do you expect? I saw him going into the dressing rooms with butt-naked women and just standing there staring at them.’

“Everyone over the age of 14 rationalised his behaviour. It’s no different to a friend, cousin, a neighbour you like – ‘I like the guy’ – and everyone was making excuses for his behaviour. So how the hell is he sitting there for four years with 40 per cent support in every poll, when he ain’t done shit? It’s because people look at him and say: ‘That’s my boy.’

Steele is appalled by Trump, and appalled at his successful takeover of the party he once chaired. “How the hell did we allow this to happen – Trump is neither Republican nor conservative,” Steele expostulates.

Two weeks ago, Steele made headlines when he endorsed Joe Biden for the presidency. He also joined the Lincoln Project, a political action committee formed by former Republicans working to elect Biden.

Yet Steele does a pretty good job of explaining the power of Trump’s appeal, a theme he expands on. “A lot of people have borne a sense of displacement, a sense of anger, a sense of frustration, a sense of being left behind. They see others moving into their neighbourhood. They don’t look like you, but they seem to be doing better than you. Who are they? Where are they from? How much are they making? I am a God-fearing person. Why are they tearing down the family?

“No one listens to them and their concerns. Then this brash, populist son of a bitch comes along. This despot weaves a fairytale about what he will do, and it’s in a very aggressive ‘lock her up’ kind of way. People feel a sense of security from that. ‘Yes, be my avatar, fight for me.’ That’s the ugly crap we see across the globe, the white nationalism, the nationalism writ large, the distorted populism. You can translate that to Europe, even parts of Australia.”

Steele argues that American establishment politics needs to address their insecurities and concerns, not dismiss them.

But death? Is it possible that the fanatical devotion of the Trump voter could be so blind as to overlook mass death? Michael Steele says so. Trump supporters mimic their avatar, don’t wear masks, pack into his rallies. “Grandma just died, but they don’t connect that.” Instead, they hear Trump getting angry at the White House pandemic adviser Dr Anthony Fauci over the virus, and “their response is, ‘fire Fauci’”, says Steele, who worked as a lawyer before being elected lieutenant governor of his home state of Maryland and then turning to political and business consulting.

In other words, Trump has built an alternative reality so powerful that tens of millions of Americans prefer to live in it. Even if it kills them.

Steele was moved to endorse Biden because, he says, the safety of his family and his country is more important to him than his attachment to the Republican Party. The clincher, he says, was a quote often attributed to Martin Luther King: “We begin to die the day we don’t act on things that matter.”

The Republican Party, he says, is about to be convulsed by a “battle royale” of recrimination among those who chose to support Trump and those who did not.

And what happens to Trump’s popular movement now? Does it become Trump’s army of retribution?

First, there’ll be Trump’s legal appeals to contest the vote counts. There’s nothing unusual about that. As former Democratic vice-presidential candidate Joe Lieberman said this week, running to the courts to dispute an election “is very American”. It was George Bush’s recourse to the Supreme Court that defeated the Al Gore-Joe Lieberman ticket in 2000.

Beyond that, Steele says it’s not hard to imagine a defeated Trump taking to Twitter to continue to build his grievance over a “stolen” election and a “corrupt” Biden. Or to imagine him pardoning his cronies, refusing to attend a Biden inauguration, withholding any co-operation with an incoming Biden administration.

Other speculation envisages Trump planning another run at the White House in 2024, maybe starting his own TV channel as a campaigning vehicle in the meantime.

“And okay, we can manage stupid,” Steele says of pro-Trump protesters, “but when you take stupid to the point of violence is when we have a problem.” He hopes that it doesn’t come to that, but he fears it will.

He recalls Trump’s statement during a presidential debate, “Proud Boys, stand back and stand by”, a reference to a far-right group with a history of street violence. Steele says the Proud Boys’ implicit response was: “OK, we will wait and you tell us when to do our thing.” If Trump sends the signal, the fear is they and others will try to achieve on the streets what Trump failed to do at the ballot box.

The one-time Speaker of the House and leader of the so-called Republican Revolution of 1994, Newt Gingrich, this week predicted “we are going to see an explosion of rage over these next few weeks and this whole result will be overturned”, he told Fox News. “He will come back bigger.”

Bigger or smaller, he doesn’t seem likely to go away over a mere trifle. Like losing an election. That would be an uncharacteristic concession to reality.

Previous Looking to a happy COVID Christmas
Next Scholar, carer: How Jolyon got through year 12 when his family got COVID-19