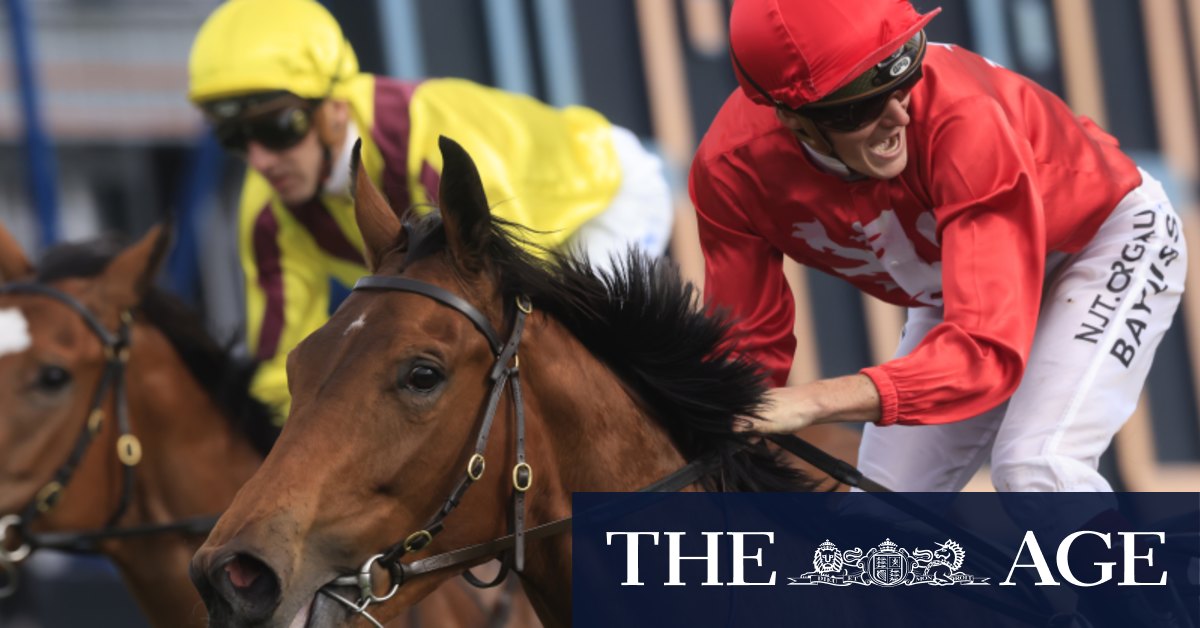 “I had a bit of success with Ciaron in my days in Melbourne and I’m good mates with Dave Eustace because he was the foreman at Peter Moody’s stable when I was doing my apprenticeship there.”

It was a special win for Bayliss and also Maher and Eustace’s Sydney foreman Jack Bruce, who saddled his first city winner for the stable.

Sneaky Five just did everything right. She handled the soft conditions and box-seated and was able to force a run at the top of the straight when needed.

The same could not be said for favourite Captivant and the heavily backed debutant Hunnam, which had their chances dulled by the doughy track.

“He just really struggled in the ground, which we didn’t think he would but he did,” Tommy Berry said of Hunnam.

“He didn’t feel he was that comfortable in the ground. He didn’t travel as well as last start. Kept finding the line but wasn’t as effective,” Collett said.

Although she stargazed when she found the front, Sneaky Five held on to win by a long neck from Cerda, with leader Mura Mura hanging on for third another 1¼ lengths away.

“She got on the right leg straight away, which was impressive,” Bayliss said. “She showed a bit of toughness, because she had to bump that one out of the way at the top of the straight and then get balanced again.

“Once she did, she attacked the line really well. She stargazed a bit when she got to the front but she was too good.

“She was good right through the line and she pricked her ears when she got to the front as well, so there is a bit of upside to her.”

Sneaky Five will head for a spell, and Maher and Eustace can plot their course to the Golden Slipper.

“There is a few big carrots there for her in races like the Millennium and the Golden Slipper,” Bruce said. “That’s the big thing and the appeal of this race. It gets you a ticket into the Slipper. It guarantees you that start. It is all important, and you can sit back now and plot a flight path to the big one.

“It is always concerning coming from those restricted races in the sales series to see how their form stacks up against the better horses.”