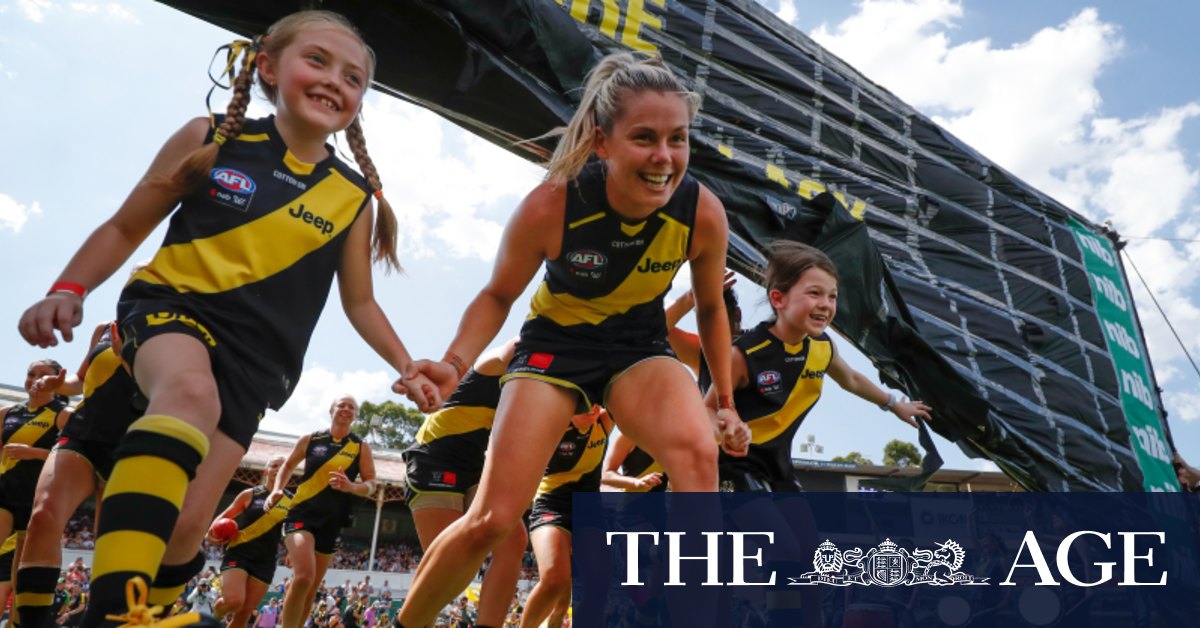 “I think it can really work. Particularly this year, in this climate and the way you might have to use your resources. I have seen it work really well in the past.

“I was at Melbourne [as a player] when they had an absolutely amazing relationship with Sandringham. And Sandringham were really successful.

“I saw and was a part of it, players that went back and totally gave themselves when they went down to train, they became Sandringham players and they invested in the program and got plenty back in return.

“I can see it working really well where we have a really great relationship with Port Melbourne where we invest in Port and we encourage that healthy relationship.”

Ferguson has been a development and backline coach with the Tigers’ male AFL and VFL programs, respectively, since 2015. He lost his job at the Tigers midway through 2020 and applied for the AFLW role while working as a landscaper.

I am ready to jump on board and continue the journey rather than stripping it back and starting fresh.

He beat out AFLW premiership coach Bec Goddard for the role after going through the full interview process and presenting in front of the Richmond board.

The 47-game player for Melbourne has a two-season deal with the Tigers and will spend no time working on the men’s program.

“There is so much already going well. [Former coach] Tom Hunter put in a power of work and I value what he has already put in, and all the other staff and players,” Ferguson said of the Tigers’ women’s football program.

“I am ready to jump on board and continue the journey rather than stripping it back and starting fresh.

“We’ll always be looking to have the right balance of players around, and continue to work on and drive their professional standards.

“Some know it really well and others haven’t come through the pathways, or you don’t know what you don’t know sometimes. [It’s] just really learning to be a professional.”

The four-time West Adelaide SANFL best and fairest winner said his VFL coaching background had prepared him perfectly for developing and coaching players who have to work during the day, and then train in the evening.

“I loved the AFL side of things but I absolutely loved working with the VFL program on Tuesday and Thursday nights and the players would come in after work, they were outstanding with the way they applied themselves,” Ferguson said.

“That professional meets grounded nature of sport I really enjoy. There is common elements to that, developing highly professional and dedicated athletes, but they do come in after having done other things during the day. That is something familiar to me.

“They become self-reliant and self-driven. You set up the culture for them and they walk in the door and feel a sense of belonging, and refreshed being in the club. It gives them that excitement and passion and they regenerate when they walk through the doors.”

What we learnt from the AFL pre-season

With the delayed finish to the 2020 season because of the COVID-19 hiatus, the pre-season …