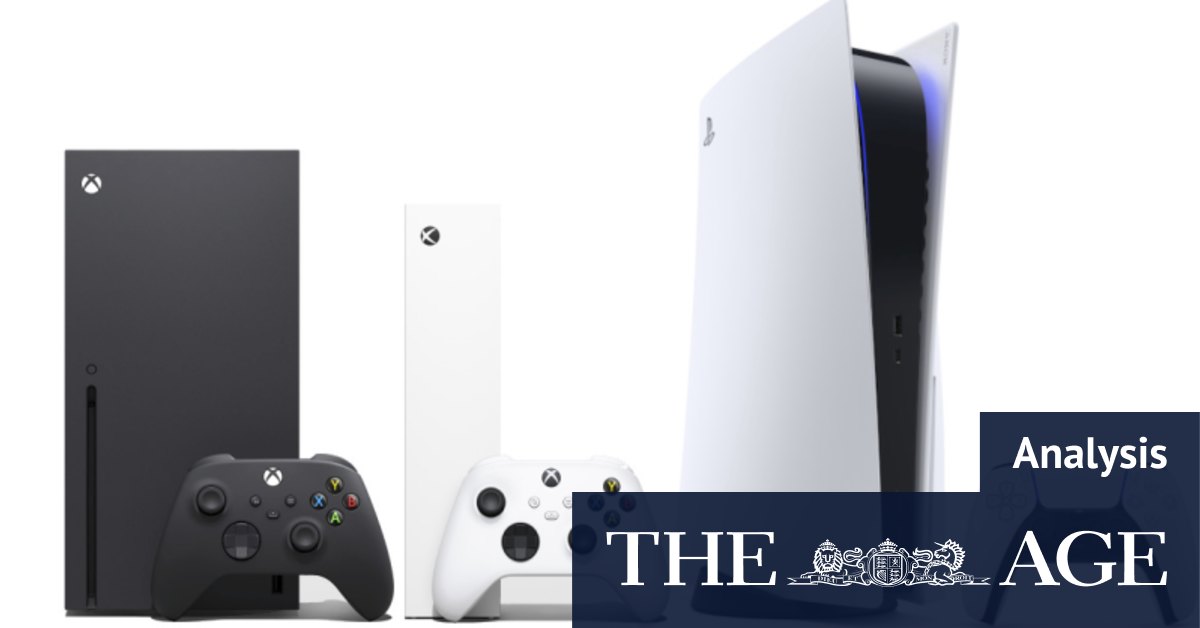 Microsoft’s Xbox Series X and Sony’s PlayStation 5 — which go on sale next week but which I’ve been fortunate enough to have in my home for a little while — are both big, powerful $750 machines. Their high-end processors and cutting-edge solid-state drives deliver an immediate advantage over prior consoles, while support for forward-facing audio and display technologies give them room to grow in capability as time goes on.

Dedicated gamers upgrading from the most recent consoles may find that, until developers fully come to grips with the new systems, they feel more like upgrading to a new phone or putting better parts in a PC than moving from a Super Nintendo to a Nintendo 64. Games run faster and look sharper, loading times are improved, and the controllers offer new functionality.

But anyone upgrading from consoles of 2013 vintage or older will notice a huge difference. Seven years ago it was standard for games to run below full HD resolution and at 30 frames per second, whereas 4K at 60fps is no problem for these new consoles in most games.

At a system level the consoles are much quicker and more convenient. Getting into and out of multiple games is faster, and they’re better integrated with their respective smartphone apps. Xbox will send screen captures or video clips to your phone so you can share them easily online, while PlayStation alerts you with notifications from your console even if it’s in rest mode, so you know if a game you’re downloading is ready or someone online wants to play. The consoles also double as movie disc players and streaming set-top boxes, with Ultra HD Blu-ray disc drives and all the latest apps including Apple TV and Disney+.

Many nascent technologies are also supported by the systems despite not being standard yet in video game development — including ray tracing for more convincing shadows and reflections — meaning the potential is there for games to become much more impressive on these machines over time, but at launch the impact is limited and comes with tradeoffs. Games like Spider-Man: Miles Morales and Devil May Cry V on PS5 run at 30fps if you enable 4K and ray tracing.

At launch there aren’t many games that seem like they couldn’t exist on older consoles (because almost all of them do), but games designed specifically for the new capabilities are coming. Early looks at a new Ratchet & Clank for PS5 show the heroes jumping through portals to transition between multiple huge worlds, with hardly a loading interstitial between, which would have been unthinkable a few years back in the era of minutes-long loading screens. On Xbox, The Medium — due in January — renders the mundane and spirit worlds simultaneously, with players controlling their character through both to observe the difference.

As time goes on we’ll see not only more complex graphics but better AI. And your experience will improve next time you buy a TV, as both systems support up to 120fps, variable refresh rates and eARC for enhanced audio as part of the latest HDMI standard. The Series X also supports Dolby Atmos sound and Dolby Vision HDR.

These features are currently only available on brand new TVs, but will trickle down in the coming years. The LG CX OLED I’m using can handle both consoles at once thanks to its multiple HDMI 2.1 ports, but goes for $3300 for a 55-inch model, while both Samsung and Sony also offer supported TVs. Games feel incredibly responsive in 120fps, and I don’t think I could go back to 60 in Gears 5 multiplayer for example.

Both the Series X and PS5 are compatible with the games you purchased in the previous generation, and in many cases they’ll look and perform better on the new machines. Microsoft in particular has invested heavily in compatibility, and you can even play games from the Xbox 360 and original Xbox on Series X. In my testing I found loading times were cut in half for many existing Xbox games when played on the new machine, and even games that previously struggled to hit their resolution or frame rate targets ran flawlessly.

Both Sony and Microsoft offer a less expensive version of their next-generation consoles. The PlayStation 5 Digital Edition is $600 and performs identically to the standard PS5, except it has no disc drive and so can only play digitally purchased games. Meanwhile the Xbox Series S is $500, has no disc drive and is less powerful. It plays the same games as the Series X and is still capable of ray tracing and 120fps, but ypically displays games at lower resolutions. If you’re not on a 4K TV games look and feel the same on both Xbox consoles, at least thus far.

The clearest difference between Sony and Microsoft’s next-generation strategies is not the devices themselves but their distinct ecosystem approaches. The PlayStation 5 is positioned as an exotic machine that will be home to many exclusive games taking full advantage of its specific features, while the Series X and S are just two of many connected ways to get access to Xbox’s games and services.

For example, the PS5 controller has very nuanced vibration feedback, a speaker, a microphone, motion control and the ability for developers to determine the rigidity and texture of the triggers as you pull them back. Taken together this can make for much more tactile experiences in games that have been designed specifically for PS5. The console also has dedicated audio hardware that produces very impressive positional sound — seeming to come from anywhere around you or even above or below — using regular stereo headphones.

Sony’s roster of world-leading development studios will no doubt leverage these technologies to their full potential over the next half-decade, in games from the makers of The Last of Us, God of War, Spider-Man and Horizon Zero Dawn, which can only be played on PS5.

By contrast Microsoft is fully committed to producing games you can play effectively anywhere. Microsoft owns the studios responsible for Halo, Gears, Minecraft and more, and will soon complete acquisition of those behind Doom, Fallout, Skyrim and Dishonored.

Its own games are set to appear on PC and older consoles for some time, and are also offered along with many others — more than 100 in total — in its Game Pass subscription service. This lets you pay a monthly fee to play a library of old and new games rather than buy each one. Next year Microsoft plans to launch its Game Pass mobile app in Australia, which lets you continue playing your games on the go by streaming them from their cloud data centres.

After a few weeks of pre-launch access I found the new systems’ raw power and fast storage can be transformative for older games, especially where they receive new updates allowing play at 4K and 60fps. And new games going forward will, of course, play best on these machines. But next-gen specific features like 120fps and ray tracing will take time to truly become must-haves.

In the longer term the big question might ordinarily be whether Sony or Microsoft’s machine will win out, but given their divergent directions I’m not even sure we’ll consider them competitors in five years.

In the same way Nintendo carved out its own corner of the console market — the Switch was the best-selling system this year by some margin, and its Animal Crossing sold more than any PlayStation exclusive ever — Microsoft’s positioning of Xbox as hardware-agnostic makes it distinct from previous console strategies. Its offerings will only look stronger as internet speeds increase and its various studio acquisitions bear fruit through Game Pass.

Meanwhile Sony has cemented itself as the global leader in high-budget blockbuster video games. By consolidating its focus on the PS5, it should ensure that it is the single most popular high-end console of this generation, just as the PS4 was in the last.