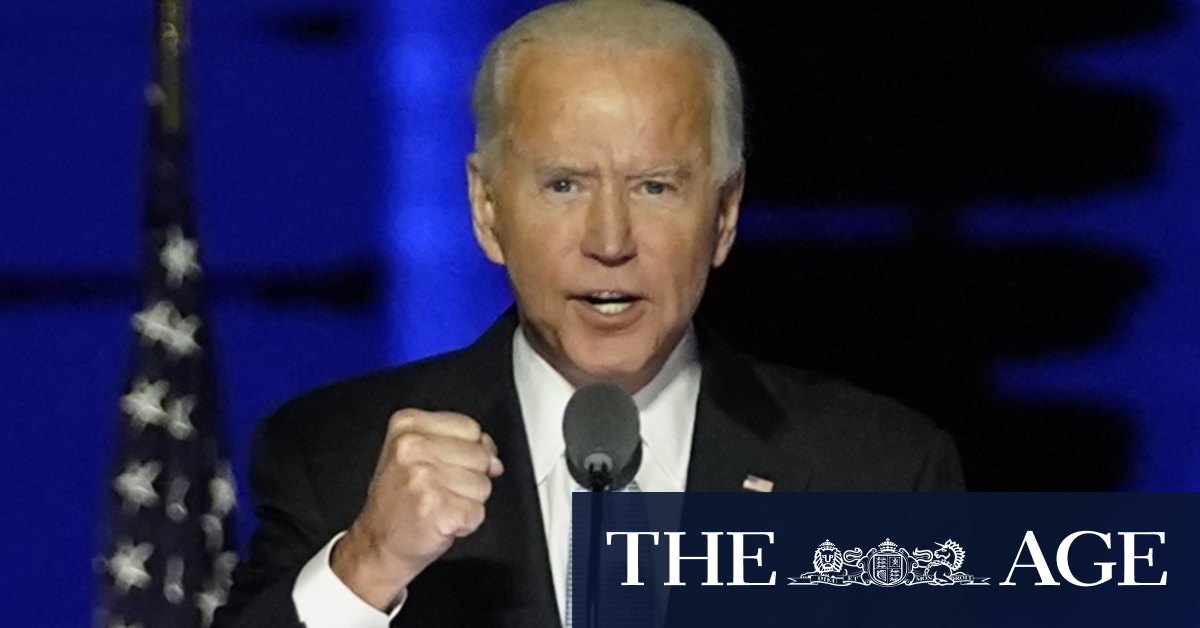 “We want to see global emissions fall and it’s not enough for us to make commitments. We need transformational technologies that are scalable and affordable for the developing world,” Mr Morrison said.

“Use this change in Washington to swallow your political pride and get real on the mid-century target of carbon neutrality and a new trajectory to 2030,” Mr Rudd said on ABC television.

Mr Turnbull described the government’s plans for a gas-led recovery from the recession as “political piffle” and said Mr Biden’s victory created an opportunity for “Morrison to pivot”.

“Morrison’s concern is that the combination of the right wing of the Liberal Party and the National Party and the right-wing media, mostly owned by [Rupert] Murdoch, will go after him, as they went after me, if he is seen to do anything that suggests he is taking climate change seriously or too seriously,” he said. “Now is the time for Scott Morrison to say, ‘I don’t have to go on with all of the BS about a gas-led recovery.’ “

After Mr Biden’s election, 70 per cent of Australia’s two-way trade is with countries that have net zero commitments, as the US joins China, Japan, Britain and South Korea, which have net zero emissions targets for 2050 or 2060.

Peak business lobby the Australian Industry Group urged the Morrison government to commit to a 2050 emissions target and to support Warringah MP Zali Steggall’s climate bill, which comes before Parliament next week and includes a 2050 net zero target.

“Putting climate adaptation on the front-burner is vital,” said the lobby group’s chief executive Innes Willox. “Emissions-intensive industries are charting their own course to become low-, zero- or negative-emissions, and we need a credible national policy foundation for their long-term investments.”

As a signatory to the Paris Agreement, Australia is committed to reduce emissions by at least 26 per cent by 2030. The Morrison government says it can comply with the deal by reaching net zero some time in the second half of this century.

But top scientists say that for Australia to honour the Paris Agreement – which requires countries to follow the best available scientific advice on limiting global warming to below two degrees – the country must reach net zero emissions before 2050.

Mr Morrison said he looked forward to working with the Biden administration for the “prosperity of all countries and peace within the Indo-Pacific region”.

One of the first leaders to congratulate Mr Biden was Fijian president Frank Bainimarama, who tweeted that “now, more than ever, we need the USA at the helm of these multilateral efforts” to address the coronavirus pandemic and climate change.