Empathy, civility and healing: Biden restores the soul of oratory in America

admin 4 weeks ago World News Comments Off on Empathy, civility and healing: Biden restores the soul of oratory in America 16 Views 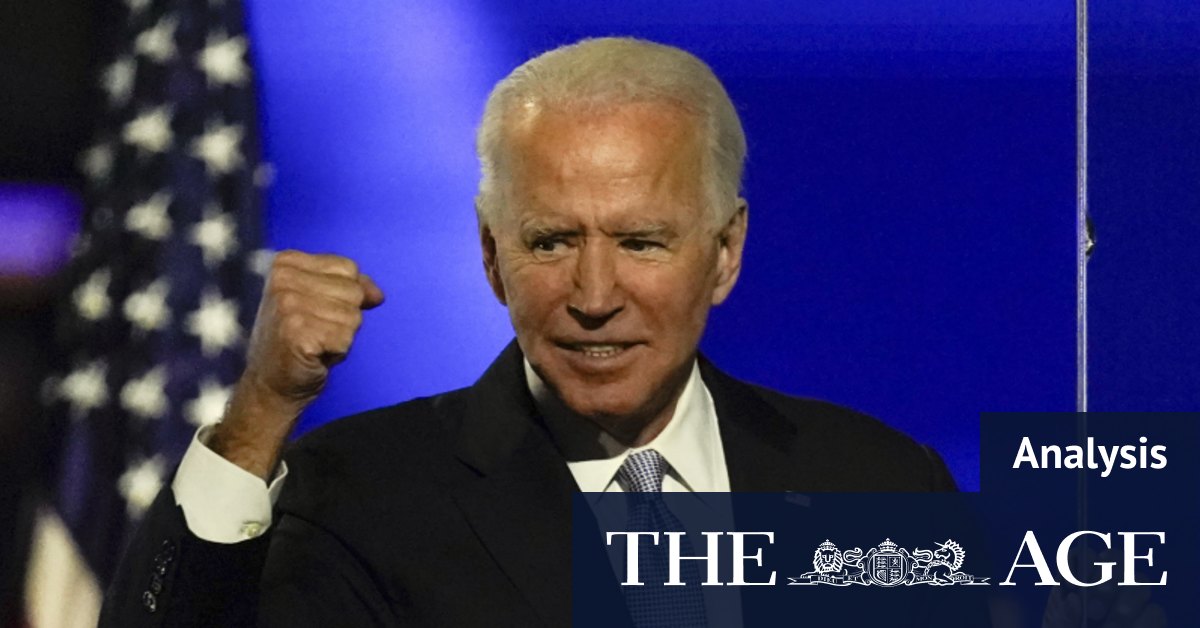 The old words of civility rang fresh and new in the mouths of those who soon enough will inhabit the White House, and who were claiming the victory that had been long in the coming.

So many qualities in a single figure that were long overdue from the leadership team of such a diverse nation.

What did not need to be said was that for the past four years, the world had been treated to the spectacle of a US President apparently incapable of displaying empathy, pursing his lips and enthusiastically exploiting the divisions across his nation, rather than trying to heal them.

Senator Harris reminded us that Biden knew more about healing than any one person should have had to learn. In December 1972, he had just been elected a Senator when his wife Nelia, aged 30, and daughter Naomi, still a baby, were killed in a car smash while on a Christmas shopping outing.

Biden was sworn in to office as a senator at the bedside of his two sons, Hunter and Beau, who were injured in the crash. Forty three years later, in 2015, Biden – by then vice-president – attended the funeral of one of those sons, Beau, who died of brain cancer.

And as he stood at the victor’s podium in Delaware, the second smallest state in America, the first to ratify the US Constitution, and the state that made Joe Biden a Senator all those years ago, he spoke of the love of his second wife Jill, and their children, and Hunter, whose name Trump had tried to blacken, as having got him through.

And where was Trump as Biden and Kamala Harris gave their soul-laden speeches?

Bunkered in the White House, post-golf, even his Twitter stream silent. Earlier he had rage-tweeted “I WON THIS ELECTION, BY A LOT!”

No concession speech seemed in prospect.

The President of the United States seemed nothing so much as the pathetic kid at school who, realising he was losing the hundred-metre dash, always staged a fall before the end, squalling about how he would have won if he hadn’t tripped or got bumped.

Trump, of course, was bearing the humiliation he heaped on contestants in the so-called reality TV show that delivered him what passes for celebrity in America. “You’re fired,” he snarled again and again on The Apprentice. This time, it was the American democratic system that was sacking him.

Biden offered oblique sympathy, though not for Trump himself.

“For all those who voted for President Trump, I understand the disappointment tonight,” he said, urging everyone to put away the harsh rhetoric and to listen to each other again.

“I have lost a couple of times myself.”

And so he had.

Biden presents as a homespun, ordinary man, a son of the modest city of Scranton, Pennsylvania – the state that, deliciously, handed him the crucial electoral votes at the weekend – who grew up being teased for his stutter.

But he is not an ordinary man in the sense that suggests the mundane.

He has long thirsted for the presidency, and was picked out by Time magazine in the year he became a Senator as one of those most likely to become President some day.

Along the way he learned to handle rejection: he ran for the Democrats’ Presidential nomination in 1988 but withdrew after he failed to attribute part of one of his speeches to the British MP Neil Kinnock.

He tried again in 2008 but didn’t secure the nomination. But his disciplined approach caught the eye of Barack Obama, and he became Vice-President in his administration.

And here, finally, he was President-elect, speaking for himself about the America whose soul he wanted to restore.

“Our nation is shaped by the constant battle between our better angels and our darkest impulses,” he said.

“And what presidents say in this battle matters. It’s time for our better angels to prevail.”

This being an American victory, Biden quoted a Catholic hymn to define his meaning of healing.

“And he will raise you up on eagles’ wings, bear you on the breath of dawn and make you shine like the sun….”

Previous TAB system back online after going down for more than 24 hours
Next ‘It’s not the track’: Focus on internationals in fallout from Cup deaths

So why has Indonesia recorded so many cases, so many more deaths and conducted so …