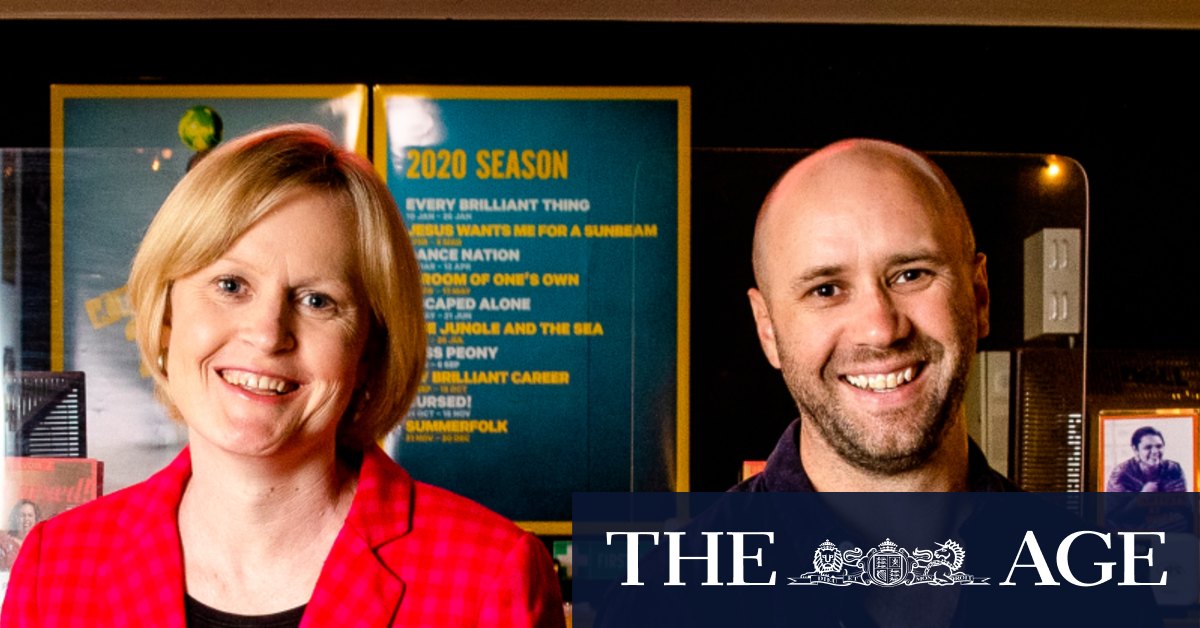 “This thing is with us for a while and anything could happen.”

Were the Berejiklian government to boost seating capacity to 75 per cent “it means we’ll go broke slower”.

“We’re not on the edge right at the moment,” Flack says. “Look, theatre companies have been living life and death for a decade and COVID just brought the edge closer, very suddenly. So until we can get back to steaming along we remain on a long slow trajectory towards insolvency.

“Certainly getting back to 100 per cent means we are at least in an environment where we can rebuild and survive. We could always massively reduce our program but what’s the point at that? Our only purpose is to put artists in front of audiences. We have managed to ring-fence our program so far and maintain the number of jobs for artists. We survived the catastrophe but the crisis is still simmering away. That’s true for all companies, large and small.”

The office of the Minister for Tourism, Stuart Ayres, did not comment on the likelihood that theatre capacity restrictions would be lifted for the opening of the musicals PIPPIN and Disney’s Frozen by the end of the month.

Flack said the 2021 season was a balance of retaining long-time audiences while broadening the array of stories the theatre company told that could appeal to new patrons.

Opening Belvoir’s season will be the musical Fangirls, back after a sell-out debut season. The first play by former ABC correspondent Sally Sara follows, veering close to the autobiographical. Stop Girl is about a foreign correspondent who reports from the world’s dangerous frontlines returning and adjusting to life in Australia.

Sara says Stop Girl was a collision between her love of theatre and having a “story I couldn’t tell any other way”.

“As a country kid, I was desperate to get out and explore the world, experience everything. So, I threw myself into journalism. I loved it, especially working as a foreign correspondent. But I guess some of it eventually came at a personal cost.

“I broke down 11 months after I returned from Afghanistan. I wasn’t fully able to find the words to describe what happened. It was too raw and confusing to tell the full story in the first person. For a while, I was ashamed and shocked by what happened. There is grief in feeling so strong for so long and then feeling so suddenly vulnerable.”

Sara wrote the first draft in 2016 and then kept redrafting, sending it to nine different theatre companies. “Some were interested, some were not,” she said. “Belvoir showed interest from the beginning, but the script needed a lot of work.”

In 2017, the play was selected for development by Playwriting Australia. In 2018, PWA teamed her up with Kate Mulvany as mentor and dramaturg while Sara was working in Kenya, the two in contact by phone and email.

“The script is currently in its 14th draft. It’s been more than five years since the project began. Only my family, close friends, and a few colleagues knew I was writing the play. I kept quiet, in case it never eventuated.”

Sara hopes the play gives the audience an insight into the reality of war reporting, especially from a female perspective. There are very few stories on the Australian stage about Australian women returning from war.

“The play is raw. But there is plenty of joy too.”

Linda Morris is an arts writer at The Sydney Morning Herald

Previous NSW road map offers a way out of energy uncertainty
Next Tablet: Important information about the SMH for iPad app