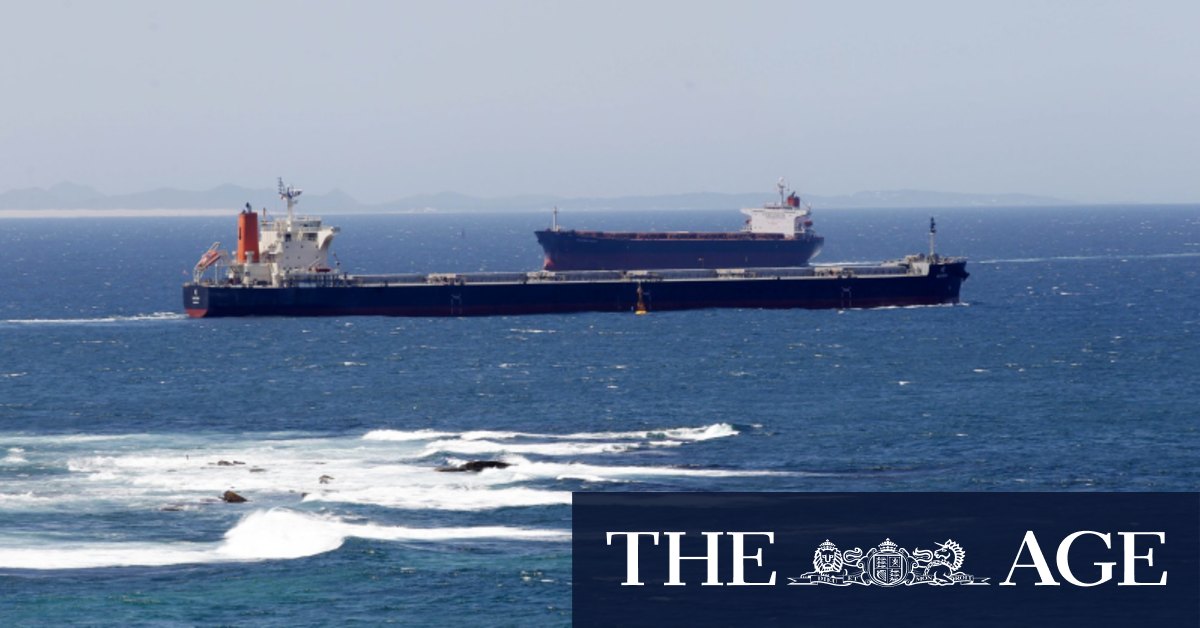 Wine, seafood and timber exporters have found their access to the Chinese market restricted despite no official notification from the Chinese government. Coal exports have tightened as Chinese steel mills and power stations reach their annual import quotas and Chinese authorities attempt to protect local miners.

A spokesperson for Great Eastern Shipping, India’s largest shipping company, told The Hindu on Sunday that it had made several attempts to relieve the crew but had been frustrated by coronavirus restrictions that have stopped them from going ashore or being replaced.

“The situation on board is truly grim and extremely concerning. The crew on board are suffering from severe fatigue and stress,” the spokesperson said.

The company said it had attempted to negotiate with the charterers of the ship from the Australian port to divert the coal to Japan. “Regrettably, none of our efforts have yielded results so far,” the spokesperson said. The company responsible for the coal has not been identified. Great Eastern Shipping was contacted for comment.

In a letter posted to Twitter on Friday, the wife of one of the crew members urged Modi to raise the ship’s fate with his Chinese counterpart.

“Due to severance of diplomatic ties between China and Australia the vessel is on anchor since June 13 with no news of near berthing schedule,” she said.

“Deteriorating health of crew members is also a major concern with some being declared unfit by [the] company doctor.”

Foreign relations legislation to be introduced to Australia’s Parliament this week could further ratchet up tensions between Canberra and Beijing days after Chinese state media warned bans on seven Australian exports including wine, sugar, copper, barley, coal and lobster were imminent.

The legislation, if passed, will allow the federal government to veto agreements between states and universities and foreign powers, including Victoria’s Belt and Road infrastructure deal with China.

Trade Minister Simon Birmingham said blanket bans had yet to eventuate and some products were getting through, but added there were “deeply troubling and concerning aspects” to parts of Australia’s trading relationship with China.

“China is obviously a very important export market to Australia, but we do encourage our exporters to recognise that the risk profile during the course of this year of trade with China does appear to have changed,” he said.

“Whenever any country unreasonably blocks our exports, we do have to act,” she said.