Biden faces challenge to return US to global leadership 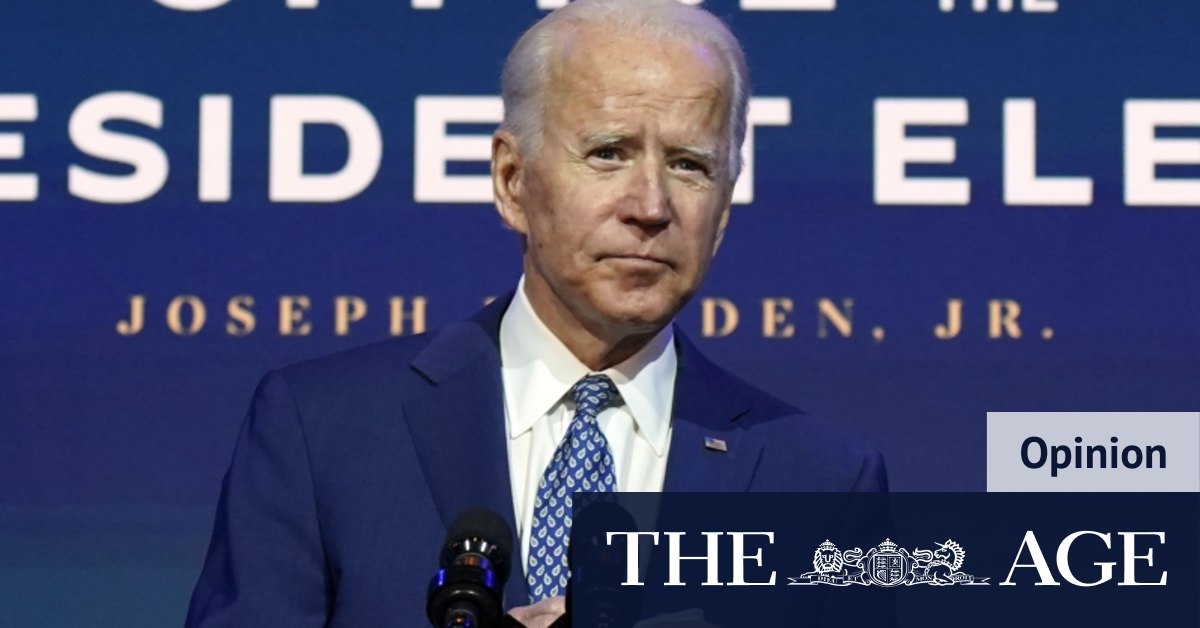 But to step back from supporting one side in the conflict is not to lead. For that to happen, Washington would need to push for a new direction in Yemen that would resolve the conflict, and to do that it would need to address the wider picture of its relations with the Gulf monarchies, Israel and Iran. Only then could it return to being the driver of change.

On two of Mr Biden’s stated priorities – trade and climate change – the same pattern can be seen.

A key part of the Obama administration’s much-publicised “pivot” to Asia was its commitment to the trade deal known as the Trans-Pacific Partnership, from which Mr Trump walked away. Mr Biden has said that he ”will not enter into any new trade agreements until we have invested in Americans and equipped them to succeed in the global economy”. Persuading foreign partners that the US remains committed to global free trade while assuring voters in his Rust Belt states that there is a future for them will require more than rhetoric.

Mr Biden has already announced that he will return the US to the Paris Agreement and the World Health Organisation, and he understands that on climate change and tackling the COVID-19 pandemic, he will enjoy far more international goodwill and help than has Mr Trump, who was often publicly and unapologetically at odds with his closest allies.

In his Delaware victory speech, Mr Biden positioned himself as a healer, quoting the Bible. But as a US senator for much of his 40-plus years in politics, and a witness in recent days to Mr Trump’s continued electoral strength, the President-elect knows that he is operating in a nation where the idea of consensus is discredited and broken, even down to a matter as simple as whether to wear a mask during a health emergency.

The inflection points Mr Biden listed included Abraham Lincoln “coming to save the Union” in 1860 and Franklin Delano Roosevelt “promising a beleaguered country a New Deal” in 1932.

Whether he will be able to take as bold a stand as either of those men in support of a decisive shift away from fossil fuels and towards new sources of energy and new livelihoods for those Americans who have worked for so long in the fossil fuel sector – or indeed to espouse the “Green New Deal” championed by many within his own party – will depend on his ability to engage interest groups across the divide and rebuild consensus in unprecedented ways. That is quite an ask for a man who will turn 78 on November 20.

Mr Biden has confounded expectations before, returning from the graveyard of past presidential candidates and fighting back from the brink of defeat in February to prevail over his Democratic rivals. He has experienced and overcome terrible personal tragedy. People around the world will be hoping he has more surprises left.

Power up: Will Meghan’s 40s be the decade she truly hits her stride?

So how might she capitalise on the extraordinary successes that she enjoyed during her 30s? …