Breaking News
Home / Federal Politics / Does the public have a right to know about Canberra’s culture?

Does the public have a right to know about Canberra’s culture?

admin 3 weeks ago Federal Politics Comments Off on Does the public have a right to know about Canberra’s culture? 15 Views 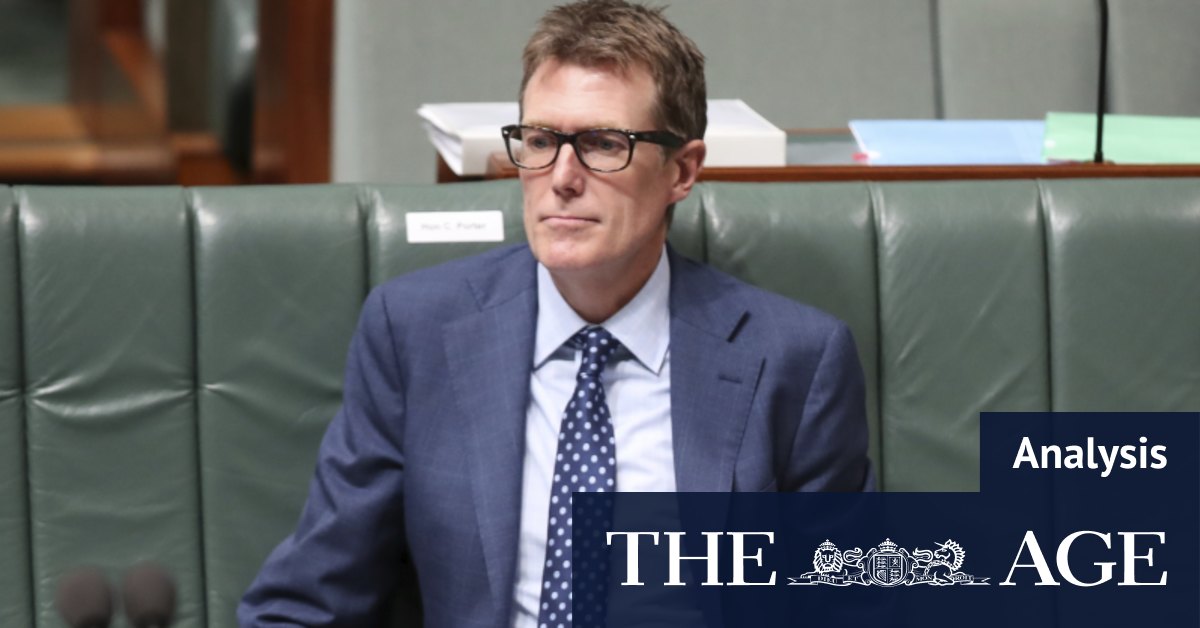 Journalist Louise Milligan revealed these events formed the background for former prime minister Malcolm Turnbull’s imposition of the notorious “bonk ban” on his ministers in 2018, following weeks of disastrous reporting on the sex life of Joyce, then deputy prime minister.

So naturally the news has Joyce picking over the past.

“I believe the bonk ban was never a bonk ban, it was a Barnaby ban,” he told reporters on Tuesday.

“It was created … to remove me from office.”

It seems Tudge was technically not in contravention of the ban at the time it was imposed.

Also, Joyce was not removed from office. He resigned, following separate allegations of sexual harassment and questions over whether he had misused his ministerial entitlements when carrying on his affair (an internal review found he had not).

Despite invoking disturbing flashbacks to a time when Joyce’s sex life was a matter of national importance, the program raised issues with the culture of Canberra, which seems to have nestled itself somewhere in the 1950s.

A simpler time, when workplace alcoholism and bottom-slaps were de rigueur, and the careers of young women were seen as cute, but unimportant.

The program also contained details of Porter as a young law student making sexist, asinine commentary on the “chicks'” debating team, and similar, in the law school magazine.

It is highly possible Porter was something of a jerk at university, in news that will surprise no one who knew any aspiring politicians while they were forming themselves in tertiary education.

He acknowledged as much, apologising for the material he wrote 24 years ago. “I obviously wouldn’t write that now and it is something I regret”, he said in a statement.

No one wants to be judged for the sins of their 20-year-old selves, and chances are most of us were objectionable at some point during our youth, if not for large chunks of it.

But the back story and creation myths of politicians are often reported in a very positive light, usually with the enthusiastic participation of the politicians in question. If the not-so-positive stuff comes out, that is the price of entry to politics.

Is any of it in the public interest?

In pondering that, it’s worth noting that Australia has traditionally had a polite press culture when it comes to personal matters.

Extramarital affairs are off-limits, or were, until News Corp’s Sharri Markson shattered that custom with her expose of Joyce’s relationship with his staffer Vikki Campion (who has since borne him two children).

The consequent “bonk ban” gave journalists a reason to further report ministers’ extramarital affairs, now that they do actually constitute a breach of rules. The danger of such journalism is it can be gossipy, difficult to substantiate and can come across as character assassination – criticisms made of the Four Corners report.

In Britain or the United States, where the press culture is less homogenised and more robust, all this stuff has been fair game for journalists for decades.

Has our more polite culture benefited the public, or the politicians? Does the public deserve to know about unprofessional conduct by ministers? Should the booze-soaked, oft-sexist environment of Canberra be kept hidden from us?

Here is the true nub of the thing: the power imbalance between a minister and a ministerial staffer is enormous.

Ministers’ offices are small fiefdoms, extremely hierarchical. Every staff member is essentially there at the pleasure of the minister, and there is no recourse to a human resources complaints process if things go wrong for a young woman on a lower rung.

In 2019, The Sydney Morning Herald‘s Eryk Bagshaw reported on allegations from two female former Liberal staffers that they had been sexually assaulted by fellow Liberals while working in Parliament House.

The young women said their reports were dismissed by senior party figures, and called for a robust complaints mechanism for women in this position. None has been established.

There is no question a gendered double-standard applies when it comes to the real-world consequences of unprofessional behaviour.

Female politicians know they have to be arrow-straight, either happily married or married to the job. Women who succeed in politics are invariably styled, or style themselves, as girly-swots, lady-nerds who live for policy, not passion, and who conduct themselves in an abstemious manner.

But male politicians benefit from much more permissive attitudes.

We shrug our shoulders at the thought of a man, far from his wife and kids, in a pressured atmosphere full of booze and unattached subordinates, taking advantage of the situation to indulge himself. This happens on the Labor side of politics as much as the Liberal side.

We will ask a female politician how she can manage her job while juggling motherhood. We gloss over the detail of how a minister of the Crown can competently perform his duties while managing a long-distance family life, night-time boozing, and extramarital affairs that must take up valuable sleeping (and working?) time.

And then there is the predictable asymmetry of consequences.

The women in question invariably get moved on to another office, or are so sullied and bruised by the experience they quit politics. The men barely falter. Joyce resigned his position as leader of the Nationals, but he kept his job, and it’s not inconceivable that he could be leader again.

It is a familiar pattern, and it is very tiring.

It may go some way to explain why the serious business of federal government remains so stubbornly, overwhelmingly male.

Previous ‘Not on’: Morrison warns ministers they cannot have flings with staff
Next Suu Kyi’s party claims to have won majority in Myanmar polls