High five as Stars emerge as WBBL team to beat 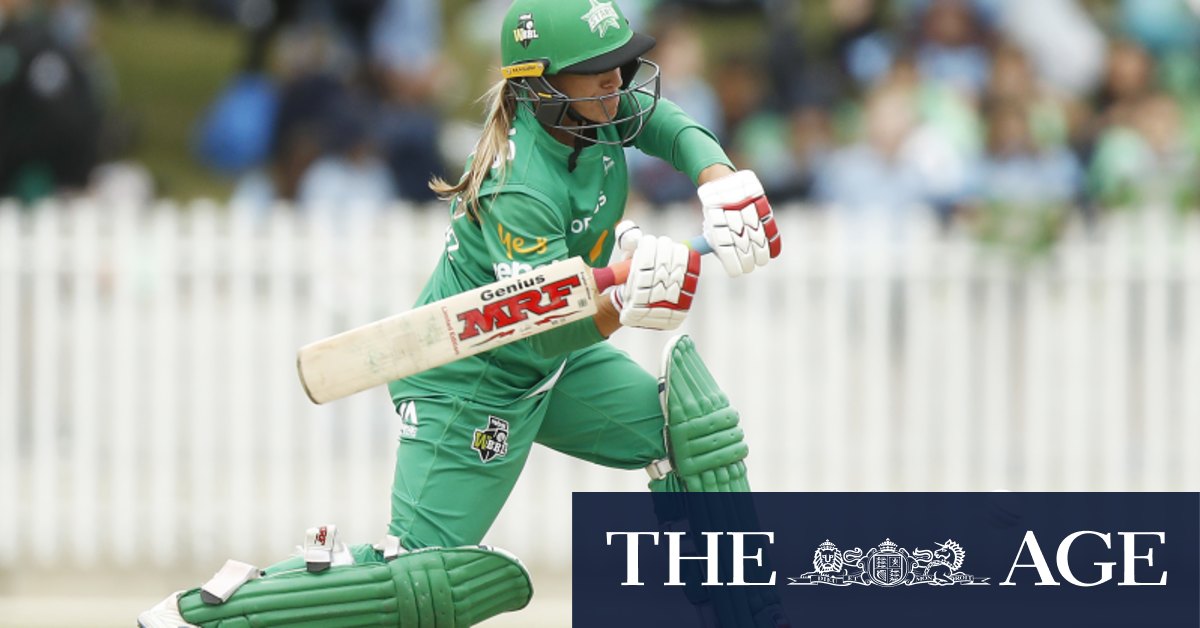 Du Preez always enjoys playing against the Strikers – three of her seven half-centuries have come against them – and she was in fine touch, easily negotiating pace or spin.

The Strikers were dealt a blow when New Zealander Suzie Bates aggravated a shoulder injury in the field. Bates (28 off 23) had been in good touch with the bat in her first game of the campaign, having been hurt in the recent series against Australia.

“It was nice to get a few away in the middle. I would have liked to have kicked on. I feel like I am up to 100 per cent with the batting,” Bates said during play.

But that was not the case in the field, where she was in pain and forced to the sidelines after delivering her first throw of the afternoon.

Fast bowler Nat Sciver (4-29) led the way with the ball for the Stars although the Strikers’ South African star Laura Wolvaardt (46 off 40) was a major hindrance.

Wolvaardt showed just why she was the fourth leading run-scorer in the competition by maintaining an aggressive mindset. She thumped six boundaries but gave herself too much room when looking to slash Tess Flintoff through cover and was bowled. When Flintoff struggles, she often veers down leg side but this delivery reinforced why the 17-year-old, who has been completing her year-12 studies while in the Sydney hub, is a star of the future.

Amanda-Jade Wellington (29 off 17) provided some late punch, including a six over mid-wicket, but the Strikers’ hopes were hampered by Sciver, who claimed three wickets in the final over, including two with the final deliveries of the innings.

Players from both teams took a knee before the match in respect of the Black Lives Matter movement.

The Melbourne Renegades are dealing with another significant injury, with Georgia Wareham to miss the remainder of the season because of a bone-stress reaction in her shin.

The Australian all-rounder had been the Renegades’ leading run scorer this season, including 54 not out against the Sydney Sixers and 42 against the Adelaide Strikers, while her leg-spin was also an integral part of the attack. Wareham joins key fast bowler Maitlan Brown on the sidelines, the latter set to have surgery this week on an injured hamstring.