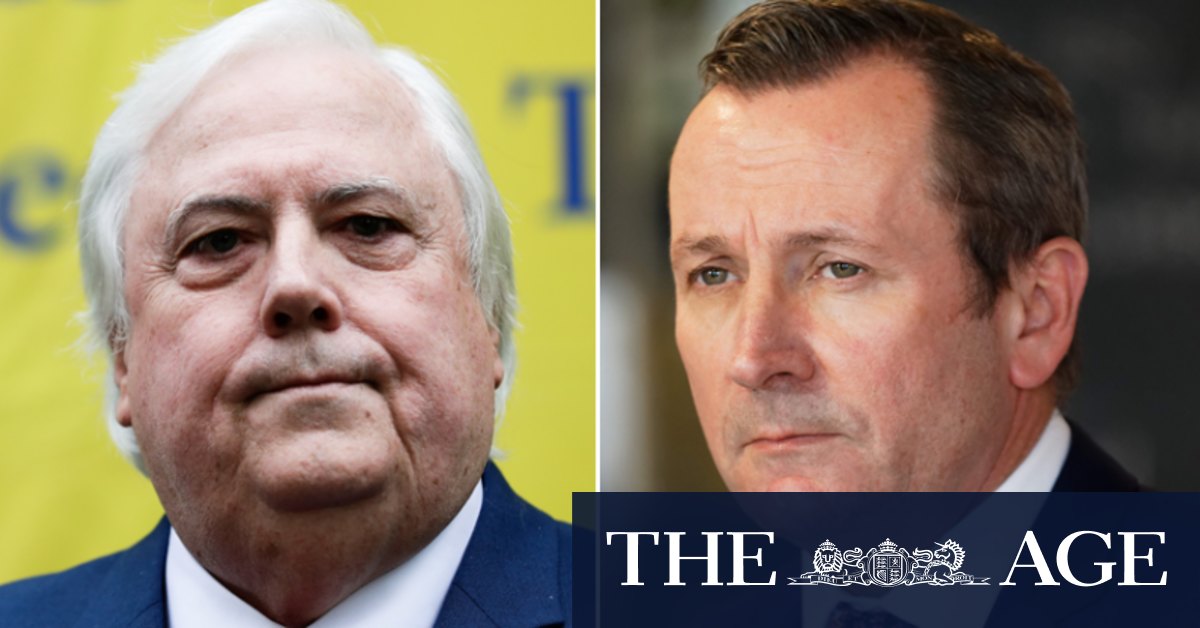 “He called me a criminal. He compared me to Adolf Hitler and Saddam Hussein and Richard Nixon. He said I was corrupt … I mean it’s pretty defamatory stuff,” Mr McGowan said.

The first Federal Court hearing into the matter was heard on Tuesday by Justice Richard White, who indicated cases of this nature were usually resolved quickly so any defamed person could be vindicated swiftly.

But Mr Palmer’s lawyer, Matthew Richardson, said the trial may be delayed as some of the evidence crossed over with separate legal proceedings in the High Court, where Mr Palmer is suing the WA government over the introduction of its ‘Palmer law’, which blocked his $28 billion claim for compensation over the Balmoral South iron ore project.

Some of the allegedly defamatory statements made against Mr Palmer relate to the bill, with Mr Richardson claiming the facts determined in that case would underpin the context of the defamation proceedings.

“In this case, speaking frankly, the evidence for us on the cross-claim will be to set out the history, the mediation agreements, the arbitration agreements, the companies, what’s happened over the last 10 or 15 years and then say, ‘then there is this amendment act, this is what McGowan and his ministers have said about the amendment act, this is what we know’,” he said.

Asked whether mediation was possible to resolve the legal action, Mr Richardson said; “Given the run of the last three months, I’m not certain it would be a useful way for the parties to spend their time”, but he would seek instructions on the matter.

The WA government earlier this month prevailed in Mr Palmer’s High Court challenge to the constitutionality of the state’s hard border policy, after the billionaire was denied entry when travelling from Queensland in May.

Mr Palmer is yet to speak publicly on the loss.

Mr Richardson indicated it was unlikely Mr Palmer would give evidence in person at the defamation trial, with the case instead to heavily rely on documented media reports and the reach of those reports.

Mr McGowan’s lawyer, Carmel Galati, said any delay to the proceedings caused by arbitration could blow a trial date out by “quite a lot”.

The defamation proceedings were adjourned until December 11.

Heather McNeill is a senior journalist at WAtoday.