Race-by-race preview and tips for Hawkesbury on Wednesday 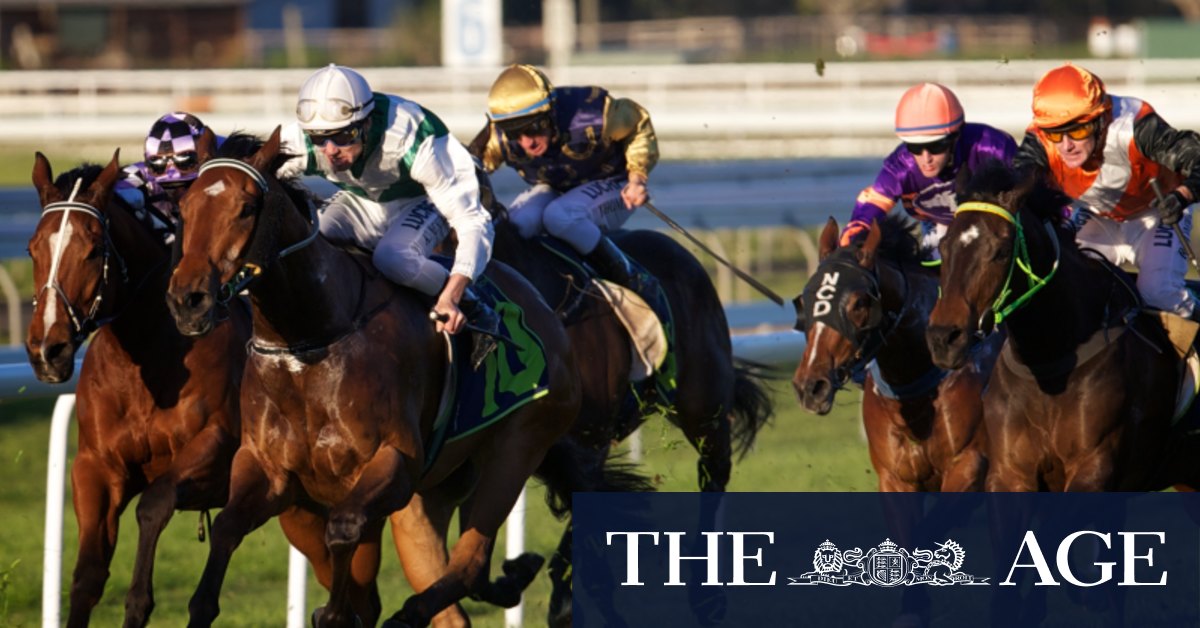 2. Brooks Battle didn’t disgrace behind Doubtland on debut in March and there’s plenty to like about her latest trial leading into this. From a good draw in a small field, she’ll have every chance to be in the finish.
Dangers: 6. Super One Susie tried to go with the winner when runner-up at Kembla second-up almost a month ago. Fair to say she had her chance but at peak now after two runs back and is the logical threat. 5. High Tribute started favourite when resuming at Nowra and just found herself way too far back before making late ground to be beaten three lengths. Trialled again since and expect her to improve up in distance. 7. Winning Business just missed over 1000m here two starts ago then plain off a wide gate at Muswellbrook. No surprise to see her run more to her Hawkesbury effort.
How to play it: Brooks Battle win; Quinella 2 & 6
Odds & Evens: Evens.

4. Edmond has had this race fall into his lap so, while he did have his chance when beaten at $1.70 at Newcastle first-up, he should have no excuses here. Fitter, barrier one, small field, he’s entitled to win this one.
Dangers: 1. Big Lion showed a bit of promise in his first preparation with a few placings including a third at Kensington back in June. Closed off OK in a 791m trial and that’s a good guide to how he might perform over a more suitable trip fresh. Keep in mind. 8. Mission Bravo had some support on debut back in June but disappointed. Trialling up OK, including a runaway win in a synthetic heat last week. Watch betting. 5. Karlstad showed a bit more in his second trial this time in and bred to appreciate a bit of ground. Could run a cheeky race on debut.
How to play it: Edmond win; Trifecta 4/1,5,8/1,5,8.
Odds & Evens: Split.

1. Carluca is racing consistently and should have finished a bit closer when runner-up here a couple of weeks back behind a horse who has since won in town. Dry track suits, drawn well and down slightly in weight. Should be running well again.
Dangers: 3. Montserrat showed sharp improvement second-up in the same race as Carluca, running a close third. Expect he’d be at his top now, and if he can lift further on that effort will be hard to beat. 2. Harpo Marx didn’t quite live up to expectations after a couple of promising early runs last time in but is back as a gelding now. The mile is as short as he wants it so expecting him to settle back and hit the line hard. Could surprise if the gelding operation has worked but he’s one to keep an eye on for next time. 5. Buba was a big drifter in betting first-up at Kensington but found the line pretty well into third. Down in class here and, while all his wins and placings have come on soft 6 tracks or worse, this is a good chance for him to show up on top of the ground.
How to play it: Carluca each-way.
Odds & Evens: Odds.

5. Sahra is the shortest-priced favourite of the day and rightly so on what she’s done in two starts to date. Dominant on debut then bumped into North Pacific on a heavy track before a break. If she’s come back just as well, she’s the one to beat.
Dangers: 4. Thudson was no match for the winner when resuming with a solid second to Malkovich over 1000m here. Fitter for that, doesn’t look as exciting as his stablemate but has race fitness and recent form to recommend him. 1. El Cohete was a shade unlucky on debut then won second-up, both at Kembla, before a below-par run at Wyong in July. Trialled twice, drawn well and the betting will be a pointer to his chances fresh. 2. Bondi Blue is an interesting runner having his first start for Gayna Williams without a public trial. Comes off a consistent last prep and bears close watching.
How to play it: Sahra win; Trifecta 5/1,2,4/1,2,4.
Odds & Evens: Split.

10. Glock is a 10-start maiden but this race has fallen away and he has the racing style to give him a big chance to break through. Trialling very well, drawn to be right on the speed and is entitled to take some catching.
Dangers: 4. Titanium Power has a wide gate on debut but it’s not as bad as it looks with a few scratchings. Trialling up pretty well and if there’s any support for him it would be worth taking note of. 1. Always Sure is another debutant and his two trials for the new stable have been OK without standing out. Market watch on him too but this race is very winnable. 7. Mikhail has been hit or miss in his five starts with two handy placings and three flops against his name. Had excuses and subsequently spelled after his latest effort in April and did trial OK. Each-way hopes.
How to play it: Glock win.
Odds & Evens: Evens.

2. Looks Like Elvis has been racing very well all spring without a heap of luck. Overlook his last run at Randwick and go on his excellent efforts in the Shannon three back and the Epsom beaten 1.7 lengths. Drawn to have every chance and a dry track suits.
Dangers: 6. Savacool hit the line strongly in the Port Macquarie Cup then not overly well suited by a heavy track in the Rosehill Cup last time. Excels at this trip and has won on this track at her only attempt. Sure to be screaming home. 10. Spencer was a game third in the Rowley Mile over this course three runs ago and held his ground on a deteriorating track at Randwick off a seven week break. Fitter for that and is a good each-way chance. 3. Military Zone was never in the hunt but wasn’t beaten far when resuming in the Sydney Stakes. Up sharply in trip but has trialled since and excels second-up. Wouldn’t shock if he goes close.
How to play it: Looks Like Elvis each-way.
Odds & Evens: Evens.

6. Kypreos didn’t seem to want to be there when beaten at $1.50 at Nowra second-up so forget that run. Dominant fresh and drawn to get some cover this time. If he runs to his best he can be more than competitive here.
Dangers: 5. Fastconi led all the way to break his maiden status at Newcastle then had excuses when taking off a bit early at Kensington up in class. Has a gear change suggesting there may also have been an issue last time so give him another chance. 7. The Empire races on the pace and did that when winning at Nowra in the same race as Kypreos. Has two wins and two lasts against his name so far, which is a small worry, but he should give a good sight. 1. Donandkim didn’t seem to come up to his best last time in and this is a drop in class on what he contested. Given a quiet trial a few weeks ago and if he attracts support that will be a big pointer.
How to play it: Kypreos each-way.
Odds & Evens: Split.

1. Unamerican is flying at present and, while he rises in weight on his easy Cessnock Cup win, there’s no reason why he can’t keep it up. Sat off the speed when winning third-up then led last time, so is versatile and hard to go past.
Dangers: 2. Tampering has been racing well with three seconds from four runs back and did try hard last start at Kensington. Down a notch in grade and will give her usual honest showing. 3. Stick ‘Em Up ran a handy race fresh then disappointing second-up over a mile at Kembla when well in the market. Extra trip suits and did beat Unamerican back in May. Capable of improving. 4. Donnachiara continued her good form this time in with a narrow win over 1800m here a few weeks back. Extra distance isn’t an issue and stays in the same class. Can’t be left out of the main chances.
How to play it: Unamerican win; Trifecta 1/ 2,3,4/2,3,4.
Odds & Evens: Split.