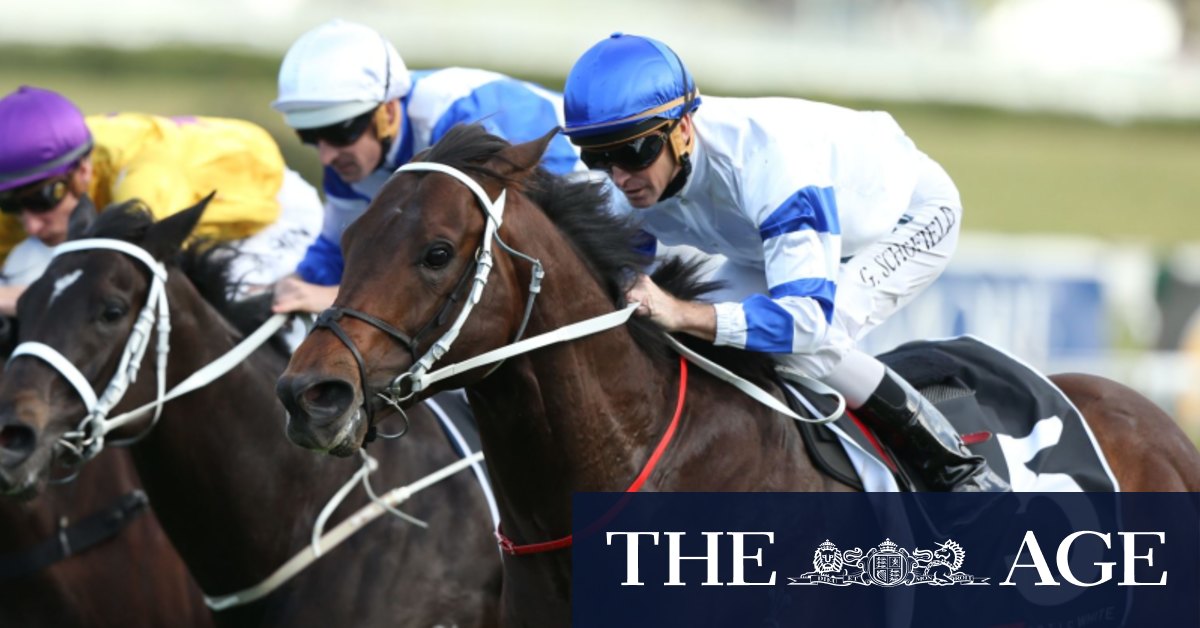 Jupiter’s Peak is trained by Angela Davies, who runs a small team on the Central Coast and boasts one of the best winning strike-rates in the country.

The filly looks ideally suited over a further 200m and, from a handy draw and down in weight, she should be able to conquer likely dangers, which included three-year-old Newcastle stablemates Alastor and Galaxy Belle.

Kris Lees-trained Ciao Uno is looking for two straight after a dominant maiden win at this track but will have to contend with talented local Nicci Trix, who won her maiden here by five lengths and has since bolted in by more than eight lengths in a trial.

Earlier, in one of the more competitive markets on show, big-finishing Scone seven-year-old Aristograts can win his first race since January fourth-up in a benchmark 66 stepping out to 1500m.

The horse has had several stable changes since his debut a little over four years ago.

He was initially with Greg Bennett in the Hunter before being transferred to Murwillumbah, then back to Newcastle and on to Sydney before joining the Rod Northam yard this winter.

Since then he’s hit the line hard in all three runs and looks suitably placed over this distance, although local five-year-olds Okay Boss and Stylish Pattern and Newcastle’s Manhattan Whirl and Greenskeeper all have winning credentials.