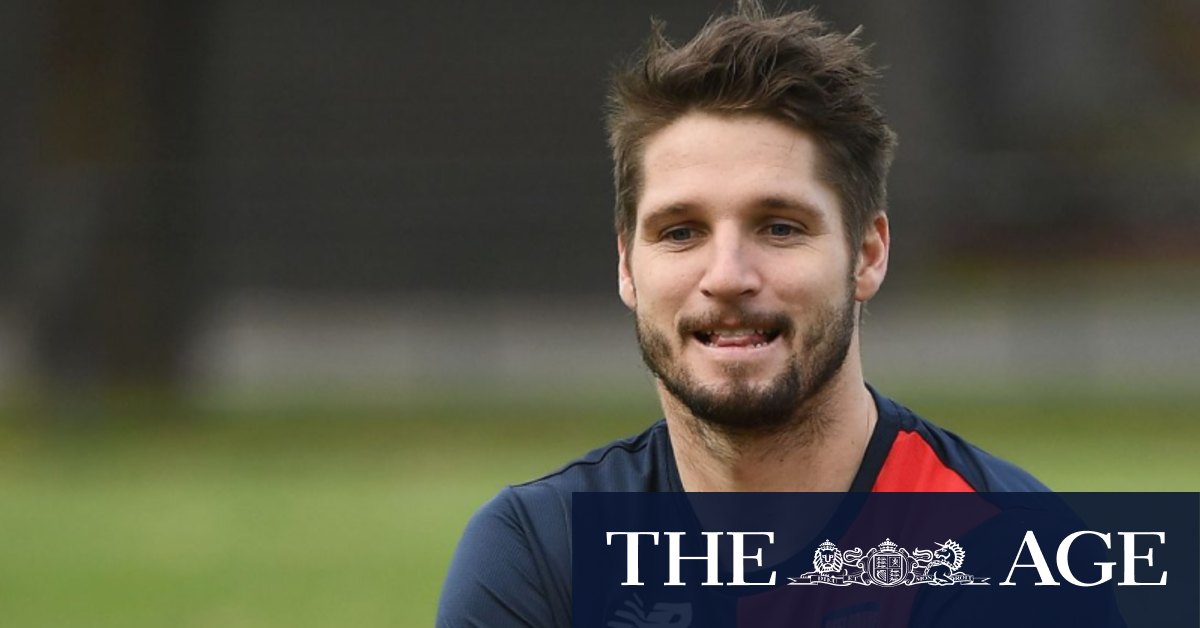 “All the boys I have spoken with at GWS say they barely get recognised, nobody really seems to care too much about footy.

“It doesn’t mean you go over there and I think you can do whatever, but it will just be nice to go for a beer or just go to the beach and not be recognised or hassled to a degree.

“It’s definitely a plus side when it comes to moving to GWS.”

Hogan said he could have handled scrutiny from the WA media better after arriving as Fremantle’s gun signing on a three-year lucrative deal that promised much.

After a strong end to 2020 up forward alongside fellow talls Matt Taberner and Rory Lobb, he had hoped to join the trio again for 2021 and regretted the roadblocks that made the naturally-shy Hogan feel further isolated.

“I think on reflection, I wish I just had a better run at it,” Hogan said.

“I kind of just isolated myself a little bit and struggled with that a bit … that was the initial thing, not getting a good run at it and only getting 10-12 games each year was disappointing.

“The fact that I finished this year with a good body, and mentally and physically I’m in a good position, it would’ve been nice to potentially give it a full year alongside Tabs and Lobby but it hasn’t transpired and I think this is the best move for all parties.”

Hogan said this November was the first since his move to Fremantle he wasn’t walking around in a moon boot, after suffering a debilitating navicular injury at the end of his time at Melbourne in 2018.

“Even just being able to have an off-season program and train and still keep myself moving has been massive for me, physically and mentally,” he said.

“You’ve kind of got targets rather than just waiting for a bone to heal.”

Hogan will start his pre-season earlier than required, alongside GWS first-to-fourth-year players, and has caught up with coach Leon Cameron over Zoom several times.

“It was a bit of a whirlwind, [the news] took a little while to settle in but I couldn’t be happier,” he said.

“I had Stephen Coniglio give me a call and a few of the other boys … everyone seemed really consistent about their thoughts on the club, the lifestyle they live over there and the balance they have, so from those conversations I was really intrigued.

“The last few years I’ve had a few injuries and a things not go exactly to plan but I guess that’s just footy, there’s no perfect script for it.”

The Claremont product doesn’t consider himself a replacement for inaugural Giant and star goalkicker Jeremy Cameron, despite the former captain likely to join Geelong before Friday’s trade deadline.

“I guess I played a little bit down back as a junior and only really trained down back with Freo. It didn’t go exactly to plan … so I think I’ll stay up forward,” he said.

“Obviously Jezza Cameron has probably been one of the top two or three players of the decade so I’m not going to go in there with any expectations to be doing that, I just want to get healthy and fit and get back to that level of that footy I know I can play, or even better.”

The man who first lured Hogan home, Ross Lyon, said his new club had several list challenges and it was worrying first-round picks and older Giants had left the club after a disappointing season.

“I have instinctively got some concern for them,” he told Wide World of Sports.

“Jeremy Cameron, he just seemed the fabric of the team and the club, so to lose him it’s not ideal obviously, he’s a real pillar of the team.

“His form reflected where his mind was at during the year, he didn’t play great football. He is a high, high-end performer who had a down year.

“I think they’ve got some huge challenges on their list, the talent flow out has been enormous. There’s a couple of first-round picks that have gone or haven’t come on.

“They’ve had a really big (premiership) window, but they’ll be backing themselves in.”