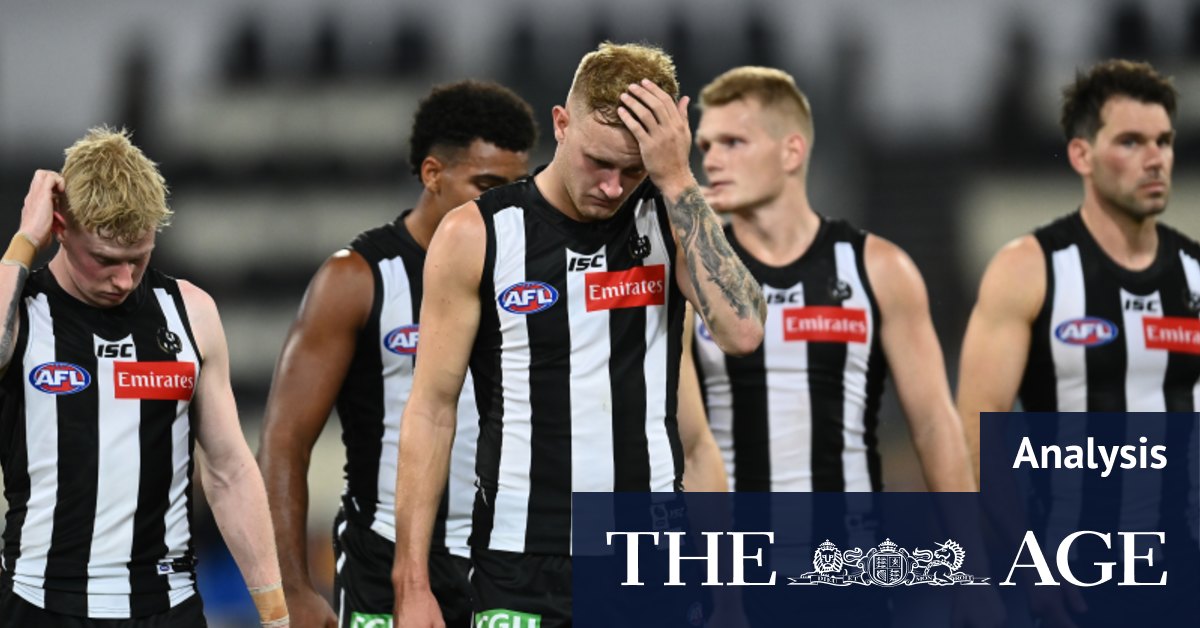 The club could well need a “fire sale forum” for the members, having stood up before the fans and addressed issues such as a soft tissue plague in the recent past. At least this time, it can be done virtually.

The strategy they had developed and which Buckley clearly endorsed – pushing players out, replenishing at the draft – was founded upon a recognition of this reality: that they could not continue to push toxic contracts into the future.

The problem was that they did not gain the kind of draft return they desired for Treloar and especially Stephenson and that they have lost two players, whom they brought to the club for an aggregate of three picks inside the draft’s top seven. Ouch.

The Treloar deal was less embarrassing than the Stephenson trade, which has seen the latter, good enough to boot 38 goals in his first season and win the rising star award, sold for a second-rounder and an upgrade in the second round. Treloar did ultimately fetch a first round pick (14), with a slew of other picks changing hands. But Collingwood doubtless will pay a portion of Treloar’s estimated $4.45 million five-year contract – and the devil will be in those details.

The circumstances of Treloar, Phillips and Stephenson differed – Phillips had been marginalised and was not guaranteed a game, while Buckley had lost faith in Stephenson in the course of this season and there were, obviously, concerns about Treloar’s long-term viability.

But the common thread of the three discarded Magpies was that they had been given contracts that exceeded their on-field value – the situation that also applied to Ben Brown, who did find a home and reduced deal, and Melbourne’s Tom McDonald, who did not. Treloar was due just under $900,000 per annum – a situation caused by repeated back-loading of an original six-year deal, worth more than $700,000 (times six) that he signed when crossed from GWS in 2015.

The Magpies had pushed back that money and eventually renegotiated, but the upshot was that they had to repay Treloar the money that they owed him – we’re talking hundreds of thousands – as they sought to recruit and retain other players.

Collingwood was lumbered with a number of contracts from the past. Daniel Wells and Chris Mayne had been recruited as free agents in 2016 on contracts that were well over their output and market worth. Mason Cox was due more than $500,000 and yet unable to cement a permanent spot. Ben Reid, a veteran who had been signed on a long-term deal several years earlier, was another whose deal had been pushed into the future and then came home to roost.

And then there was the most egregious deal, the re-purchase of Dayne Beams from Brisbane on a four-year deal. Collingwood lost not only valuable cap space but draft picks in the Beams debacle.

The Pies have cleared the decks. In future years, they may well benefit from the fire sale. But, right now, the abrupt removal of the Band-Aid really hurts.