Race-by-race tips and preview for Canterbury on Friday night 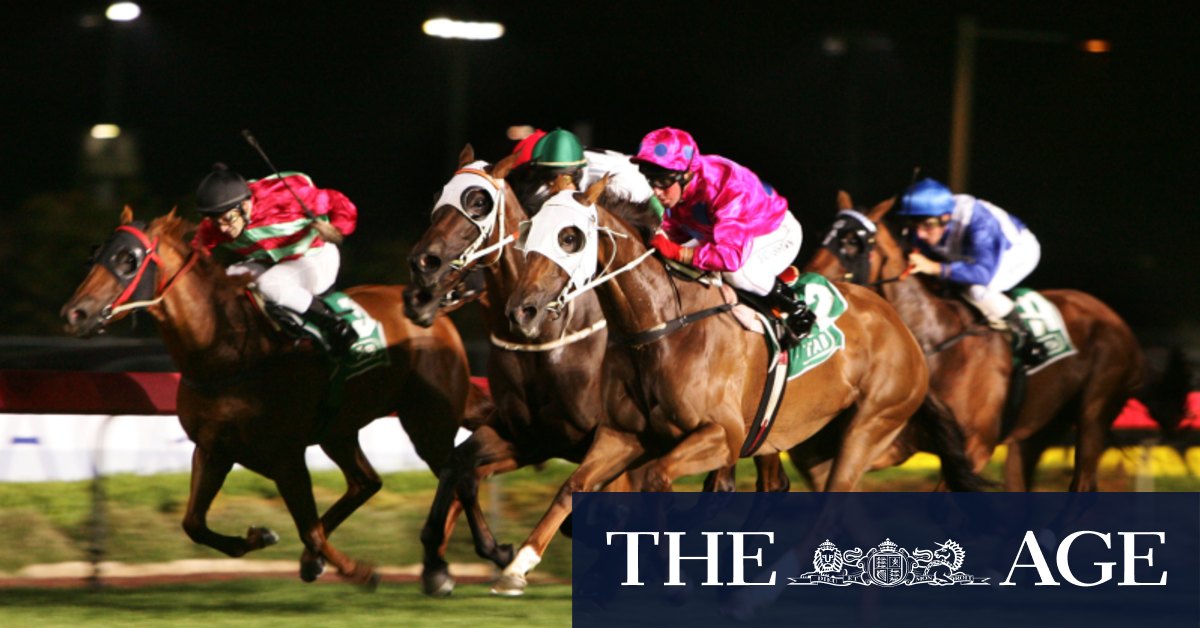 12. Kakariki is a likely improver at each-way odds after a second-up run at Newcastle that was better than it looks on paper. Held up for quite a while getting to the outside and was only winding up when the race was over. Expect her to be closer from the inside gate and be competitive.
Dangers: 4. Earl Of Sandwich was up on the speed in the same race, hit the front and was run down in the last 50m in a handy effort at start No.2. Can only be better for it and should give another good account. 6. Mr Gee is another who contested that Newcastle event and he finished on for third after going back from a wide gate. Probably goes back again and will be hitting the line strongly. 7. Ruddock draws wide and likely has to push forward. Sound first-up run at Newcastle then outpointed at Kembla on a heavy track. Racing as though he can win a race soon and has to be considered.
How to play it: Kakariki each-way.
Odds and Evens: Evens.

4. Unamerican was scratched from a winnable race at Hawkesbury mid-week to run here and while this isn’t a gimme he’s flying and should be hard to beat. Sat off them to win at Newcastle two back the led and romped away with the Cessnock Cup at the same venue. Just needs to slot in somewhere and he can go close.
Dangers: 2. Gone Bye should be just about ready to win now after three runs back and he fought on when under pressure at Randwick over a mile last time. On-pacer who if able to dictate will take some stopping. 5. Nyami impressed with wins at his first two starts back then sat second and went down fighting when fourth at Kensington two weeks ago. Well worth another chance. 7. Deadly Impact meets Nyami better at the weights for a 0.3-length second at Kembla a month ago and that might be significant. Seems to race well on the fresh side so include in the main hopes.
How to play it: Unamerican each-way and quinella 2 and 4.
Odds and Evens: Evens.

5. Ambleve was never a chance first-up for the new stable as she was caught back and wide and didn’t fire a shot. This looks more suitable, drawn kindly and was trialling quite well leading into her return. Handles all conditions and expecting her to show something.
Dangers: 7. Great Danger kicked off his last prep very well then form turned a bit as he went up in class. First trial was excellent then not asked for anything in the second so ignore the beaten margin there. Has a super fresh record and could surprise. 6. Deference is also an acceptor for Newcastle on Saturday. If he lines up here he’s in the mix despite the wide gate. Hit the lead second-up at Kensington and was run down, eventually missing a place. Becoming costly but hard to leave out. 8. Paquirri won well here first-up then fair in a very strong race a month ago. Tried hard but no match for Belucci Babe last time but did keep coming over the 1000m. Drawn well and he has a show.
How to play it: Ambleve to win and quinella 5 and 7.
Odds and Evens: Odds.

Hard to knock 3. Lord Olympus who has won four from five and should have won the other. Beat a smart one here two back then too strong again at Kensington. Carries the same weight here, drawn well and makes his own luck. The one to beat again.
Dangers: 1. Lancaster Bomber is a little underrated at this level and is sure to run his usual handy race first-up. Bumped into Varda then Best Stone then Kookabaa in successive starts here in winter beaten narrowly by the latter two. Impossible to leave out. 12. Najmah is obviously promising given her impressive debut win at Kembla over 1000m on a heavy track. There wasn’t much substance to the race and she’s up in class but respecting the stable’s opinion to run her here. If she is well above average she will go close. 6. Monte Ditto doesn’t win out of turn but he is a competitive type who is rarely too far from the mark. Raced well last time in aside from a flop before a spell. Hasn’t trialled for a month but will be running on.
How to play it: Lord Olympus to win and trifecta 3/1,6,12/1,6,12.
Odds and Evens: Odds.

3. Bigboyroy disappointed a bit when fourth first-up at Kensington but he’s back in his playground here at Canterbury. Fitter, both wins to date over this course and should have been right in the finish second-up last prep so his stats there are misleading. If he’s going well he’s in the finish.
Dangers: 15. Bob’s Your Uncle is an on-pacer and he was game resuming at Kensington when run down by El Buena who was heavily backed. Fitter for it and he can give some cheek for sure. 6. On The White Turf has the ability to win this race and should be getting close to peak fitness after two runs back. Specked in betting last time and closed off OK, down in weight and extra trip suits so can’t overlook. 12. Happy Candy has been competitive in three city starts since a Wyong win in August. Led and was only run down late at Kensington over this trip a few weeks back, likely to be on speed here and is an each-way chance.
How to play it: Bigboyroy to win and trifecta 3/6,12,15/6,12,15.
Odds and Evens: Odds.

14. He’s A Hotshot is well placed in this race from a good gate after a solid first-up second at Warwick Farm a month ago. Consistent type who is well drawn and so long as there isn’t significant rain he should be in the finish.
Dangers: 10. Phoenix Global is an interesting runner having his first run for Brad Widdup. Led and was claimed late at Moonee Valley second-up about six weeks ago and has trialled well since. Must be respected. 8. Catapult is usually somewhere around the mark in his races though he could use a win sometime soon. Had his chance at Kensington last time but tried hard and ran well in a strong BM68 at Newcastle two starts ago and on that is right in this. 2. Bold And Wild won well first-up last prep on a good track then the wheels fell off with a couple of failures on heavy tracks. Two trials and both have been fine, no surprise to see him put his best foot forward fresh.
How to play it: He’s A Hotshot to win.
Odds and Evens: Evens.

11. Stolen Jade was super first-up in winning at Gosford with an arrogant ride three-wide the trip from just off the pace. Progressive type who looks in for a good prep and this sort of race is a nice stepping stone. Stable is flying too. Go well.
Dangers: 3. Bring The Ransom would love a few drops of rain by the last race after her excellent first-up fourth at Rosehill on a heavy track. Does handle good ground and drops in class into this race. Decent threat. 8. Alison Of Tuffy hasn’t raced since a close-up fourth at Randwick on Everest day and she’s ticked over with a trial since then. Honest mare who has drawn well and won two back with Nash on board. Keep in mind. 12. Cathay hasn’t done a lot wrong with a debut second and two good wins at the provincials on wet tracks. Nice little trial behind Varda at Hawkesbury and any give in the track is a bonus for her. Each-way.
How to play it: Stolen Jade to win and trifecta 11/3,8,12/3,8,12.
Odds and Evens: Odds.

Previous ‘NSW can’t control it’: states clash on border closure ahead of national cabinet
Next Roberta Williams to stand trial over alleged assault of TV producer