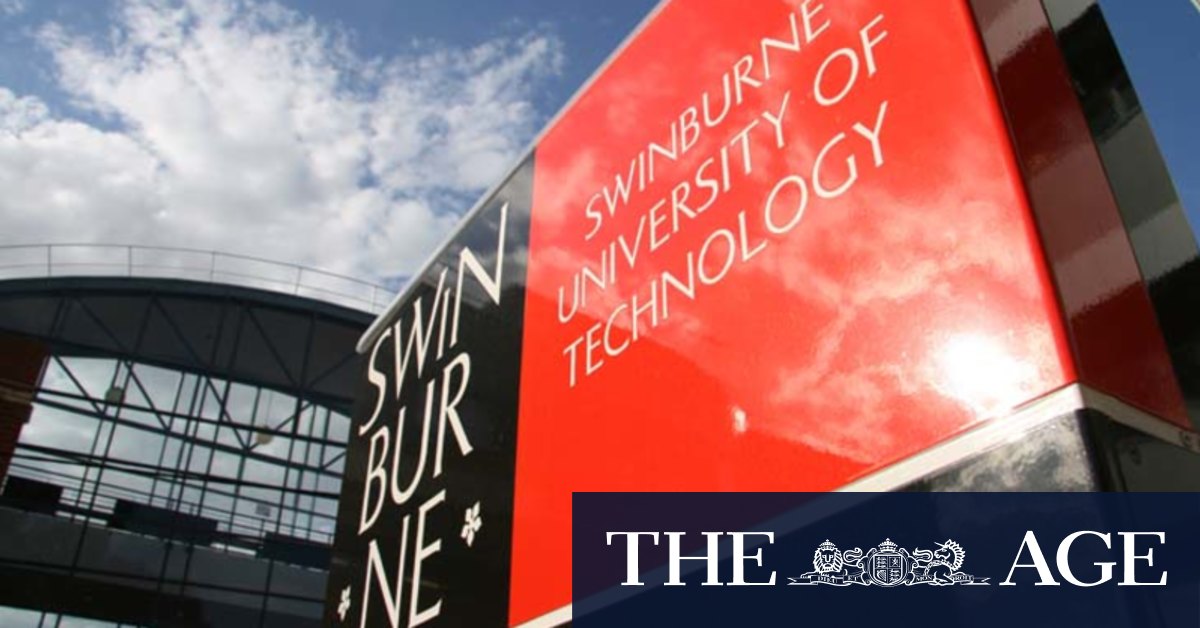 The announcement follows a proposal from La Trobe University on Wednesday to scrap or reduce about a dozen disciplines in the arts and education. The university told staff it was no longer financially viable to teach the subjects.

Other universities, including Monash and Deakin, have also cut courses in recent weeks, citing poor profitability.

Swinburne staff have condemned the proposed course and job cuts as “disproportionate and excessive”, with the tertiary education union claiming proposed redundancies this year equate to 10 per cent of Swinburne’s permanent workforce.

In a virtual meeting of staff on Monday night, attended by about 200 people, all but one person voted yes to a vote of no confidence in Professor Quester, who assumed the role of vice-chancellor in August.

Professor Quester, a former deputy vice-chancellor at the University of Adelaide, raised hackles in July when she said in an interview with the Adelaide Review that she would “pare down everything that doesn’t speak to technology or science”.

“[Professor Quester’s] first move as vice-chancellor has been to use the cover of COVID-19 to cut jobs and undermine Swinburne,” Ms Slee said. “This is a time when we need real leaders who listen and fight for our staff and students more than ever.”

The university has said it will make between 125 and 150 staff redundant. This comes on top of an earlier round of voluntary redundancies this year in which 138 staff departed.

Staff unrest comes amid a series of confronting briefings issued by individual faculties in recent days about proposed cuts to course content and staff numbers.

The Age has seen four of the briefings to staff in different departments, some of whom have been told their continuing employment at Swinburne will rely on a “merit-based selection process” that will give equal weight to teaching and research output.

Those with the lowest rating face redundancy, unless they can demonstrate strength in other areas such as “Swinburne behaviours”.

Among the course changes proposed is to no longer teach majors in economics or international business, while the number of law subjects offered would be reduced.

An entire department, the department of business technology and entrepreneurship, would be closed and bachelors in business and business information systems would no longer be offered through Open Universities Australia.

According to the briefings, the proposed changes “address the impacts of COVID-19 on the university’s financial sustainability and declining international student numbers, as well as changes to Commonwealth funding from 2021”.

The government’s Job-ready Graduates Package will from next year lower student fees in vocationally focused courses the Morrison government has prioritised, such as teaching, nursing and engineering, while raising them in others such as arts, media and law.

The government will also reduce its contribution in courses it has deemed high-priority.

“The impact of COVID-19 has been further compounded by new arrangements for Commonwealth funding that will have significant impact on our faculty’s revenue and the university’s overall revenue,” staff in the faculty of science, engineering and technology were told.

The bachelor of health science (public and environmental health) and several units from the bachelor of science would be cut from next year, while lectures, labs and tutorials in mathematics and physics would be reduced.

Briefings for how other faculties will be affected are due to be distributed in coming days.

A spokesperson said Swinburne University was facing extraordinary and continuing financial challenges as a result of the global pandemic, which would take considerable time to recover from.

“As we move into 2021, we know the way we offer teaching and learning opportunities will change.”

Regarding the no-confidence vote, the spokesperson said: “We are also confident that the vast majority of our staff have the utmost confidence in our vice-chancellor and understand this is an unprecedented situation that we are navigating”.