Best of the week in business: The Biden bounce; Telstra tears itself apart; New front in streaming wars

admin November 13, 2020 Business Comments Off on Best of the week in business: The Biden bounce; Telstra tears itself apart; New front in streaming wars 122 Views 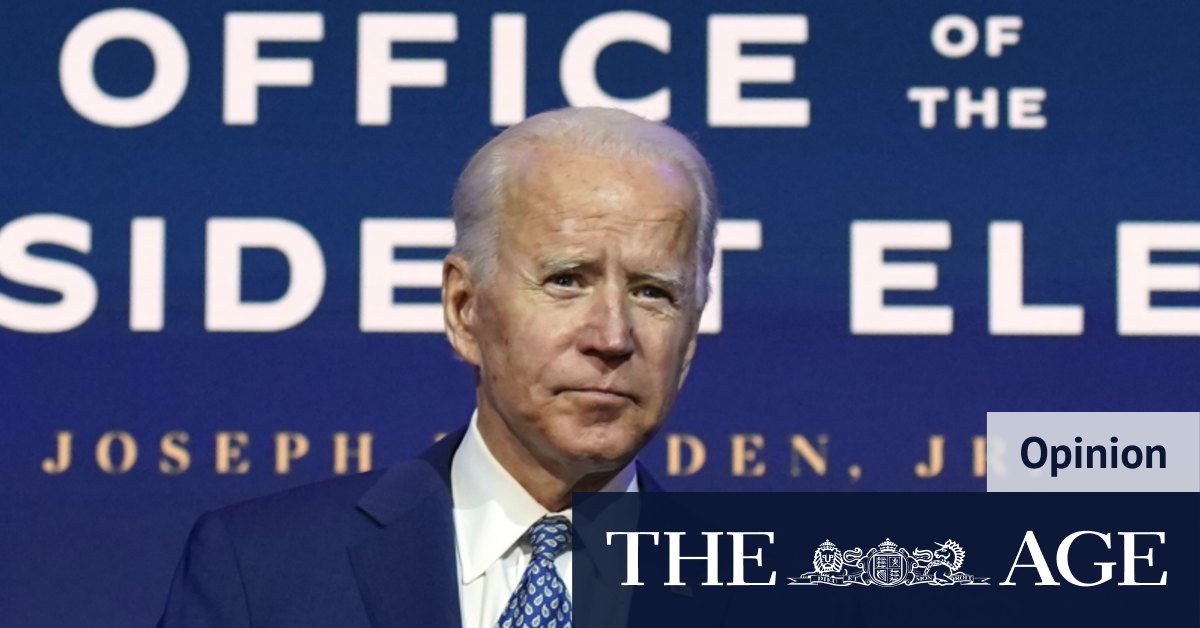 Biden is now likely to face a Republican-controlled Senate, but investors are now happy with this too (some have even described it as a “nirvana outcome”. Under this gridlock scenario, Biden’s ability to raise corporate taxes and impose significant regulation on tech giants – now the biggest stocks in the US market – will be constrained. That would be good news for sharemarkets.

But gridlock could also imperil any efforts to stimulate the world’s largest economy through government spending. And with a fresh wave of the coronavirus surging in the US and Europe and the prospect of more lockdowns in major cities growing by the day, this could turn out to be a problem.

One unexpected story that was unambiguously positive this week was the potential breakthrough on a coronavirus vaccine, with US pharmaceuticals giant Pfizer reporting stunning results from advanced trials on its product. As our biotech writer Emma Koehn explained, it would be the first potential vaccine to be based on mRNA technology, a gene-based approach that instructs the body how to build an immune response.

The strong trial results lifted share prices of COVID-afflicted stocks on the ASX in the property, retail and banking sectors. Conversely, the news hit online retail and tech stocks that have been winners during the pandemic.

The Morrison government has already ordered 10 million doses of Pfizer’s vaccine product, but unlike other leading candidates already being manufactured by CSL in Melbourne, this one will likely have to be imported because Australia lacks the technology to make it locally.

Andy Penn’s move to split Telstra in three was the biggest corporate story of the week. It is arguably the biggest overhaul for the telecommunications behemoth since the government listed it on the sharemarket in 1997.

The move is designed to unlock greater value from the company’s sprawling array of infrastructure assets, which Penn believes are obscured within the company’s current model. It sets the stage for a potentially lucrative sale of Telstra’s mobile towers and has also reignited speculation of a possible deal between Telstra and the government-owned NBN Co.

Telstra’s stock was languishing near decade lows before the announcement. It is not the first time Penn has attempted to financially engineer his way out of trouble. But as Elizabeth Knight wrote, shareholders can now smell money, and will be hopeful asset sales could lead to a dividend boost.

When The Sydney Morning Herald and The Age first reported that Nine Entertainment Co was planning a move for rugby union rights back in October, there was plenty of scepticism in both media and rugby circles.

After all Nine – the owner of this masthead – is known as a rugby league network, and its chief executive Hugh Marks has, more than any other media executive in the country, cast doubt on the value of sport to television companies.

And while there have been signs of serious friction between Rugby Australia and Foxtel over the past year, there was a lingering belief that the 25-year relationship between the code and the pay TV giant would be difficult to break apart.

Well, that is exactly what happened. This week Rugby Australia finally confirmed Nine had acquired its broadcast rights for $100 million over three years. And as the Herald and Age initially reported, many of the games will air on streaming platform Stan, in a new sport-focused channel.

It sets the stage for a fascinating new phase in Australia’s streaming wars.

Stan has more than 2 million active customers in Australia, but Marks this week told our media reporter Zoe Samios he wants it to be bigger than Netflix in this market. After it missed out on key content deals with US studios, sport will obviously be key to achieving that lofty goal.

Both Nine and News Corp are facing stiff competition from the deep-pocketed global giants in the subscription video market. News Corp-controlled Foxtel faces its own challenges as it embarks upon its own streaming push while trying to smooth the decline of its legacy pay TV product.

Which brings us back to the original topic of this article. Shares in the Murdoch family’s other company, Fox Corp, fell sharply on Thursday night in the US. The catalyst for the fall was growing speculation Trump may attempt to launch his own news channel when he leaves the White House. If so, it could pose a threat to Murdoch’s US moneymaker, Fox News. It’s another sign that in the eyes of investors, the election result was conclusive.

Previous As professional women, we must back ourselves to shine
Next Professor shoots for the moon to save Barrier Reef with ‘coral IVF’