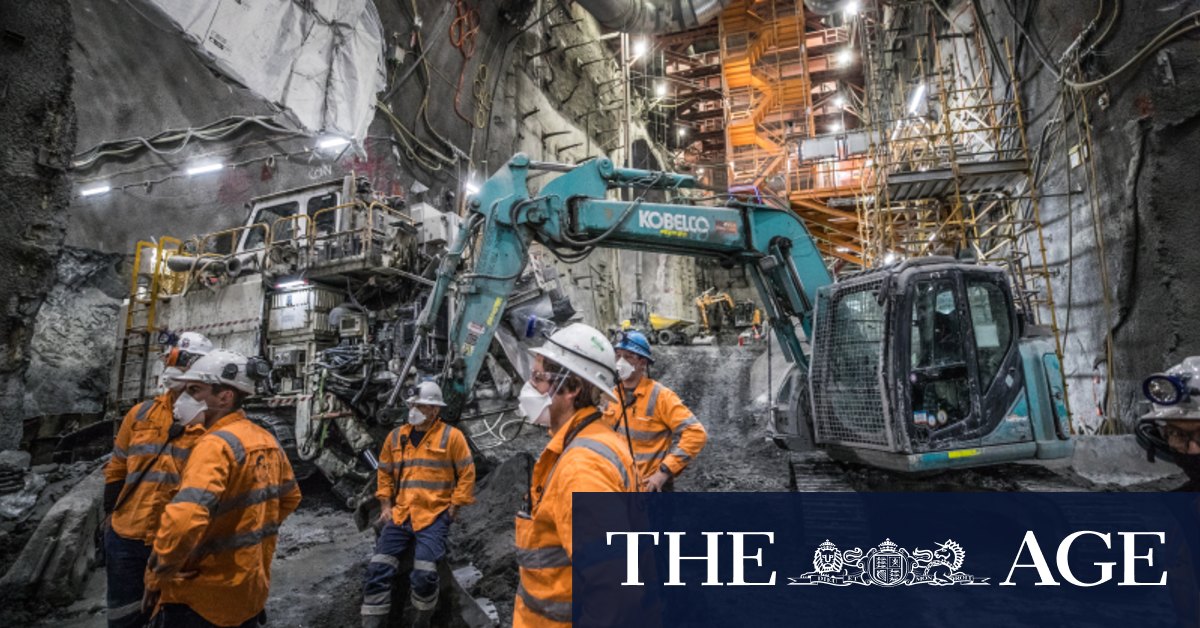 This marked a $300 million increase on the profits agreed to under the original $6 billion public-private partnership deal to build tunnels and stations.

The confidential RPV documents also show that the consortium was to receive a $12.5 million bonus for completing the project, even if the works ran late. CYP proposed to charge an extra $381 million to accelerate works in order to deliver train services on the scheduled starting date in November 2025, the report shows.

While forecasting major cost blowouts, the consortium proposed to charge the government $111 million for company overheads, including $41 million in bid costs, $38 million for consultants – including flights – and $6 million in payroll account fees, which RPV said should be covered by the builders.

It was “inappropriate” for the companies to profit on a project that was facing considerable cost blowouts, Rail Projects Victoria argued. The consortium was also paid for a portion of these costs under the terms of its original contract, RPV said.

“These costs are not required to ‘efficiently’ deliver the [tunnels and stations partnership] and in some instances, duplicate margin / overhead costs,” RPV wrote in its review.

“In such a significant cost overrun position (with additional cost to the state, and other CYP parties), the state does not find it appropriate that any party make a margin on cost overruns where the underlying arrangement was for a fixed price.

“RPV would expect that the [joint venture] partners are making a significant margin on these internal consultant costs.”

The documents expose a level of tension between CYP and the government in the months leading up to CYP calling a halt to tunnelling on the project, with RPV accusing the consortium of limiting their access to key documents.

At the time, the Andrews government was rejecting the bulk of CYP’s claims, disregarding the projected cost overruns as “overly conservative” and the delays as “overstated” the confidential documents revealed.

But the government ultimately bowed to pressure in June this year, when it entered an in-principle agreement with CYP to pay more than $1 billion of the extra costs.

The deal is expected to be signed in coming weeks but the government is yet to confirm the project’s current price tag.

RPV’s advisers could only review CYP files on CYP computers at the consortium’s premises. The advisers were not given source documents and had to witness them or take screenshots instead.

“This approach was inefficient and limited the level of analysis that RPV and its advisors could perform,” RPV said in its review.

“This is not good practice, is inherently unreliable and builds in conservatism. RPV’s review has uncovered errors/inconsistencies,” the review stated.

RPV also accused CYP of introducing several additional costs that were not in previous forecasts and said a large driver of cost overruns was staffing, which was “somewhat subjective” and difficult to verify against current costs.

“There is more potential for labour cost assumptions to reflect a commercially conservative position.”

On Thursday, The Age revealed that design changes at two CBD stations cost close to a billion dollars and were a key driver of cost overruns on the project.

CYP had forecast that the State Library station’s price tag would rise from an initial $480 million to $915 million, due to changes including height increases in the main station cavern, relocation of passenger lifts, an escalator and fire and station control rooms.

A government spokeswoman referred to an earlier statement, stating the Metro Tunnel “is on track to be completed a year ahead of schedule” and would deliver major benefits to the city.

CYP said the government would comment on its behalf.

Previous (Not) born in the USA: what’s driving America’s baby bust?
Next Running on empty: Oil refineries at breaking point as world grinds to a halt