admin November 13, 2020 Federal Politics Comments Off on Card payment data to be used to track people in coronavirus hotspots 84 Views 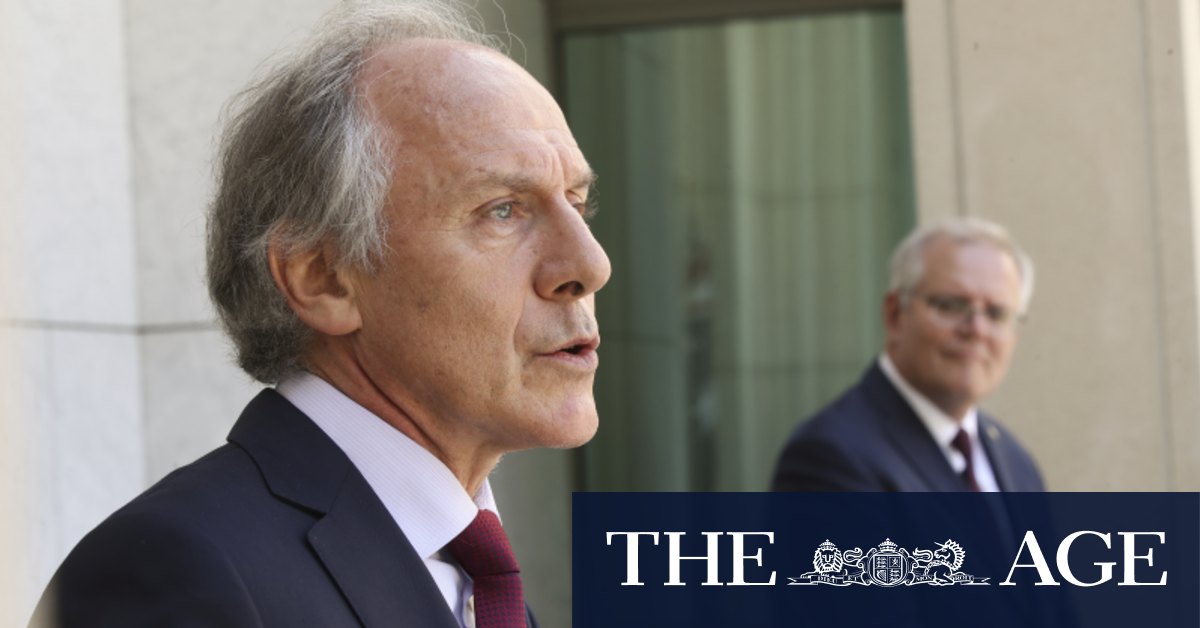 The review said every state and territory should be able to set up pop-up testing sites within six hours in cities, and 24 hours in regional areas. Test results should be returned within 24 hours, rather than the current 48-hour benchmark, to increase the likelihood people would self-isolate while waiting for results.

Restaurants, workplaces, public venues and institutions should make recording people’s contact tracing information a condition of entry, ideally electronically. The review noted that the proliferation of “check-in” apps meant there was no centralised database and some asked for more personal information than necessary.

It recommended states consider developing a single smartphone app for their jurisdiction, holding up the ACT’s Check In CBR app as an example. Another jurisdiction is considering giving venues an app to scan and record driver’s licences.

“Here in the ACT and NSW, the whole process for registration … is becoming quite normal for people,” he said. “These systems must become ubiquitous across the country, whether it’s in Western Australia or in Tasmania and particularly in states that are opening up.”

If governments did not want to create their own app, the review recommended they ensured other check-in methods limited the information collected to a name and phone number or email address and ideally remembered people’s details to make checking in as simple as opening the app and scanning a QR code.

The review said the commonwealth should set up agreements between governments and banks so contact tracers could request details of people who had made a payment at a hotspot venue. This method was used to find passengers of a Sydney taxi driver who caught the virus.

Governments are also making plans for distributing vaccines once they become available.

Any COVID-19 vaccine will be free for all Australians or Medicare-eligible visa holders. It will not be mandatory.

“There may, however, be circumstances where the Australian government and other governments may introduce border entry or re-entry requirements that are conditional on proof of vaccination,” the Australian COVID-19 Vaccination Policy said.

The government expects initial supply of any vaccines to be limited, so people in “priority groups” will be vaccinated first.

“Those that are caring for vulnerable people, vulnerable people themselves and those at highest risk of transmission will be at the highest priority,” acting Chief Medical Officer Paul Kelly said.

The government expects the first vaccine to be available from March and is confident anyone who wants one will have it by the end of next year.

“I’m sure there will be a lot of people that will be queuing up for this vaccine through next year,” Professor Kelly said.

All states except WA have now formally agreed to reopen by December and are aiming to lift hotel quarantine places.

But Mr Morrison said hopes of bringing international students back to universities had to be shelved for now while returning Australians took priority. More than 35,000 Australians overseas are still waiting to return.

Leaders again discussed whether it would be possible to allow some people to quarantine at home or for businesses to have their own arrangements for workers, but decided not to change the system at this stage.

He will tell virtual gatherings of the Association of Southeast Asian Nations and the East Asia Summit over the weekend that countries in the region must work together to recover from the pandemic and economic blow.

“We will meet these challenges by working together and by committing to a stable, inclusive, prosperous and sovereign region, with ASEAN at its centre,” he said. “Australia stands ready to work closely with all ASEAN nations in supporting a COVID-19 recovery across the entire region because we all benefit from a strong recovery.”

Previous Media companies argue no case to answer in Pell contempt trial
Next Endemic potential: Fauci doubts COVID-19 can ever be eradicated