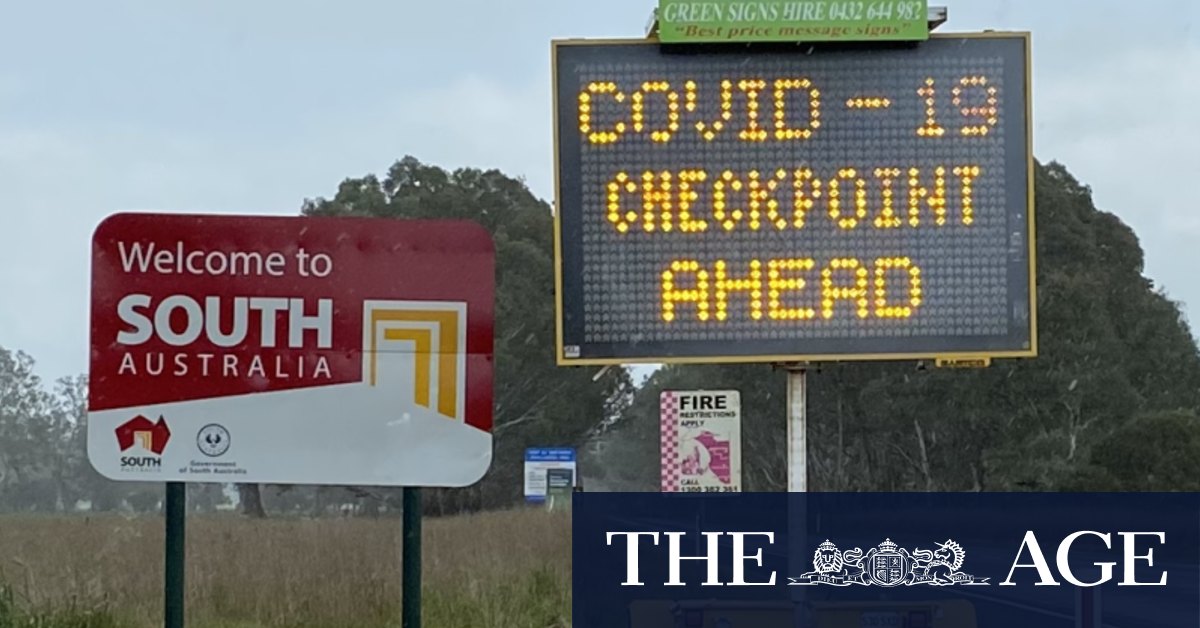 “I’m very, very happy, like people all along the border,” she said. “We’ve got everyone cheering in their homes.”

South Australia imposed a “hard border” in late August, in effect trapping many Victorians who live in remote communities but who normally work, shop and do business in South Australia.

Ms Gust, a farmer from the Victorian border district of Apsley, established the Facebook page “Cross Border Call Out” three months ago to give a voice to residents along the Victorian-South Australian dividing line.

Within days it had more than 3000 responses and the numbers have grown since.

The site was full of celebratory comments on Friday, tempered by disappointment that the border crossings would remain restricted until the start of next month.

“There are still families separated, school kids unable to see their families and a lot of compassionate cases whose applications to travel have been declined,” Ms Gust said.

“Many people have done it very tough, and there are a lot of people suffering mentally.”

Mr Carr is the manager of the Cape Bridgewater Sea View Lodge in the far south-west corner of Victoria. He predicted businesses like his would be “inundated” once the border opened.

“We’ve been pretty excited as Victorian regional people have started to travel and to come and stay, and it’s great that the Melbourne people are back now that the city is open again.”

However, he said the one concerning factor was that South Australians might be turned off by having to wear a mask in Victoria.

“We’ve always said that we don’t want to keep the restrictions in place for one day longer than we need to, but we have had to have this border arrangement in place, and it has been our first line of defence and kept South Australia safe and strong,” he said.

Mr Morrison said the plan to reopen most of the nation’s internal borders by Christmas embedded public health metrics to ensure it remained open.

Queensland Premier Annastacia Palaszczuk said the full reopening of Queensland’s border in time for Christmas was not 100 per cent guaranteed but things were looking “incredibly positive”.

Ms Palaszczuk said opening the Queensland border by then was an “aspiration” and the state’s closure to Victoria and Greater Sydney would still be reviewed at the end of November.

“Victoria is looking very positive and I think from memory, NSW has had four or six days without community transmission, so that is looking positive as well,” she said.

Queensland’s air border to Victoria has been closed since March 26, when the northern state put up the shutters to the rest of Australia.