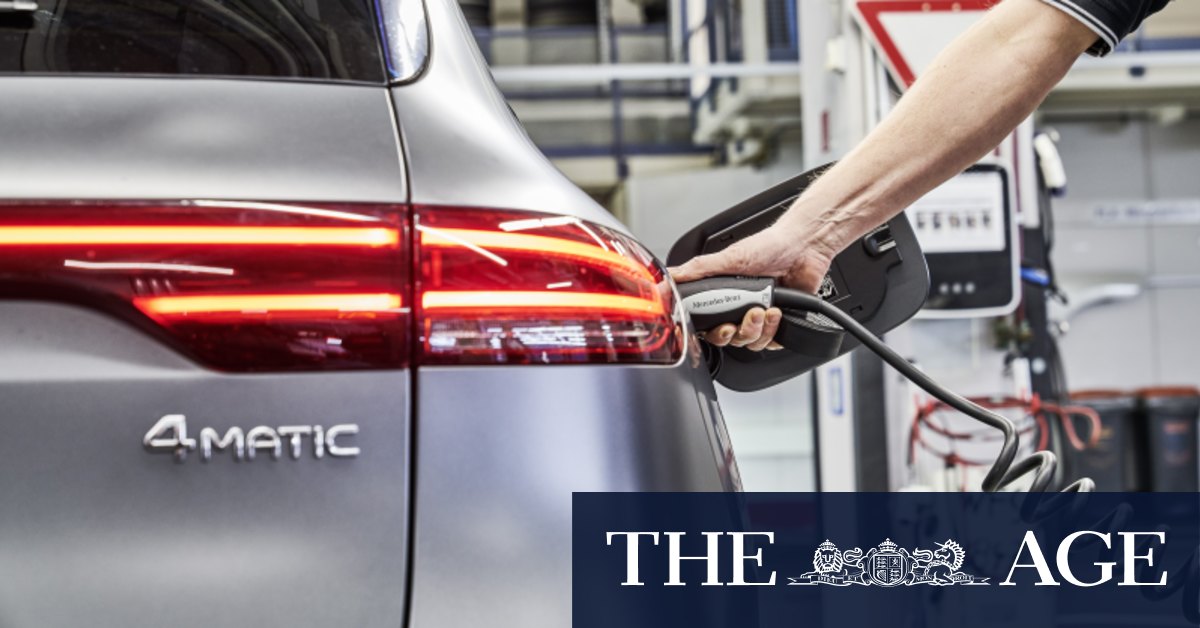 The US and EU and other markets set a quota for the volume of carbon dioxide that can collectively be emitted across the fleet of a manufacturer’s internal combustion engine cars. This is not the case in Australia, meaning manufacturers could choose to run out their end-of-line petrol models here while they ramp up sales of electric vehicles in more attractive markets.

“Manufacturers are in a situation where they have to make a choice where around the world they send their limited production. Australia is a risky choice compared to the US and UK, where the vehicle is sold before it hits the dock,” Dr Whitehead said.

The five cheapest electric models available in Australia cost between $44,000 and $64,000 and are expensive compared to the cheapest petrol models – which start at less than $15,000. The cheapest EVs in the UK and US sell for about $30,000.

The federal government is working on an electric cars policy that will focus on infrastructure like charging stations and support for research and development into new technology.

“We are backing a range of technologies, not picking one winner. This follows our ‘technology not taxes’ approach to reducing emissions,” Energy and Emissions Reduction Minister Angus Taylor said.

Many major manufacturers are planning to phase out petrol and diesel engines, and major markets including the UK, Japan, France and Germany will ban their sale between 2025 and 2030 – while the USA offers a $7500 tax rebate for electric vehicles.

The Electric Vehicle Council said running costs are low compared to petrol cars with virtually no engine maintenance and electricity costs equivalent to less than 40 cents a litre of fuel.

South Australia this week said it would target electric vehicle owners with a road user charge to make up for the loss of fuel excise revenue, which contributes to road infrastructure. NSW Treasurer Dominic Perrotet said he was considering bringing in a similar tax next year.

The Federal Chamber of Automotive Industries, which represents manufacturers of all vehicle types imported into Australia, “condemned” road user charges for only electric cars and called for a “sophisticated discussion” on long-term tax reform.

The chamber’s chief executive Tony Weber said a new tax system to evenly distribute charges across all vehicle types could be based on road user and congestion charges.

“This seems to be a reactionary move by state government that focuses on revenue, where it needs to focus on all the costs and benefits of policies,” Mr Weber said.

“(Electric vehicles) offer economy wide benefits, including improved health outcomes, and will make a major contribution to improving our environmental scorecard for the benefit of future generations.”

Previous Endemic potential: Fauci doubts COVID-19 can ever be eradicated
Next Time for ‘dead white male’ artists to move over?