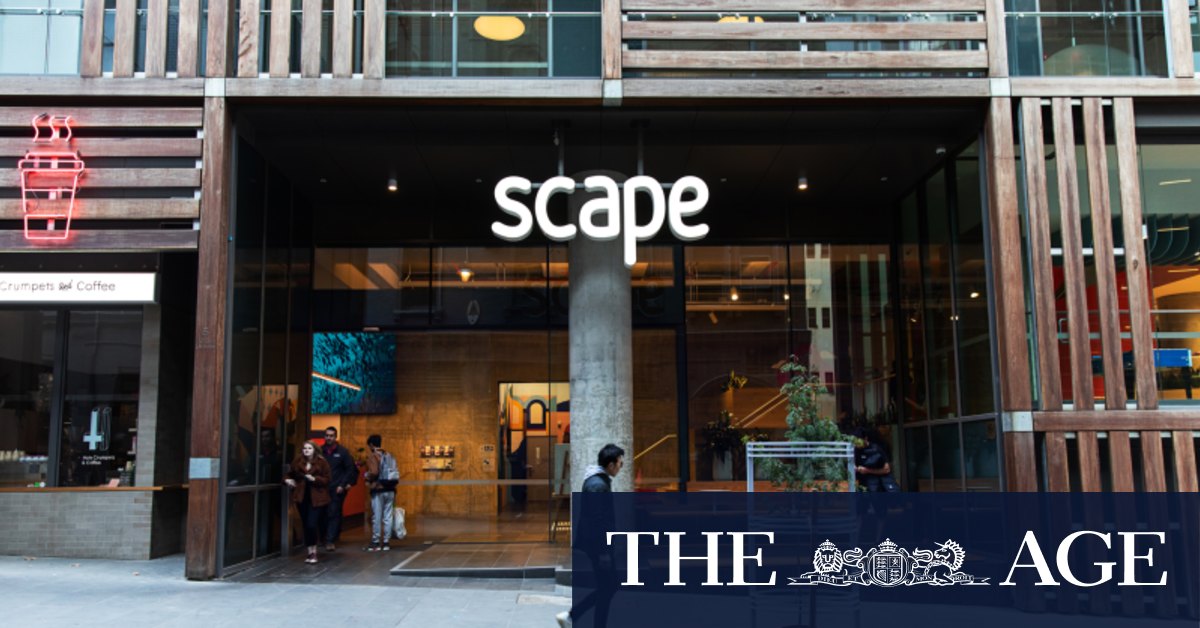 Mr Carracher said PBSA was more suitable for quarantine than hotels because most were single occupancy with cooking facilities. A higher occupancy density also meant police and security resources could be better leveraged.

He said Scape had 3700 beds across seven buildings, including two empty new buildings in Melbourne and one in Sydney which are about to open.

“If we start on January 1 we could have almost 20,000 quarantining students up until the end of the April [the census date for the first semester],” he said.

“The broader industry could also add 2000 beds nationally as single occupancy units, as part of an industry-led solution.”

Department of Home Affairs numbers show 22,893 students applied for visas in the period March to August 2020, an 83 per cent slump on the same time last year.

According to modelling from the Mitchell Institute, there were 400,000 foreign students in Australia as of October 25, with 135,000 outside of the country. The institute contends that if hard travel-bans were to remain until July 2022, only 165,000 students would remain in the country.

“Occupancies will reduce aggressively if we don’t see an opening of international borders for students,” Mr Carracher said. “Our worst case scenario is as low as 25 per cent which is actually not as bad as we feared.”

JLL head of alternative investments Noral Wild said normal student inflows were likely to be “flipped” next year, with the semester two intake in June and July likely to be more significant than the first semester.

“The demand is there – it never went away – but it’s just we stopped them from coming,” Ms Wild said.

In the meantime many students normally bound for Australia have opted for the US and Britain, which have free borders.

“But the COVID-19 situation in these countries has become incredibly dire,” she said. “With Australia’s outbreak under control, going into summer there’s a real opportunity to capture more of the market.”

Despite the pain, recent PBSA deals suggest that investor interest in the sector has not abated.

In a deal negotiated through JLL, fund manager Cedar Pacific paid $80 million for a site at 177-197 Anzac Parade at Kensington in Sydney, to be operated by Unilodge.

In May, Scape also completed its $2.1 billion purchase of Urbanest, having paid about $700 million for Atira’s portfolio in late 2019.

“Savills are tracking 33,000 beds which could be developed over the next five years to the end of 2025 – 12 per cent more beds than were delivered during the previous five years,” Mr Savitz said.

Previous Experts warn of deepening mental health crisis as youth bear brunt of COVID-19 lockdown
Next The Dismissal and the Queen: an historical whodunnit without end

“We continue to work with the asset owner, Victorian electricity network businesses and relevant authorities …