Munster, capacity crowd a huge boost for Maroons before decider

admin 3 weeks ago Sport Comments Off on Munster, capacity crowd a huge boost for Maroons before decider 18 Views 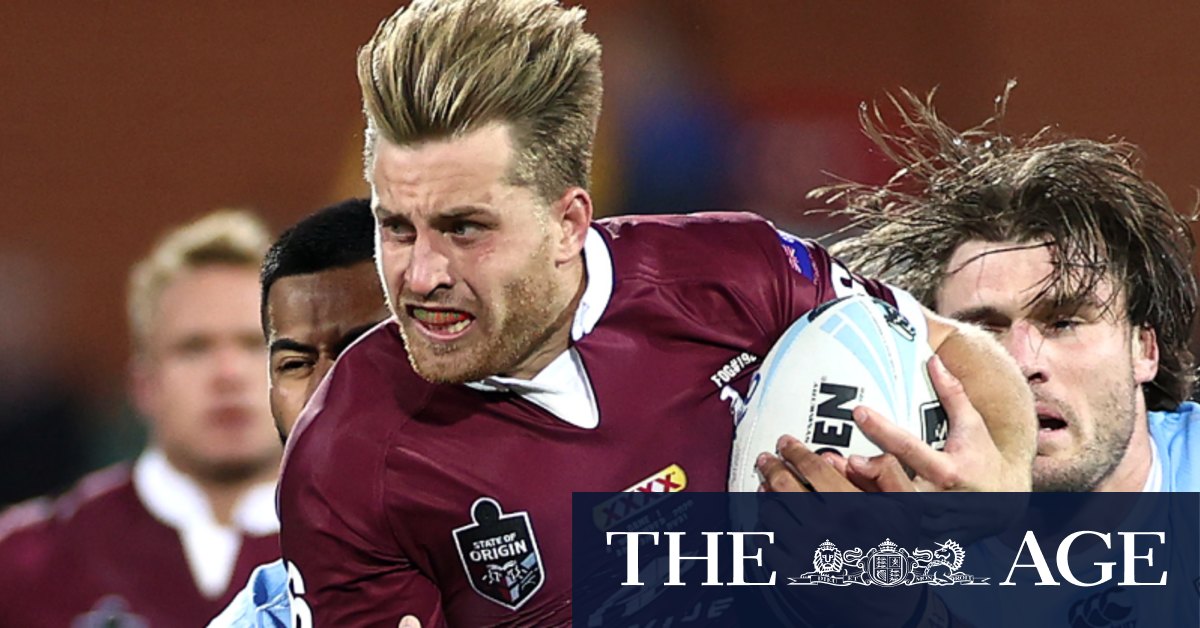 Christian Welch is a big inclusion in the front row after returning from concussion, and exciting hooker Harry Grant will make his debut off the bench. Grant will take over from an exhausted Jake Friend at some stage but can also play in the halves given his creativity.

Corey Allan has been handed a debut on the wing, taking the place of Phillip Sami, who had a difficult night at ANZ Stadium.

But it’s Munster, whose confidence and running game helped drive the Maroons to a game one upset, who is the key inclusion. Valentine Holmes, who was named at fullback, could spend time on the wing if Allen takes over at the back. He said Munster looked back to normal as he went through the medical protocols.

“He is all right. After the game he was a bit quiet and annoyed he couldn’t play out there. Today he has been fine, normal Munster, chatty and lippy. He seems right,” Holmes said.

“He’s got to do the usual protocols. The doctors and staff will do a great job to try and get him back. He has played in grand finals, Origins, big games, he is someone we definitely need to have out there.

“He is an experienced player in our team and in the leadership team. We need him on the field.”

Holmes struggled to make many inroads behind a badly beaten pack and said losing Munster in the opening minutes didn’t help, given he had spent much of his training running off the star playmaker.

“I did a lot of work with him to bring me into the game. His confidence and what he brings to the team gets us going,” Holmes said.

“We prepared all week for Munster and [Daly] Cherry-Evans to be in the halves and Hunt to come in as a lock, roving player. It threw a spanner in the works a bit, but it’s a professional sport and we need to be prepared for that.”

Brenko Lee, who would have started game one if not for a late calf injury, has also been named in the 21-man squad. He could be part of a reshuffle that sends Kurt Capewell to the bench, with Dunamis Lui the man most likely to drop off.

The return of Munster and Welch makes the Maroons more formidable but their biggest gift may have come from the state’s chief health officer, who has signed off on new COVID restrictions that will allow every seat to be filled at Suncorp Stadium.

Queensland Premier Annastacia Palaszczuk said the new regulations would come into force on Tuesday, the day before the game.

With Sydney still declared a COVID-19 hot spot, the ground will be filled by hopeful Queenslanders, ensuring NSW get a typically fearsome welcome. With ratings poor for game one and two, it might finally feel like an Origin after all.