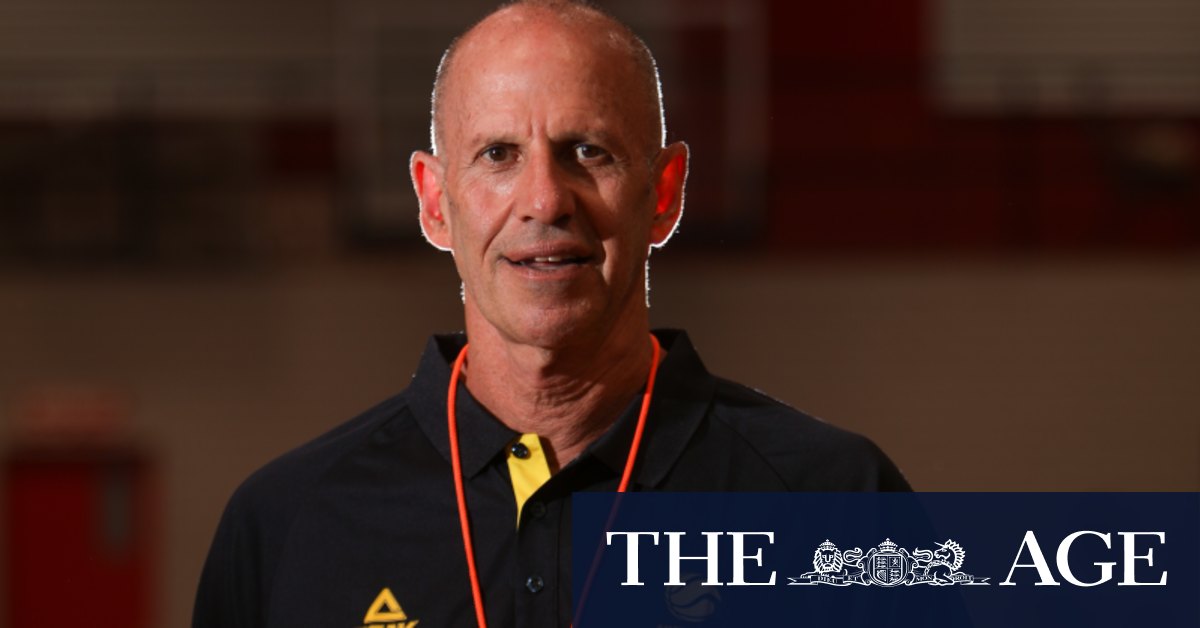 Now Goorjian will hope to have all three along with veteran performers Matthew Dellavedova, Aron Baynes and NBA All-Star Ben Simmons for a run at gold.

Goorjian will need to bring Simmons into the fold as he hasn’t played in recent years but he has spoken positively about competing in Tokyo, while the new coach faces tough decisions on who to name and who to leave out from the team’s deep roster of players.

“When I finished with the Boomers [after Beijing] I was just excited to watch them develop,” Goorjian said on Friday.

“You see how great they have done and now I get this opportunity to get back with a lot of the guys I started with on that Beijing team.

“There is that small window you get in sport where you have an opportunity to do something great.

“Andrej Lemanis and BA did a tremendous job to get this team where it is right now. For me to come back to that group when they are in their greatest moment and have the greatest opportunity is really special.”

There is still so much uncertainty about the Tokyo Olympics and doubts also remain about whether all NBA players will be fit and available due to the late start to this upcoming season.

The NBA season will begin on December 23 (AEDT) and play a 72-game season plus playoffs, so players should be available for Tokyo but they will have little time to adjust to fit into Goorjian’s plans.

The likes of Thon Maker, Jock Landale, Josh Green, Ryan Broekhoff, Dante Exum, Will Magnay and Jonah Bolden are on the fringe of the NBA, or face uncertainty around their roles next season.

NBL and European stars like Chris Goulding, Mitch Creek, Nick Kay, Nathan Sobey, Cameron Gliddon, Xavier Cooks and Brock Motum will all be pushing for a roster spot too.

But Goorjian has kept a close watch on the international game and marvelled at how the young talents he took to Beijing have become one of the most respected rosters in the world.

He has no doubt they will be motivated to take their chance in Tokyo.

“There is an opportunity to get gold and there is a fine line – a free throw is the difference between that happening and that not happening,” Goorjian said.

“It’s really just continuing and trying to get a little bit better at everything they did.

“I’d be lying if I didn’t say that the table has been set. The pieces are in place. The guys have a tremendous camaraderie and they have a cause. It’s something they want to get done.

“Usually there is a process to go all the way, they have been hit a couple of times right at that finish line so I think they are ready, physically and mentally, to take the next step.”

Meanwhile, the Sydney Kings are on the hunt for a new coach after confirming Will Weaver was leaving the team to take up an opportunity as a lead assistant in the NBA.

According to the New York Times, Weaver – who guided the Kings to top spot on the NBL ladder with the league’s top defensive record – is set to join the Houston Rockets, having missed out on the top job at the Oklahoma City Thunder earlier this week.

In a statement, the Kings said they were “thrilled” for Weaver and his family, but will have to move quickly to install a replacement ahead of the start of the new season in January.

“Further updates will be provided in the coming week, and until such time the club will not be making any further comment,” the statement read.

Two down, five to go: McKeon ‘pretty happy’ with bronze in 100m butterfly