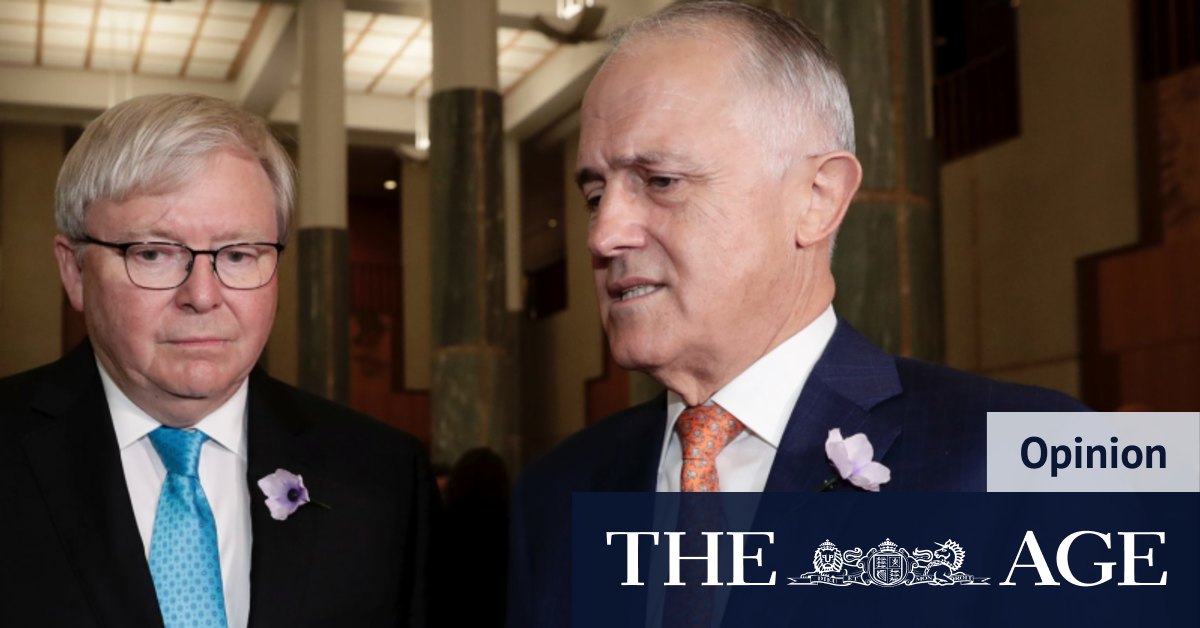 Rudd and Turnbull say Australia’s mainstream media (apart from News Corp) represent fair and balanced journalism. But there is no such thing as objective journalism. Every day and in every decision, editors and reporters make subjective judgments about the stories to investigate, sources to quote and how to put things in context.

For those who spend time reading mainstream newspapers, such as The Guardian and The New York Times, there is nothing the least bit strange in the proposition that a broad and intense left-liberal bias – or groupthink – all too often shapes the news coverage. It’s something readers have known for a long time and in these polarising times it’s becoming increasingly evident.

In the US election, Donald Trump won the support of almost half the electorate, yet he faced the most intense opposition from the media mindmeld: The New York Times, Washington Post, Los Angeles Times, NBC, CBS, ABC, CNN, MSNBC, where centre-right voices are often treated with shock and distaste.

In Britain, the BBC frequently faces accusations of a left-wing bias. According to Andrew Marr, a leading presenter at the Beeb: “The BBC is not impartial or neutral. It’s a publicly funded, urban organisation with an abnormally large number of young people, ethnic minorities and gay people. It has a liberal bias, not so much a party-political bias. It is better expressed as a cultural liberal bias.”

Could the same be said about our own public broadcaster?

The critics say News threatens media diversity. But anyone who roams the internet or follows social media knows Australia is not suffering from any lack of media sources: The Guardian, The Saturday Paper, The Monthly, Quarterly Essay, Crikey, The Project, New Matilda, New Daily (all well to the left of the ALP), not to mention the Nine newspapers (including this publication), the Seven network, SBS and the ABC. The marketplace of ideas has never been so crowded.

It is nonsense for Turnbull to suggest The Australian is “a political party”. When I was its opinion editor in the 2000s, we often embarrassed the Howard government with exclusive stories, such as the AWB and children-overboard scandals. The paper’s coverage on Indigenous issues, especially disadvantage in remote communities, remains unrivalled. Much to my ire, during the 2007 election campaign, I had to write editorials endorsing (of all people) one Kevin Rudd!

If any media has excessive influence, it’s the big tech companies. According to a Nielsen survey, consumers are now getting more political news from Google and Facebook than traditional media. The news website with the largest digital circulation is the ABC, with Murdoch owning just two of the top 10 websites. (Nine outlets have three.)

Desire for revenge against their media enemies is what’s really driving Rudd and Turnbull, but they alone were the architects of their demise. The point of being PM is to exercise power. Both leaders never seemed to have been in control of events, but always their victim. In office, they lament, they were caught in up in a momentum dictated by Murdoch’s editors. This is subtle way of offloading blame.

From climate mitigation to border protection to economic reform, Rudd and Turnbull were always trying to say too many things to too many different people, to square circles and reconcile the irreconcilable. Remember Rudd, who claimed climate change was “the great moral challenge”, dropped the evangelical language along with the emissions trading scheme as soon as the political climate changed after the Copenhagen fiasco. As PM, Turnbull declared that Australia needed more coal plants.

The problem with Rudd and Turnbull is that they have espoused so many different positions on so many public-policy issues, often repeatedly and stridently, that they’ve left virtually everyone with the impression that their arguments are always suspect. So it is with their unity call for a royal commission into media diversity.

Tom Switzer is executive director of the Centre for Independent Studies and a presenter at the ABC’s Radio National.

Tom Switzer is executive director at the Centre for Independent Studies and is a presenter on ABC Radio National.