Why the Biden presidency will be a boon for sustainable investment

admin November 13, 2020 Business Comments Off on Why the Biden presidency will be a boon for sustainable investment 34 Views 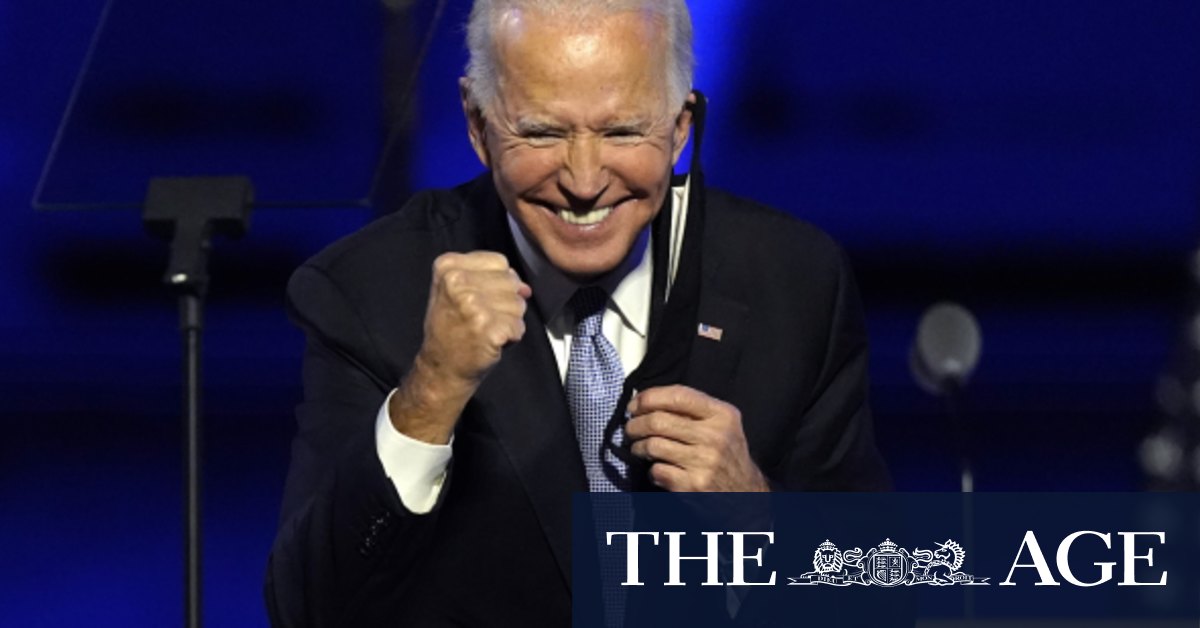 Patsky manages ESG funds for Australian investors through the Sydney-based fund manager Perpetual, which bought Trillium in July. He expects returns are likely to increase as Biden forges ahead with his sustainability mandate, benefiting makers of electric vehicles, LED lighting and renewable energy stocks.

Biden has made no secret of his disdain for oil and has flagged plans to rejoin the Paris Climate Agreement and adopt a net zero emissions by 2050 target. Patsky says this approach will have ripple effects globally.

‘The penny has dropped’

With America accounting for a quarter of global energy consumption and half of the world’s stocks, Patsky says “changes in the US are going to be felt around the world”.

“The kind of activity we are about to see is exponential growth,” he says. “I’m not talking about just Trillium, I’m talking about the entire ESG field.”

“The penny has dropped for many Australians out there in terms of one of the biggest impacts they can have is redirecting their super and investments,” O’Connor says. “A Biden administration will only unlock further demand.”

Hyperion Asset Management’s chief investment officer Mark Arnold says the Biden administration will put pressure on the Australian government to change its energy mix and modernise the economy, shifting investment away from “old world” industries like thermal coal and oil.

“Australian politicians have been sort of hiding behind Trump,” Arnold says. “Trump has ignored the obvious dangers of climate change and that’s [allowed] a lot of politicians around the world, including Australia, to not do anything and kick the can down the road.”

Analysis conducted by Hyperion this week classified 77 per cent of companies in the S&P/ASX300 as “old world” – meaning that without innovation and adapting to changing structural shifts many will stagnate, or ultimately, collapse.

Trump has ignored the obvious dangers of climate change and that’s [allowed] a lot of politicians around the world, including Australia, to not do anything and kick the can down the road.

“We would think those big oil and gas businesses would go bankrupt over the next decade or so,” Arnold says. “Governments can then give incentives that will nudge innovation in the right way.”

Citi’s head of ESG research Zoe Whitton says ESG investing was already on the rise this year, with COVID-19 and the summer bushfires homing in on the importance of non-financial risk. However, Biden’s new trajectory could represent a “catalyst” for the industry as investors are forced to price in policies that could hurt Australian companies.

Whitton says Biden may be constrained by a Republican-dominated Senate, but would be free to make major shifts in America’s foreign policy.

“The US has lost global leadership on climate,” she says. “They’re going to want to lean into this quite hard and take the role on the global stage that they did have on this large economic transformation story.”

The Biden administration will pursue emissions reductions policies and hold global leaders to account, she says, through aggressive trade policy that could include an international price on carbon.

“Are policies on climate about to become part of trade policy? With Biden, it’s likely they are,” says Whitton.

This could impact not only obvious players like export-exposed mining companies, but also exporters who have high emissions in the production line like concrete and steel producers, she says.

“What we often talk about in ESG is, we’re aware of changes being afoot and a lot of issues embedded in the economy that might become an investment risk if there were a catalyst,” she says. “A Biden administration will start to provide more catalysts.”

Previous Experts warn of deepening mental health crisis as youth bear brunt of COVID-19 lockdown
Next The Dismissal and the Queen: an historical whodunnit without end