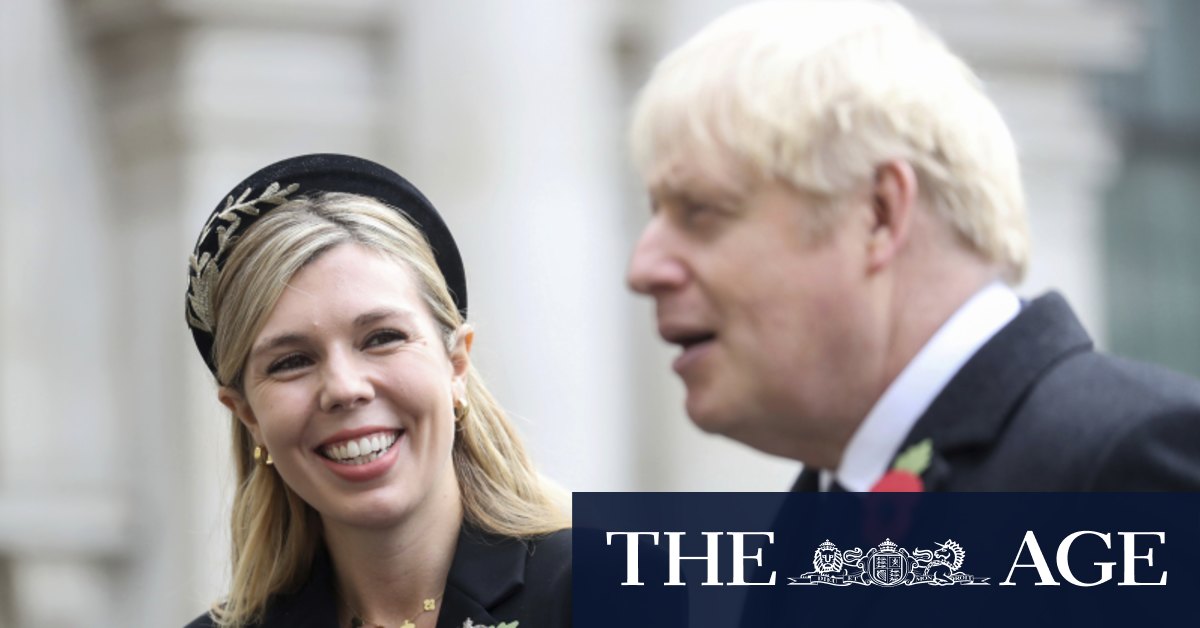 It came as sources claimed that many Downing Street staff believe Johnson will have quit before the next election, with one senior insider stating: “Most don’t think he’ll be there a year from now.”

The war of words followed the departure from No. 10 of Dominic Cummings, the Prime Minister’s chief aide, and Lee Cain, his communications director, following a bitter power struggle with Symonds, who urged Johnson to oust them.

Last night, a senior insider claimed Michael Gove, the Cabinet Office Minister and a former rival of Johnson for the Tory leadership, saw the chaos “as an opportunity to get Boris out”, adding: “He thinks he still has another go at becoming PM.”

A government source dismissed the claim as “complete rubbish”.

Johnson is understood to be furious at briefings against Symonds, who has been the subject of newspaper reports that she is referred to by Cummings loyalists as “Princess nut nuts”, among other nicknames.

A senior No. 10 source admitted that Symonds made her views clear to Johnson about “his office” and “his team”, which included opposing Cain’s appointment as chief of staff, “because she has views about the kind of man she knows he is”.

But the source insisted: “She wouldn’t seek to think that she had more expertise than the official advice he just been given.”

However, a senior insider claimed Symonds appeared “determined” to play a significant role in the workings of government, “and that’s the heart of the problem.” The source said she clearly had strong views about “wholesale change at No. 10”, adding that the former Tory communications director is perceived as “wanting to run the government by WhatsApp from the flat.” Another source said Ms Symonds used the No 11 flat “as a sort of private office”.

The insider claimed: “There is a set of meetings, decisions are taken, then the PM goes upstairs to the flat, then from 9pm WhatsApp messages start to arrive with him changing his mind.

“No decision is ever final.”

The flat above No. 11 Downing Street that Symonds shares with Johnson and their baby Wilfred has become the centre of intrigue for No. 10 staff who have, since last summer, observed a steady stream of familiar faces paying social visits to the Prime Minister’s fiancee while the official cogs of government turn downstairs.

Insiders allege that Symonds has been responsible for a series of government U-turns. However, a Downing Street source said: “These claims are laughable.”

Another No. 10 source compared her involvement in government work to the relationship between Theresa May and her husband Sir Philip, while the pair were in No. 10.

“If she would be making big decisions, she would go and have a chat with Philip… It’s a good thing, it’s not surprising, and she’s very good at this stuff.”

But another source said Symonds used the flat “as a sort of private office”.

Meanwhile, the senior insider predicted that Rishi Sunak would be Prime Minister within six months and claimed of Johnson: “Nobody in No. 10 thinks he’ll be there in 2024. Most don’t think he’ll be there a year from now.”

Tensions between Johnson and his Chancellor are also alleged to be growing over the Prime Minister’s spending demands. A No. 10 source insisted: “No-one in their right mind is thinking about elections. The Prime Minister’s focus is on fighting coronavirus and protecting jobs.”

This week, after installing Lord Udny-Lister, No. 10’s chief strategic adviser, as interim chief of staff, Johnson will seek to bring disaffected MPs “back into the fold”, including with invitations to join Downing Street task forces on the Union and the Tory policy agenda to “level up” the country.

This week, Johnson will seek to return to his domestic policy agenda with a major speech on climate change.

Previous Labor divided in crisis of identity
Next Iran denies al-Qaeda leader was killed in Tehran, calls it a ‘Hollywood script’