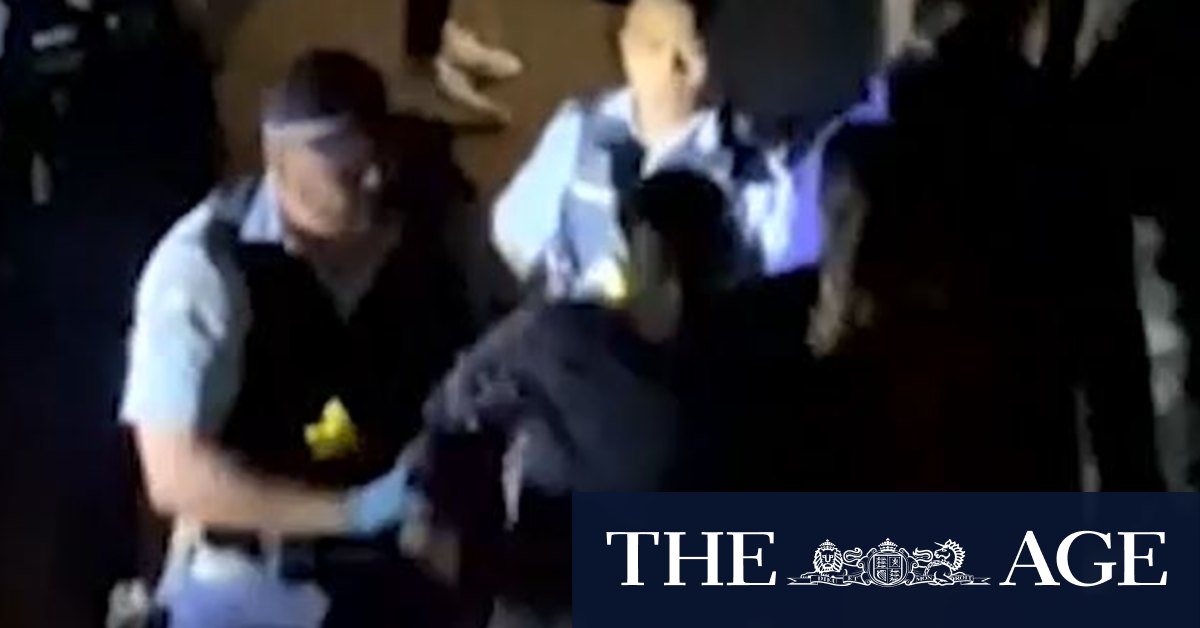 Police reinforcements were called in from Sydney City, Surry Hills and Kings Cross Police Area Command, as well as the public order and riot squad.

After initially refusing, the crowd eventually began leaving the unit.

A 19-year-old woman was treated by paramedics after reportedly having a panic attack. She was taken to St Vincent’s Hospital.

A female and a male police constable went with her – both suffering minor injuries. They have since left the hospital.

A 19-year-old woman was charged with refusing or failing to comply with direction and behaving in an offensive manner in or near a public place.

Another 19-year-old woman was charged with refusing or failing to comply with a direction and resisting or hindering a police officer in the execution of their duty.

A 24-year-old man was charged with resisting or hindering a police officer in the execution of their duty.

All three are due to appear at Downing Centre Local Court in January.

Police are investigating whether to enforce NSW’s Public Health Order banning more than 20 visitors in a private residence at any one time.

Every person inside a home with more than 20 visitors can be held individually responsible for a breach of the Public Health Order and risk fines of up to $11,000 or six months’ imprisonment or both.

Previous ‘I was screaming’: plane crashes into sporting field on Sydney’s northern beaches
Next Salah tests positive for coronavirus