‘I was screaming’: plane crashes into sporting field on Sydney’s northern beaches

admin November 14, 2020 National News Comments Off on ‘I was screaming’: plane crashes into sporting field on Sydney’s northern beaches 161 Views 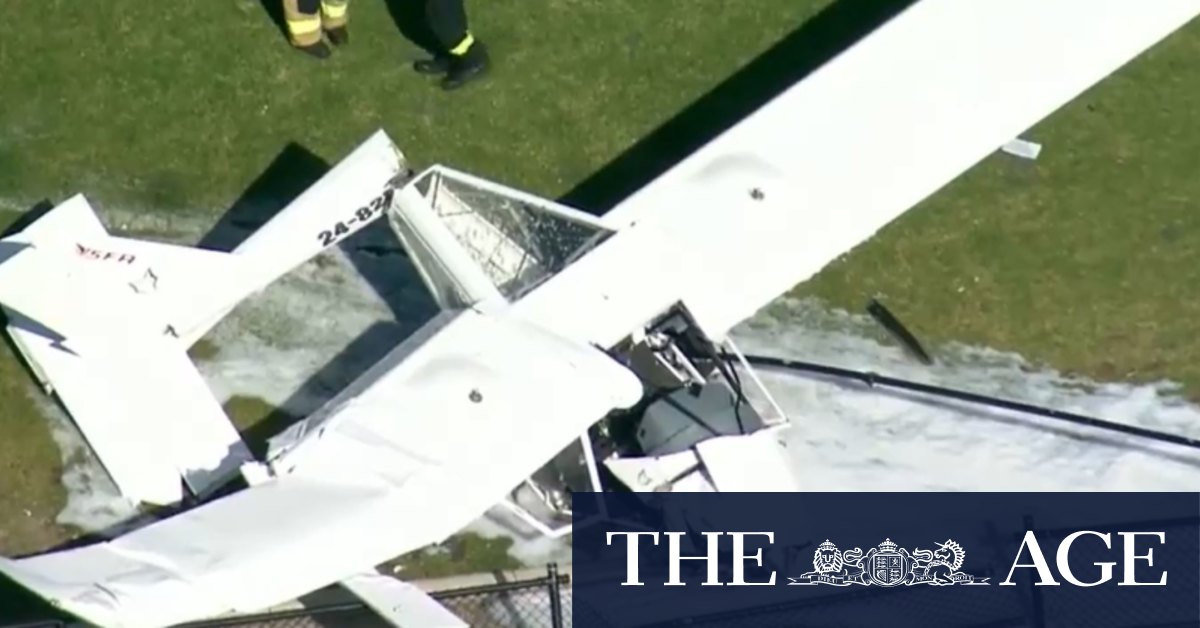 Greg Rollins, the senior vice president of the Cromer Cricket Club, said it was like a scene out of a movie as the plane hurtled towards the shed.

“I yelled out to the guys in the shed, I just said run. They started running.”

Witness Scott Manning told Nine News he was terrified as he saw the plane skim the top of the shed with his father and girlfriend inside.

“I ran screaming and he [the pilot] somehow just got over the top of that shed,” Mr Manning said. “That would have taken out, I’m sure, 12 people.”

Despite fears the plane’s crumpled fuselage could spark an explosion, cricketers rushed to assist its occupants.

Mr Rollins said he, along with two players from the opposing Beacon Hill team, sprinted towards the plane to drag the injured men out.

“The plane started to smoke and I thought we had to get these guys out,” Mr Rollins said. “The plane looked like it was going to blow up.”

The victims were still conscious but they were “not in a good way”, Mr Rollins said.

“One guy, his face wasn’t good. They hit hard enough to do a lot of damage but they’re alive, that’s the main thing.”

A 24-year-old man was airlifted to Westmead Hospital, where he is being treated for broken bones, including a compound fracture.

A second man in his 30’s was taken by ambulance to hospital with back pain and is being checked for spinal injuries as a precaution.

The plane was about 50 metres above homes when its shuddering engine began to attract the attention of onlookers on the ground.

“The motor was spluttering and then it just stopped,” witness Karen Frater said. “Very quickly [it] just started to descend. It was pretty scary.”

The cause of the crash will be investigated.