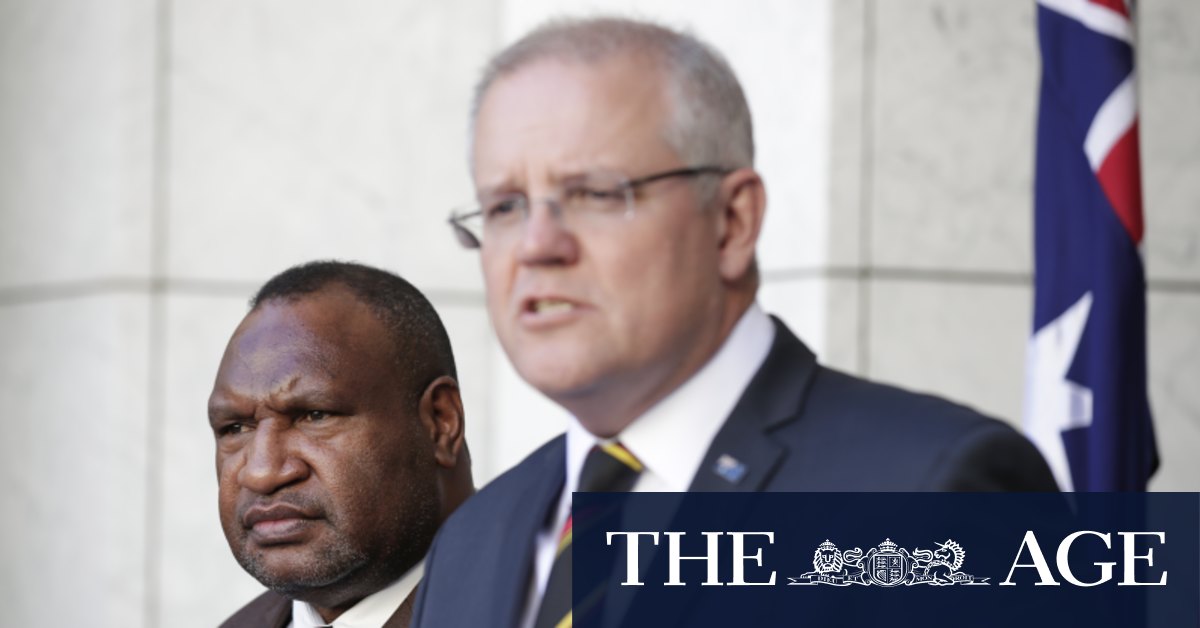 The defectors have used their numbers to suspend Parliament, and are believed to be preparing to launch a vote of no confidence in the first week of December that could see Mr Marape ousted.

They cited growing economic worries facing the indebted Pacific nation. The coronavirus pandemic and poorly negotiated terms for resource projects have also been blamed for the country’s worsening finances.

Mr Morrison will still travel to Japan next week to discuss trade, security and defence with the country’s new leader, Yoshihide Suga. He will quarantine for 14 days upon his return to Australia.

Mr Marape has been in power for just 18 months after replacing long-serving leader Peter O’Neill in a similar process that involved prominent government ministers switching sides.

Deputy Prime Minister Sam Basil was among those who withdrew support for the government on Friday.

“We understand the cries of the people and of course we are doing the right thing today,” Basil told local media, adding that he believed the country had gone backwards under Mr Marape’s leadership.

Mr Marape said on social media that he would not be easily removed.