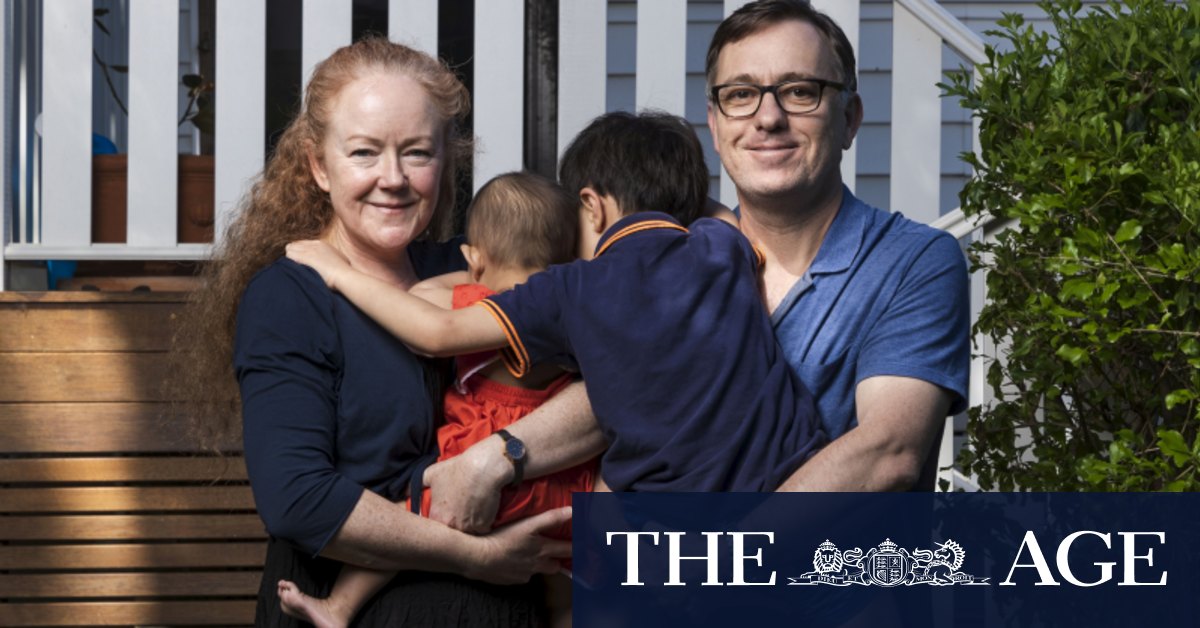 They presented letters from medical professionals and the NSW Department of Communities and Justice, which organised the adoption, saying it was essential for the wellbeing of both their new daughter and their six-year-old son, who is also adopted, to go home straight away.

But NSW Health rejected the request and omitted their son from their review of the case. The boy, who had trauma from his adoption background but did not have any mental health symptoms prior to quarantine, is now suffering from anxiety and panic.

“At one point he said ‘Mummy, I can breathe but I feel like I can’t breathe – what’s wrong with me?’ and it was just heartbreaking,” Fiona said. “We never imagined that the state government would be this callous to vulnerable little kids.”

The Sun-Herald has seen correspondence confirming the NSW Ombudsman is now following up on the case.

Brenna Russell from Nelson Bay endured hotel quarantine alone with her son, age 5, who has autism, ADHD, seizures, among other conditions, after returning from Alaska. She only received notification her request for an exemption had been declined when they’d already been in quarantine for nine days.

Ms Russell said, on the 11th day, her son tried to jump out the hotel window from the third storey because he couldn’t handle it. “I caught him when his arms and head were out already,” she said. “I could’ve lost my child and not because of COVID.”

A NSW Health spokesman said “exemption requests are taken very seriously” and confirmed a number of exemptions had been granted but refused to say how many. The NSW Health website states exemptions are “rare”.

“More than half of COVID-19 cases in NSW were overseas acquired and as such, hotel quarantine is a difficult but necessary safety measure,” the spokesman said.

Many people who spoke to The Sun-Herald said other countries successfully used technology such as ankle bracelets and WhatsApp video calls to enforce home isolation requirements, and Australia should have found a more humane alternative by now.

Alex Hunt from Rose Bay, travelling from Hong Kong where COVID-19 cases are low, was knocked back for an exemption for her three-year-old daughter who is considered high risk because she has Kawasaki disease and a compromised immune system.

In an experience shared by many, NSW Health’s proposed solution was to place the family in a health hotel where there are doctors and nurses on staff – even though they are also higher risk environments because of the COVID-19 patients.

“It is so frustrating to have a system in place that allows you to apply for an exemption but you only get one if you’re rich, famous or a sports star,” Ms Hunt said.

Meanwhile, another woman, who requested to remain anonymous, is one of the lucky few to receive an exemption signed by Health Minister Brad Hazzard to quarantine at home – but only after a fight.

The woman had been working overseas in a country with no community transmission of the virus while her husband and children remained in Sydney. She collapsed with an injury and nearly died and once she recovered, decided to return home to her family.

With a medical history that includes a chronic cardiovascular disease and associated depression and anxiety, her doctors considered it too dangerous to be in hotel quarantine, especially the health hotels.

However, her application for exemption was denied, as were her appeals. Her family believe the department eventually backed down because her husband kept escalating the matter, including producing a “stern letter” from her GP saying that NSW Health would carry full legal liability if something went wrong in hotel quarantine.

“It was a massive battle,” her husband said. “If you’re the average punter, I don’t think you’d have any chance – it seems I got lucky by not giving up and managing to push the right buttons in the right way.”