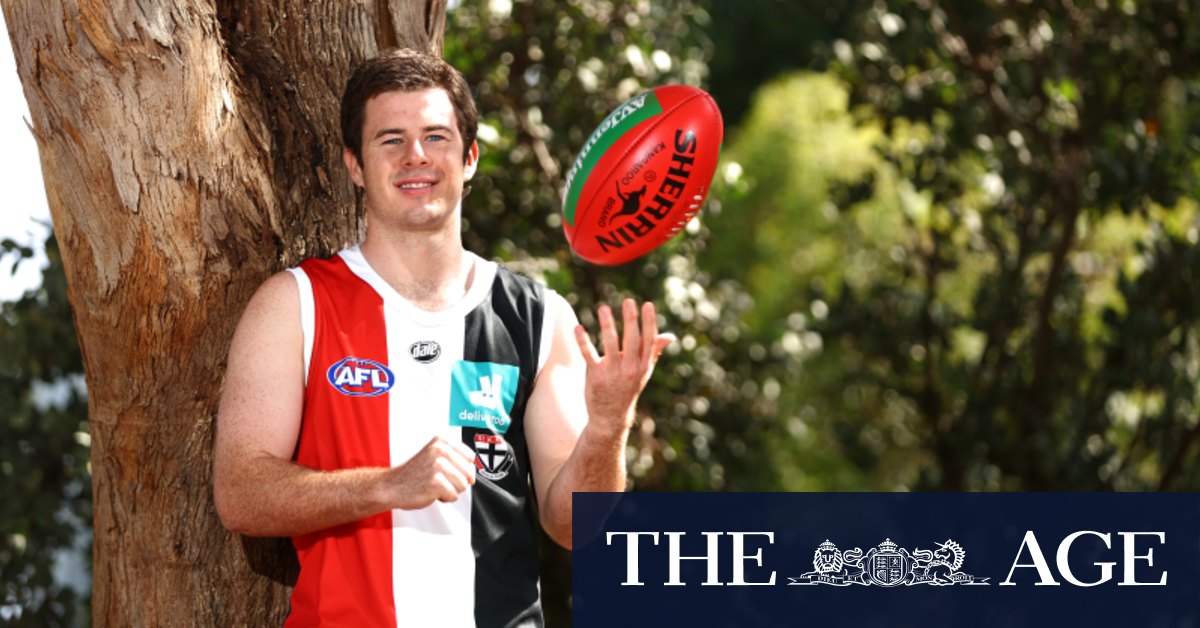 “They have some really young players like Hunter Clark … so hopefully I can be in that group and be together as a team for 10 years.”

Higgins sat out the latter part of 2019 because of a bleed on the brain. He was born with a condition that meant some blood vessels in his head are prone to bleeding.

He had brain surgery in September of that year and returned to the field in round two, 2020.

He then missed rounds 10-15 in 2020, and did not play again after round 15 despite being fit, missing the grand final win over Geelong.

“I had a bit of a delayed pre-season coming into it, didn’t start contact until February but that’s not an excuse, I was fit and healthy, just didn’t get picked,” he said.

Higgins supported St Kilda as a child and said it was a bit of a fairytale to be playing for them, especially after such a serious injury.

“I feel having all the health issues, that’s all behind me now, starting afresh and I feel like a new draftee. I feel like I haven’t played an AFL game and I just want to get stuck into it,” he said.

Higgins personally called former coach Damien Hardwick to tell him he was seeking a trade to the Saints.

“I gave him a call, I think he was in New South Wales driving his car so it was really hard to hear him but I just said ‘I really want to explore a trade, don’t take any offence, you’re a ripper bloke and a coach but I just want to explore my options.’

“Not really [nervous about the call]. He is a pretty laid-back guy ‘Dimma’, when you know him.

“He didn’t try to talk me out of it. [He said] ‘whatever is best for you’ so he was pretty understanding.

“I am pretty wrapt to be here, being a huge Saints fan when I was younger. I always dreamt of myself being a Saints player back in the day so to be here now, I feel a massive fan of the club still.

“I would [have] liked to stay at Richmond but I thought there would be more opportunity and like I said I could see [how good] St Kilda’s list here at the moment is and I thought it was a good opportunity to jump on board.”

Previous From the Archives, 1956: Melbourne lights up for the Olympic Games
Next Remote learning reinforced the joys of face-to-face teaching