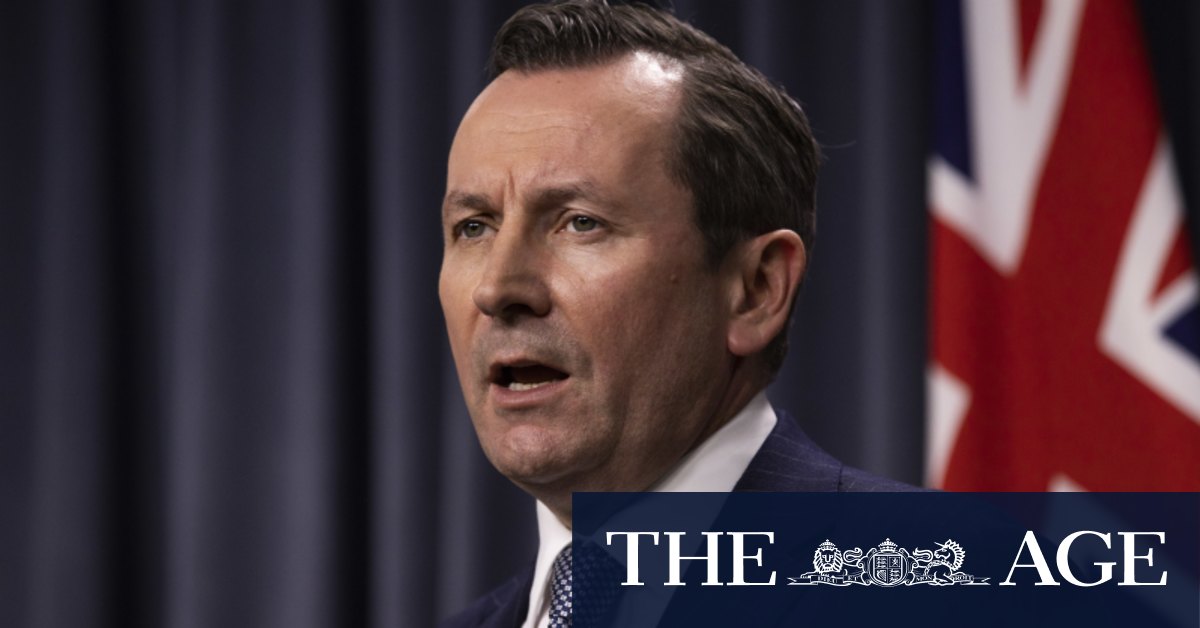 “Western Australia takes back around 1025 Australians from overseas per week … we quarantine those people, we test those people, but it’s obviously the biggest risk to the state,” he said.

“Under the controlled border people from New South Wales and Victoria will still be required to quarantine and be tested and that will continue until such time as we’re satisfied not to do that.”

People from other states and territories need to fill out a G2G pass verifying they’re not unwell and haven’t been to New South Wales or Victoria, but aren’t required to quarantine. There are currently 2168 people in state government-run hotel quarantine in Perth.

By 4.30am Sunday, 2087 people arrived in WA from within Australia by road or air; 449 of those came through the Eucla checkpoint, and 246 through Kununurra.

Mr McGowan said 449 people returned to WA on four different international flights, with about 1000 overseas travellers returning to Australia via Perth each week.

“We had a total of 14 domestic flights yesterday with 1392 passengers, no one failed their health screen test,” he said.

“Today we’re expecting 10 domestic flights … from states and territories other than NSW or Victoria.”

There are also three international flights arriving in Perth on Sunday from all over the world.

Mr McGowan said the controlled border was a “very safe regime” that would only change if the Commonwealth Government decided to make alternative arrangements with countries considered to be of higher risk.

“We would not hesitate to introduce much harder border controls in the future, we can’t take the risk,” he said.

“We know if we open up to overseas countries and just let people in without quarantining, that would be a mistake.”

Mr McGowan said international borders would most likely only lift once a vaccine was made accessible.

“The world appears to be on the cusp of a vaccine … hopefully by the end of next year we can roll it out to all our citizens,” he said.

“Why don’t we wait until then to open up our international borders?”

Lauren is a casual journalist at WAtoday who reports on education and general news.