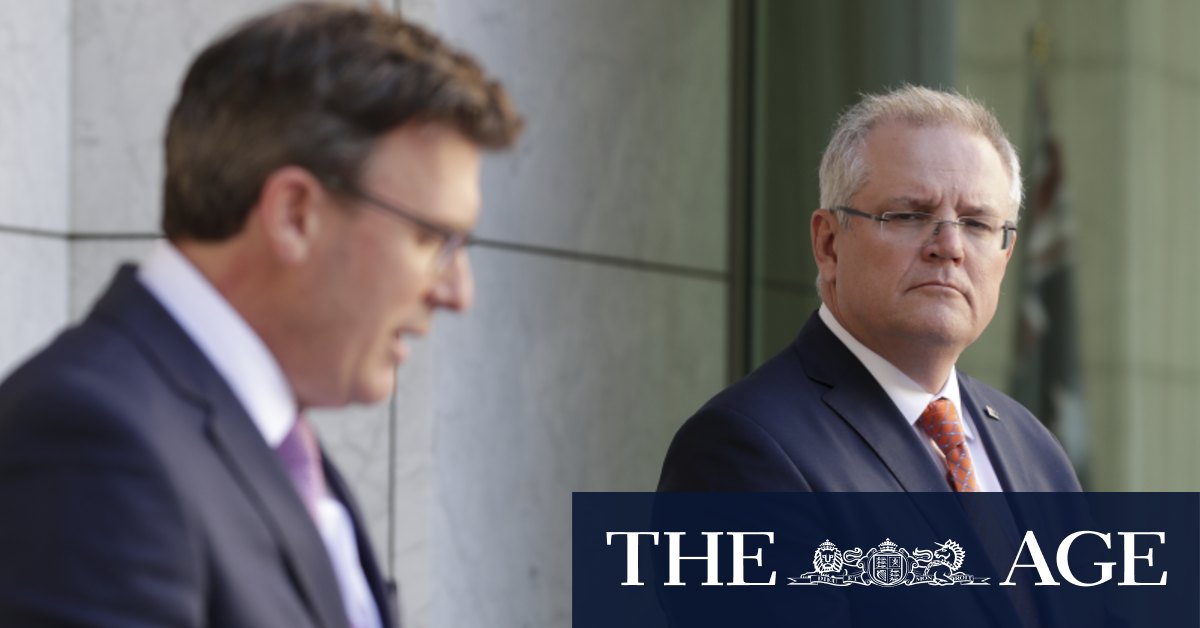 “Now it is time for the Morrison government to fess up who knew what when.”

The government has not accepted any liability as part of the settlement, which still has to be approved by the court. Government Services Minister Stuart Robert said the income averaging technique at the heart of the robo-debt scheme had been used under both Labor and Liberal governments.

“The process of using ATO [Australian Taxation Office] average income data has been a process that has been used for decades and decades,” Mr Robert said. “Indeed right back to the Hawke-Keating governments this approach has been used as a part of collecting debts.”

Income-averaging had been used as a last resort under human supervision, but then-treasurer Scott Morrison announced a massive expansion and automation of the technique in a cost-saving measure just before the 2016 election.

Ministers including now-acting Immigration Minister Alan Tudge and Mr Robert have since overseen the program, which a court found was “unlawful” last year.

The robo-debt scheme was scrapped in May, with the Commonwealth announcing it would pay back $721 million to about 373,000 people. Monday’s settlement is worth about $1.2 billion, a record amount.

Mr Morrison, who in June apologised for any “hurt or harm” people suffered as a result of the government’s scheme, stood by Mr Robert and praised his work on dealing with the coronavirus.

Both the Greens and the Australian Unemployed Workers Union also called for a royal commission into what Greens senator Rachel Siewert branded an “abominable action” that “went after the most vulnerable in our community to make savings”.

Thomas Studans, an AUWU spokesman, said he wanted more information from Gordon Legal, the firm running the class action, on why they had chosen to settle the case.

“[Victims] are due a lot more, to be honest, and so far no one has lost their job over this and it has been the subject of a billion-dollar court case,” Mr Studans said.

Under the settlement, people affected by the scheme will be repaid money unlawfully recouped and then compensated an average of about $280. Gordon Legal’s costs will also come out of that amount at a rate overseen by the court.

“We think the agreement we’ve reached today speaks for itself,” said Andrew Grech, a partner at Gordon Legal. “It provides great clarity and great certainty for group members, even those that don’t benefit from the settlement directly.”

Former Administrative Appeals Tribunal Member Terry Carney, who was one of the first people to find robo-debts unlawful in 2017, said the compensation should have been higher in an ideal world but was a “wonderful result” given the difficulty of suing the government.