More than 82,000 sex-abuse claims filed against Boy Scouts ahead of deadline

admin 2 weeks ago World News Comments Off on More than 82,000 sex-abuse claims filed against Boy Scouts ahead of deadline 10 Views 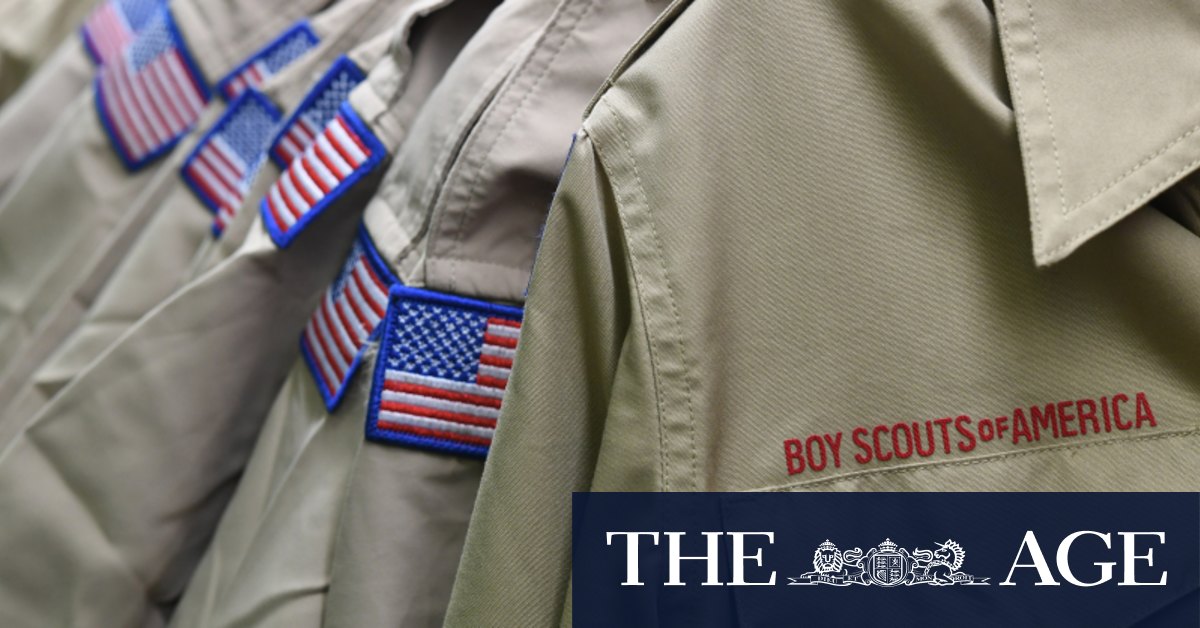 One coalition of attorneys, operating as the group Abused in Scouting, has clients from all 50 US states along with cases in which the abuse occurred overseas at places such as military bases in Japan and Germany. The accusers range in age from 8 to 93. While the vast majority are men, some women have also filed complaints.

The avalanche of claims, 82,663 of them by late Sunday, set up a monumental task for the bankruptcy case as the Boy Scouts seek to one day emerge with its operations intact.

Although the national organisation has more than $US1 billion ($1.37 billion) in assets, according to its bankruptcy filing, the organisation also has a network of local Boy Scouts councils that own hundreds of camps and other properties across the country where Scouts can advance their skills and values along lake shores and in mountain valleys.

As the Boy Scouts seek to reorganise and set up a victims’ compensation fund under the Chapter 11 bankruptcy filing, a judge set Monday as the deadline for victims to come forward with claims that will ultimately undergo a vetting process.

In a statement, the Boy Scouts of America said the organisation was “devastated by the number of lives impacted by past abuse in Scouting.” The organisation said it had sought an accessible process for survivors to seek compensation.

“The response we have seen from survivors has been gut wrenching,” the organisation said in the statement. “We are deeply sorry.”

Founded in 1910, the Boy Scouts grew under a rare congressional charter in 1916 that detailed scouting values of “patriotism, courage, self-reliance and kindred virtues” — goals that shaped the civic ideals for generations of American boys.

From an early age, young Scouts learn about obedience and loyalty, reciting an oath to stay “morally straight.” The organisation has said that some 130 million Americans have gone through its programs over the years, including the likes of John F. Kennedy, the astronaut Neil Armstrong, the Civil Rights icon Ernest Green and the film director Steven Spielberg.

While the Boy Scouts count some 2.2 million current members, those numbers have been on the decline from a peak of around 5 million in the 1970s. In 2017, the organisation expanded to allow girls to participate, although that effort has frayed relationships with the Girl Scouts of the USA.

But even in the organisation’s early years, abuse files maintained at the Boy Scouts headquarters detailed troubles. In 1935, the organisation described having files on hundreds of “degenerates” who had served as Scout leaders, according to a New York Times article from the time.

Lawyers, including Mones, later pressed to release some of those files in a case in Oregon, where a 2010 jury verdict held the Scouts liable for $US18.5 million in punitive damages. The Oregon Supreme Court later ordered that the case records be made public.

Although many of the abuse cases occurred in decades past, some states in recent years have passed laws giving older victims a chance to pursue accountability in the courts. That includes New York, which approved a one-year window that opened last year, prompting a stream of new lawsuits with defendants from organisations such as schools, the Catholic Church and the Boy Scouts.

Terry McKiernan, the president of BishopAccountability.org, a watchdog group that tracks abuse in the Catholic Church, said more than 9000 victims had come forward over the years, although he believed that number represented only a small fraction of those who suffered abuse in the church.

Frank Spinell was 11 years old on Staten Island when he joined the Boy Scouts in 1978. He said his Scoutmaster, a police officer named Bill Fox, began to groom him, taking him out for ice cream, pressing to have Spinelli sleep at his home and turning their conversations toward sex. It ultimately led to three years of sexual abuse, Spinelli said.

Fox was eventually convicted of abusing three boys and later died in prison.

Years ago, Spinelli said he approached lawyers to talk about pursuing a case against the Boy Scouts, but they told him the statute of limitations had long passed. But after New York approved its new look-back law, the lawyers returned to say that he now might have a case. He is among those filing as part of the bankruptcy proceeding.

Spinelli said he was not surprised to see so many men coming forward with claims. He said that it was not something that was gratifying to see and that financial compensation wasn’t the important thing to him. Instead, he said he was hopeful that a window into the magnitude of the problem and the accountability coming in the bankruptcy process could help force lasting change in the Boy Scouts.

“I truly believe it’s these uncomfortable conversations we need to have to recognise a path moving forward,” Spinelli said.