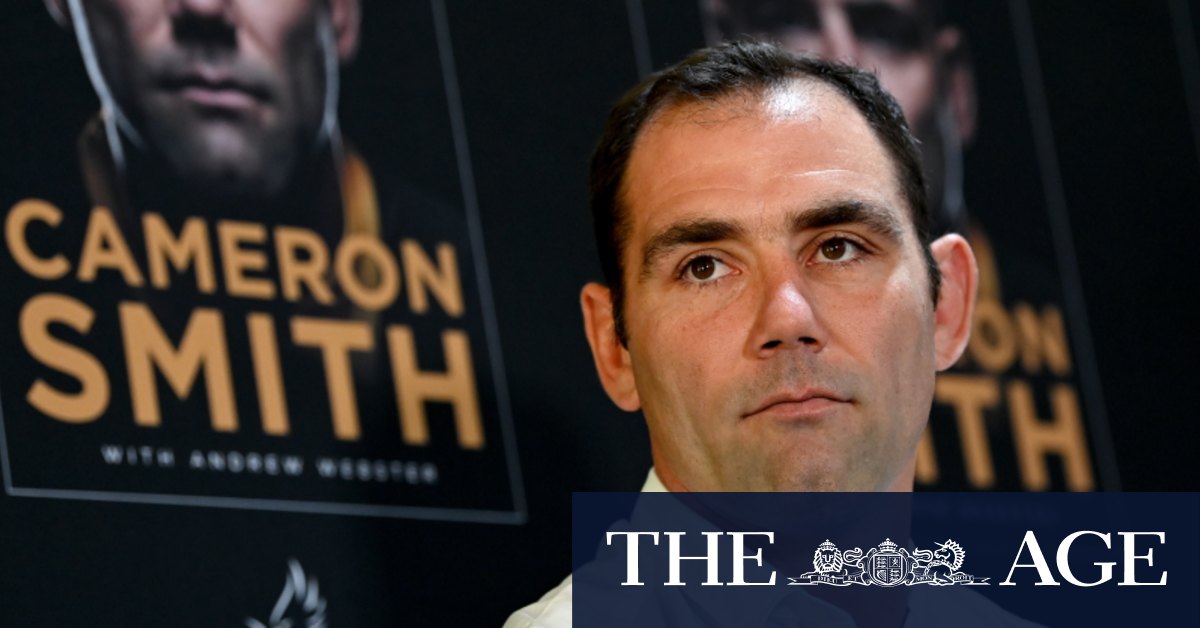 The internal struggle for Smith is the same one he wrestled with for much of the season. At 37, he remains fit, in relatively good health and is still one of the best in the game. But whether he wants to make all the sacrifices that go with being an elite athlete is a question with no obvious answer.

He walked the same path when he made the call to retire from representative duties at the end of 2017, arriving at the conclusion he could no longer balance club and Origin/Kangaroos demands while delivering the kind of performances he expects of himself.

“Playing at this level, it’s more than just feeling good and playing well, there’s a lot more commitment than that,” Smith said.

“It’s weighing up whether I want to go on, really. It’s not that I don’t love the game. But there’s so much commitment and sacrifice you need to give to be an NRL player.

“It’s really about, ‘am I going to have the same level of commitment? Am I willing to sacrifice to be an NRL player, and not just a player that rolls out and plays on the weekend?’ I’ve got a standard that I want to be able to achieve every time I train and play. If I don’t feel I can be at that high standard, that will count to my decision.”

It’s increasingly clear Smith has played his final game for the Storm. In his book, he said he didn’t want to see the club lose players like Brandon Smith or Harry Grant just so he could play for one more season.

“There’s no way I’m re-signing for another 12 months if the club is going to lose either Harry or Brandon. I don’t want to see the club struggle in the long term just so I can play one more season,” he wrote.

“I was well aware of Brandon Smith’s and Harry Grant’s situations. And I knew that if I chose to play on in Melbourne, it would be hard for the Storm to retain all three of us, even though the club had said time and time again that it could.”

That being the case, there is one obvious destination should he want to suit up next season. The family has moved to the Gold Coast and the Titans are a young team on an upward trajectory. They would love to have him running the show from dummy half.

Smith has often said he couldn’t see himself playing for another team but that stance has softened since the grand final. The real question, he said, revolves around his desire to get back into the NRL grind, not the colour of the jumper.

“I haven’t considered that [playing for another team] but it’s not going to be picturing myself playing in a different jersey, for a different club, it’s about whether I want to make that commitment to play again. If it is, and if it is at another club, I’ll have to adjust to that,” Smith said.

“I’ve never really seen myself playing for another club but I’m in the situation I’m in now. The Storm have been great, they left me alone all year. I’ve been grateful the club has given me the time and space to make that decision.”

Even Storm coach Craig Bellamy, who joined Smith at the launch, said he would wish him well should he be a rival next year.

“We’ve had him for his whole career. We’re not going to be too selfish if he wants to play for someone else. He’s done a hell of a job for us. We just want the Smith family to be happy with whatever they do,” Bellamy said.

One thing Smith has ruled out is a role as a head coach. Having seen how consuming it is while watching Bellamy, it’s a life he can do without.

“I couldn’t see myself as a head coach,” he said. “But I’d like to be involved in the game in a mentoring role, or as a specialist coaching role, where it’s not so much the grind of every day and being at the game. I’d love to try and develop young players into consistent first graders.”