Stephenson has a ‘little chip on my shoulder’ after Pies trade 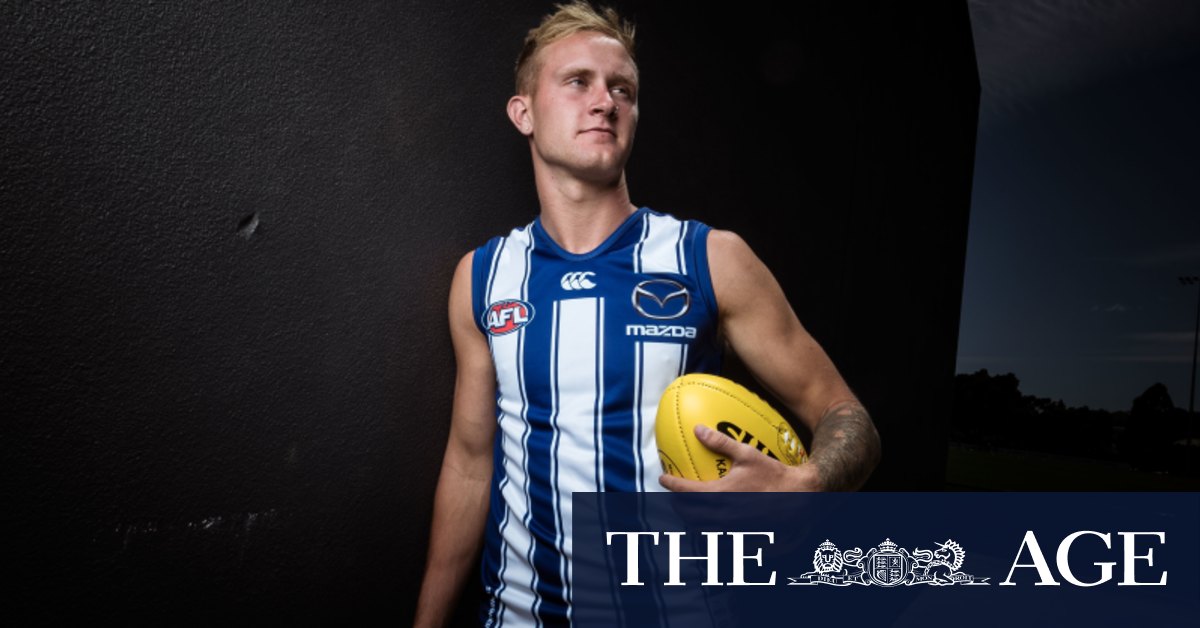 “It certainly put a little chip on my shoulder and a lot of motivation to get out there and work hard and put my best foot forward here at North,” he said.

“I am really looking forward to when the time comes when we get to play Collingwood.

“I’ve gone out and gotten a personal trainer. Obviously body size is something I need to work on and hopefully it can help me improve that and take me to the next step.”

Stephenson said he was 100 per cent physically fine after glandular fever impacted his preparation last season, and that he had spoken to Buckley since he aired his grievances last week.

“As young players we are continually growing and working, we have all got things to work on … I have addressed mine and hopefully I can continue to improve,” Stephenson said.

“There’s a difference between [hearing] what you need to work on and ‘you’re being traded’ … the dialogue wasn’t clear enough both ways [but] it’s turned out for well for me here at North.

“It’s been good to chat to Bucks and clear the air and I am rapt with the opportunities that lie ahead at North Melbourne.

“We both had no hard feelings toward each other. I am sure I can run into Bucks and sit down, have a chat or a beer.”

Stephenson was happy he could get to North with his mate Bosenavulagi by his side, who he described as “one of his most loved teammates”.

Bosenavulagi played three games as a forward in 2020 for Collingwood after making his debut in round six.

He said he was out of contract at the Pies and had been offered a spot at North about a month before trade period.

“It was hard to leave … It was more for an opportunity to get more of a run and prove myself,” Bosenavulagi said.

Bosenavulagi has family ties to Collingwood – his grandma’s sister is married to cheersquad identity Joffa Corfe, who he refers to as “grandpa”.

His mum is also a big Collingwood supporter but he said he thinks he can turn her stripes from black and white to blue and white.

“There was a bit of persuading to do, especially mum, but she is happy now,” he said.

But what about convincing Joffa to switch?

Previous ‘Not about revenue’: Investors see hidden values in CSL plant deal
Next Second-hand cars with that new car price