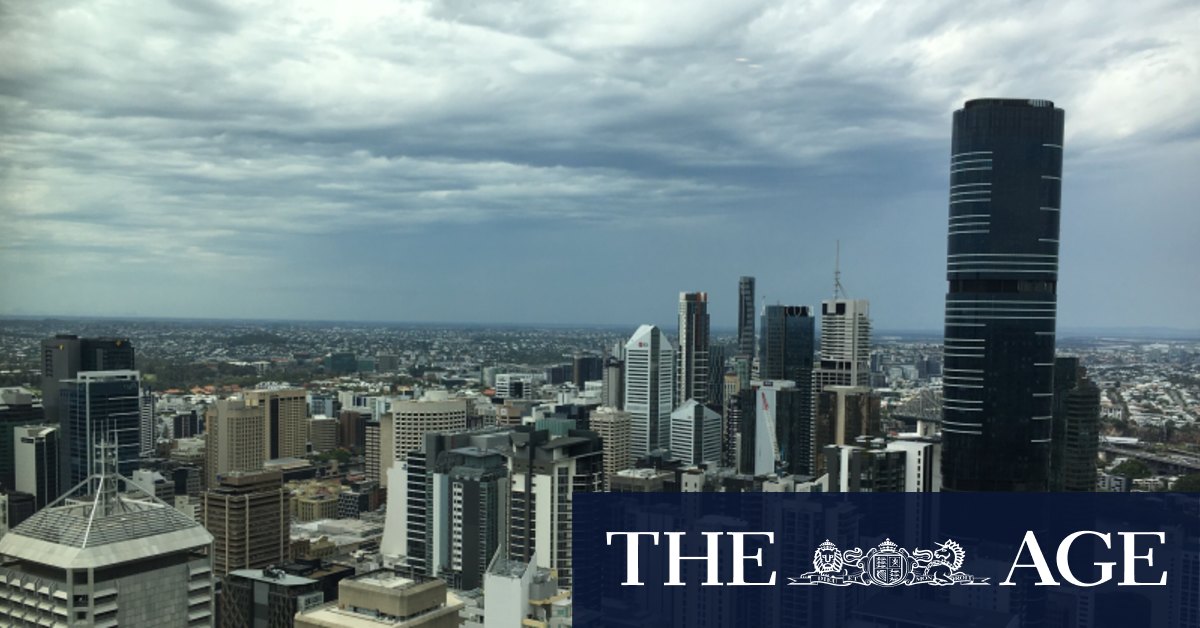 An early storm that passed over Brisbane about 3pm delivered a drizzle, but fewer than 10 millimetres of rain. Another that formed near Mount Tamborine had moved offshore by about 4pm.

Mr Hall said a southerly change would bring cooler air from the NSW coast on Tuesday afternoon and evening.

“We will have a few days of reprieve, with temperatures close to the average for November, and it will be a little less humid than it has been,” he said.

But broader parts of the state, including the Darling Downs and further west, would not receive relief from the heat, with temperatures expected to soar above average in the coming days.

“We did have hot and humid conditions in the past few days, with overnight temperatures along the coast rising two or three degrees above average for November,” he said.

“Inland, such as places like Ipswich and further west, will see five or six degrees above average.

Brisbane’s temperature hit 31 degrees with high humidity at the weekend, while Ipswich had temperatures of up to 37 degrees on Saturday and 34 degrees on Monday.

On Tuesday, a large aerial tanker was brought in to help Queensland Parks and Wildlife extinguish a fire that has now burned for more than a month on Fraser Island, forcing the evacuation of campgrounds on the weekend.

“Dealing with an island where a lot of the area is remote, you only get a small opportunity to take initiative,” he said.

The fire, burning near Lake Bowarrady, remains at advice level, with no threat to life or property. Firefighters also extinguished a blaze along the M1 near Oxenford on Tuesday morning.

Calls to triple-0 increased by about one-third on Monday after temperatures soared above 40 degrees in parts of the state.

Health Minister Yvette D’Ath said the service usually received about 2400 calls a day but that jumped to more than 3100 on Monday.

“I have just come from the centre and they said they were absolutely smashed, it was never-ending,” she said. “It was all related to the heat. They were all genuine calls of people needing health care.”

Ms D’Ath reminded people to stay in the shade, drink water and check on neighbours, elderly relatives and friends.