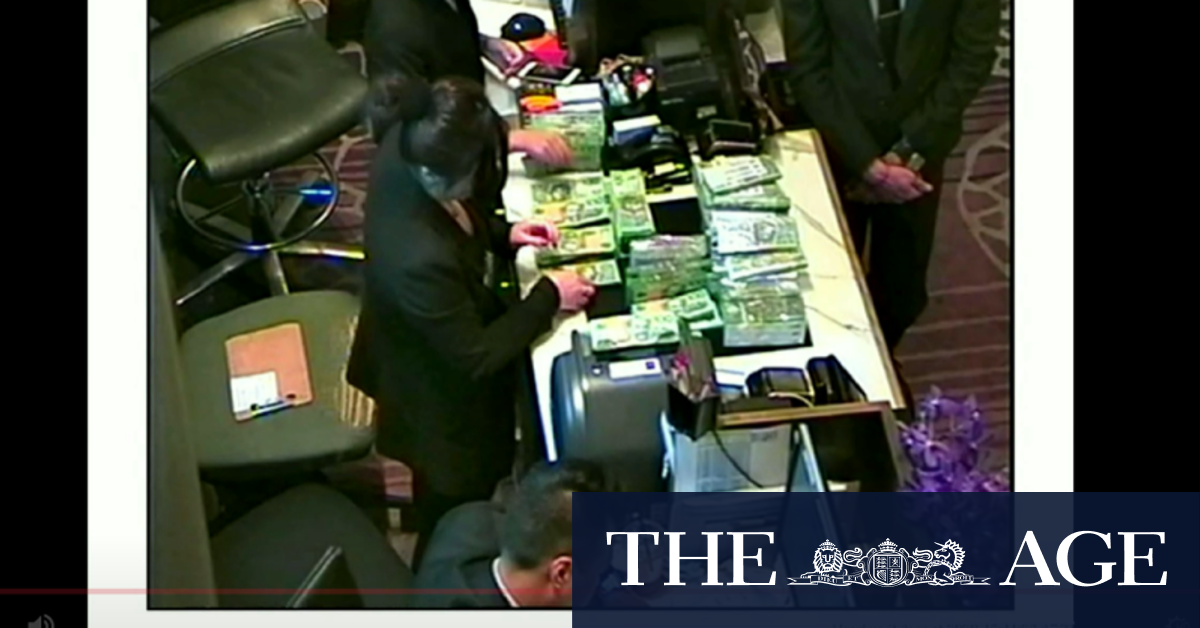 Junkets, which arrange to bring mostly Chinese high-roller gamblers to casinos around the world, are not currently licensed in Victoria, NSW or Western Australia.

The NSW Independent Liquor and Gaming Authority inquiry has heard how Crown consistently overlooked or ignored red flags including several due diligence reports that warned its business partners were linked to organised crime.

Crown continued to work with its largest junket partner, Suncity and its owner Alvin Chau, even after the financial crimes regulator Austrac raised concerns in 2017 about Mr Chau’s involvement with Macau triad gangs.

Crown also found $5.6 million in cash in Suncity’s private gaming room at Crown Melbourne in 2018, in a clear red flag for money laundering, but did not end or even review the partnership.

Counsel assisting the inquiry Naomi Sharp, SC, has said Crown’s approach to junkets was a key reason it was unfit to keep its casino licence, and illustrated “a culture that pursues profit at all costs, a culture of disregard – or some may say arrogance – to regulatory compliance, and a culture of denial”.

The NSW gambling regulator will meet on Wednesday to decide whether to intervene to prevent Crown from opening its new casino at Barangaroo next month, until the inquiry conducted by Commissioner Patricia Bergin is completed.

Crown said on Tuesday it had started consultation with regulators that oversee its casinos in Melbourne, Perth and Sydney. Crown has suspended working with junkets while Australia’s borders are closed and so it could undertake a “comprehensive review” of its business partnerships.

Crown’s legal counsel Perry Herzfeld, SC, told the ILGA inquiry on Tuesday the decision on its suitability had to consider what Crown had done to address the shortcomings in how it checked junkets for criminal links.

“Crown’s due diligence processes with respect to junkets have evolved and improved over time,” Mr Herzfeld. “The principal focus should be on Crown’s present processes, recognising the improvements Crown has made over time and is continuing to make.”

However Mr Herzfeld tried to walk back Crown chairman Helen Coonan’s evidence that she would not describe Crown’s junket checks as “robust” – a claim the company made in a newspaper advertisement and ASX release attacking last year’s media expose.

“Crown accepts that there were shortcomings, it does not accept…. that the system was not robust,” he said.

Mr Herzfeld said Crown accepted it had enough evidence that it should not have worked with one junket partner – the so-called Hot Pot outfit run by Ng Chi Un, which was linked to an international drug syndicate. But decisions on other junket partners were not straightforward, he said, when the only evidence Crown had of criminal links were warnings in due diligence reports or in the media.

On balance, however, Mr Herzfeld said Crown would not work with a junket in the future if it had a string of serious allegations made against it, as was the case with Suncity and Alvin Chau.

The Victorian gambling regulator last month issued Crown a show cause notice asking why it should not be disciplined for failing to conduct proper due diligence on its junket partners, while Austrac has commenced an enforcement probe into potential money laundering breaches.

A spokeswoman for the VCGLR said Victoria’s casino laws do not contain a licensing regime for junkets, and that changes to the legislation were a question for the Department of Justice and Community Safety.