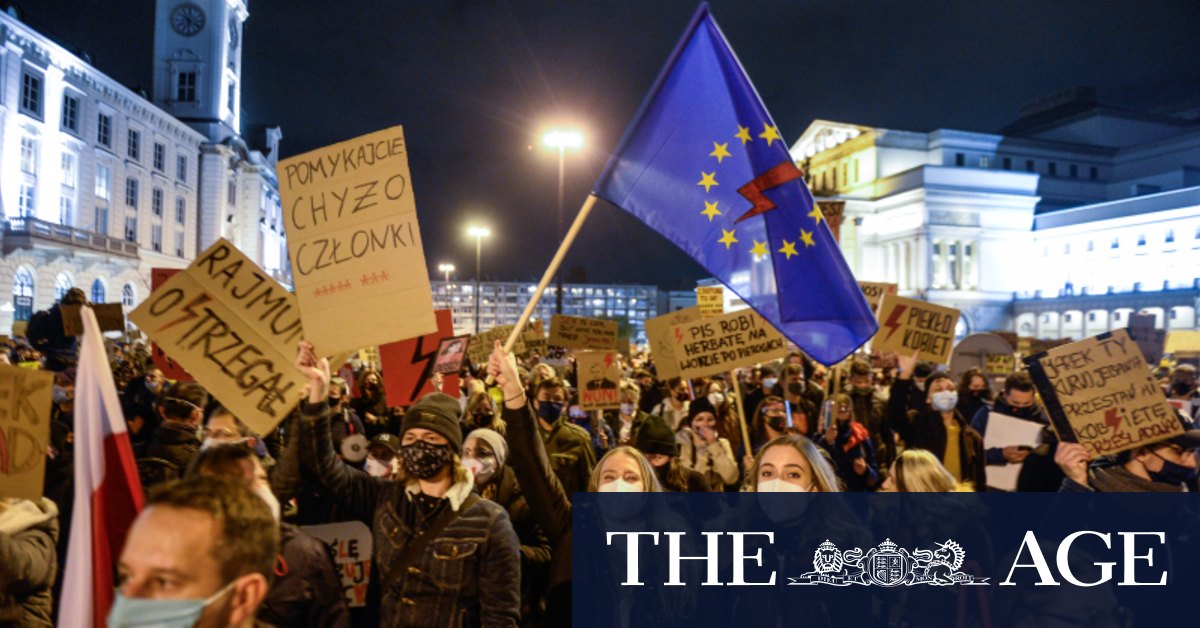 The conditions were drawn up to try to force the reforms on Poland and Hungary, two countries which have been steadily legislating away independent judiciaries and free media.

But both Hungary and Poland have enormous leverage because elements of the stimulus and budget package must receive the unanimous approval of member states.

In Warsaw, Polish Justice Minister Zbigniew Ziobro declared at a news conference on Monday that “there will be no consent to this mechanism” and that such a mechanism would “radically limit Poland’s sovereignty”.

EU European affairs ministers are set to discuss the standoff, and if it remains unresolved the bloc’s leaders could take it up at a videoconference summit on Thursday evening.

Some political observers think the threats amount to bluffing since by vetoing the entire budget, they would in effect cut off badly needed funds to their own countries, former communist states in central Europe that receive more money from the EU pot than they pay into it.

The funding will be especially critical as Europe struggles to emerge from the economic downturn caused by the coronavirus pandemic. The budget is meant to take effect on January 1, and officials are desperate to have the agreement rubber stamped within weeks.

Ziobro, the Polish Justice Minister, depicted the rule of law mechanism as an attempt by the German EU presidency to control Poland — an allegation that appeared targeted to older Poles who remember Germany’s World War II occupation of Poland.

“It’s not about rule of law, which is only a pretext, a beautiful word that goes nicely in the ear, but it is really about institutional, political enslavement, [and] a radical limitation of sovereignty,” Ziobro said.

In a weekly radio interview on Friday, Orban said that rule of law conditions resembled “ideological blackmail” practiced by the Soviet Union.

“If they really pass this [rule of law] regulation, then we will have created a Soviet Union out of the European Union,” he said.

So why has Indonesia recorded so many cases, so many more deaths and conducted so …