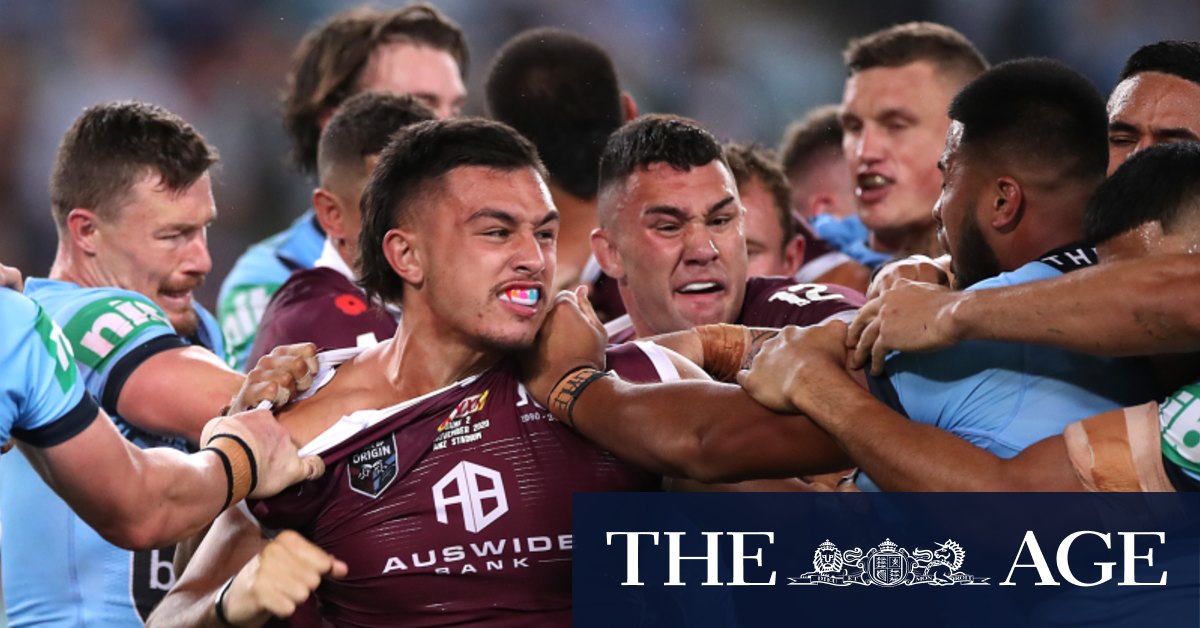 Haas said he won’t have anything to prove at Suncorp Stadium, which has no COVID-19 crowd restrictions and is expected to be packed out with Maroons fans.

“I haven’t said much to him, actually,” Bennett said of Fa’asuamaleaui. “He’s not someone you have to talk a lot to because he’s pretty motivated, he’s pretty easy to coach. He wants to do his best for you.

He’s only going to get better and he’s not going to be intimidated by anybody.

“He’s only going to get better and he’s not going to be intimidated by anybody. Let’s get out there and see what happens tomorrow night.”

The Maroons had a late change on Tuesday. Winger Xavier Coates (groin) failed a fitness test, meaning Edrick Lee will get his debut on the wing. Brenko Lee will debut in the centres, with Kurt Capewell moving to the left edge. Jaydn Su’A has shifted back to the interchange ranks.

Christian Welch returns to the front row, with Bennett hoping he can hound Nathan Cleary like he did in game one and for the Storm in the grand final.

“I love his energy, that’s what he brings,” Bennett said. “He’s full on. He’s not there a long time but he’s full on. He’ll bring the pressure, I know that.”

Bennett had bristled at suggestions from south of the border that Queensland medical staff failed to assess Jake Friend for a possible head injury in game two after he took a series of heavy knocks within 30 seconds.

NSW were warned by the NRL for their handling of Boyd Cordner’s concussion in game one. The Herald revealed the Blues sought an explanation from the governing body over what they perceived to be a lack of due care shown to the Roosters dummy half.

“With the focus on HIA management after the Boyd Cordner incident, plus the focus on player welfare, it beggars belief why Jake Friend’s two incidents did not warrant him coming from the field for an assessment,” a source close to the Blues told the Herald on Monday.

That didn’t play well with the Maroons, who have strongly endorsed team doctor Matt Hislop and backed his handling of the incident. Bennett said NSW had no right to question Hislop’s integrity.