Lanning scorches along as Stars lock in finals berth 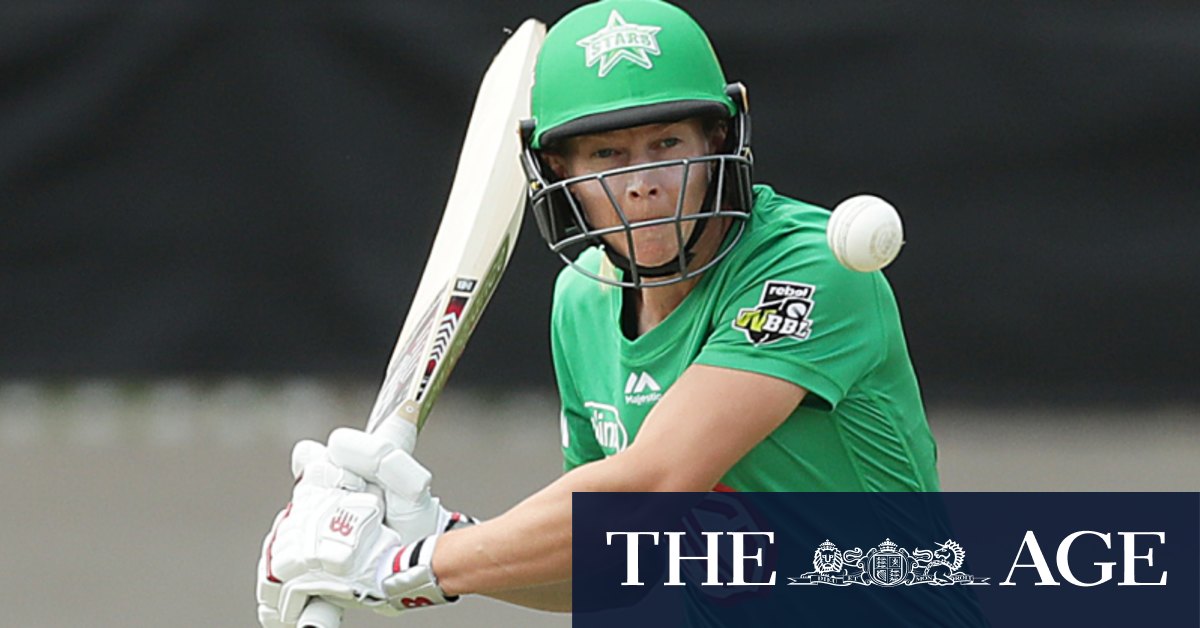 This was a clash between the top two teams on the ladder but the contest was weakened by the absence of Scorchers’ star Sophie Devine (back spasms). Devine’s absence was a major loss, for she and Lanning had been the equal second-leading run scorers this season behind Mooney before this match.

The Stars have underachieved and not made the finals in first five years of this tournament but under new coach Trent Woodhill and with the return of Lanning from Perth they have finally booked a berth. Woodhill has given the players a freedom to follow their natural instincts – and he eschews long pre-game meetings. This win left the Stars on top of the ladder with 17 points – five clear of second-placed Brisbane – with three matches remaining.

Rebounding from a shock super-over loss to the Renegades on Sunday, the Stars were without key pacers Nat Sciver and Katherine Brunt – but it did not matter.

Lanning was in superb touch, acknowledging her fifth half-century of the tournament. There were flicks to leg side, slashing cuts and excellent footwork to the spinners among her eight boundaries and a six. In her first season upon returning to the Stars, she could not have asked for better individual form, averaging 51.42 at a wonderful strike rate of 130.43.

The Stars were in prime position at 1-81 after the 10th over but the Scorchers fought back once refreshed from a drinks break. Lanning was unbeaten on 45 at that point but her time expired soon after when she mistimed a drive and was caught at mid off. The Stars had hoped for a total closer to 170 but the Scorchers maintained a more disciplined line, the Stars losing 7-48.

Amid the wicket rush, du Preez, who has enjoyed a strong campaign, retained her composure and notched a half-century. Youngsters Annabel Sutherland (4 off 9) and Tess Flintoff (0) were unable to contribute, the latter falling to a slick leg-side stumping by Mooney.

In reply, Mooney dashed to 35 off 21 balls. She was particularly savage on Sutherland’s second over, with 12 runs leaking, leaving the young pace ace with 0-20 off two. Sutherland later grassed a catch that could have proved costly.

When Mooney fell in the 11th over, caught at mid off from leggie Alana King, the Scorchers were still well positioned at 2-82. Heather Graham, who has had a mixed tournament, threatened with some early dash but pacer Rosemary Mair claimed the key breakthrough. Mathilda Carmichael (32 off 30) found the boundary but Mair held her nerve in the final over.

Previous ‘Cranking’ storms cool SEQ as aerial tanker fights Fraser fire
Next ‘It doesn’t give me anything’: Robo-debt victims unhappy at settlement