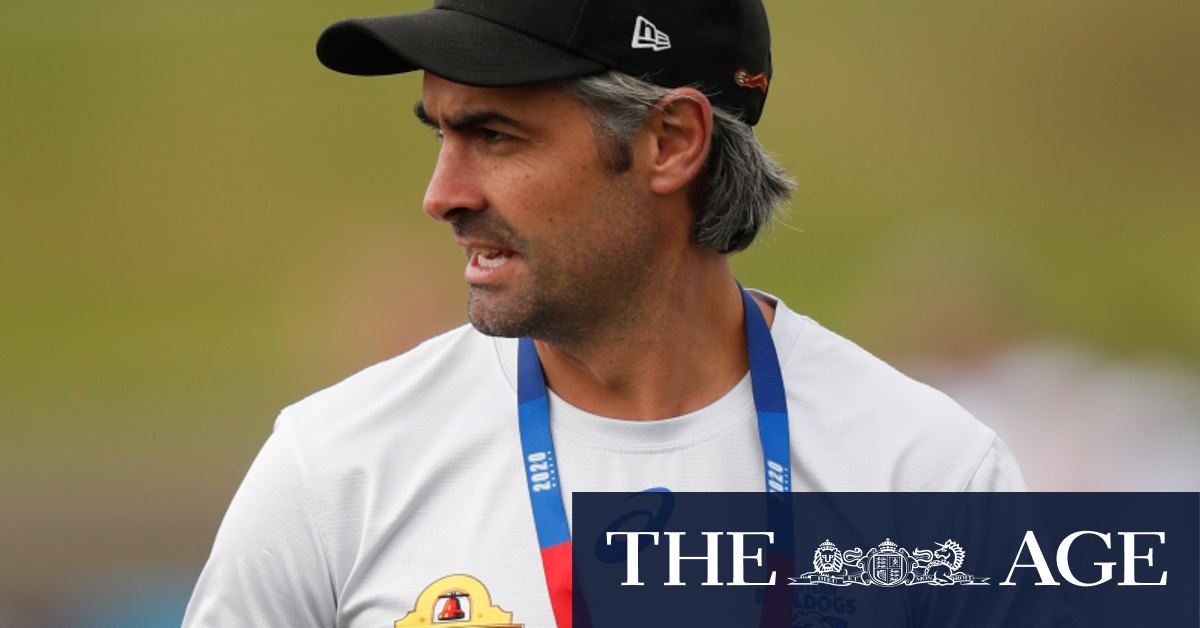 He joins Brisbane Lions’ football manager David Noble and Collingwood assistant Robert Harvey as potential candidates for the job that became vacant when Rhyce Shaw finished up at the end of the season for personal reasons.

The Kangaroos are hopeful of announcing a coach within a fortnight with the national draft set to be held in the week beginning on December 7. The new senior coach is expected to appoint two assistants to join John Blakey, Gavin Brown, Leigh Adams and Brent Harvey on the club’s revamped panel.

West Coast assistant Jaymie Graham has decided to continue his career with the Eagles after being sounded out by the Kangaroos. Port Adelaide’s Michael Voss declared he had unfinished business at the club and would not be putting his hand up for the job. Adam Kingsley has stuck with Richmond where he is building a strong reputation and Scott Burns moved to Adelaide. Alastair Clarkson will be continuing as Hawthorn’s senior coach in 2021 while former coach Ross Lyon is content to stay out of a senior coaching role for now.

David Noble
The 53-year-old played two games for Fitzroy after emerging from North Hobart. He then played for Prahran before heading down the coaching path at Upwey/Tecoma, the Oakleigh Chargers, NSW/ACT Rams, the Western Bulldogs and Glenelg before becoming an assistant coach with the Crows in 2005. He moved into football administration in 2011, becoming Adelaide’s list manager and then football manager before joining Chris Fagan at the Brisbane Lions. The pair has successfully rebuilt the Lions football program. Noble has experience and is highly regarded in the AFL by players, administrators and the media.

Robert Harvey
The former Saints champion and dual Brownlow medallist has spent the past 12 seasons coaching after his 383-game career ended in 2008. He has been at Collingwood alongside Nathan Buckley since 2012, having coached as an assistant at Carlton and St Kilda before joining the Magpies. The 49-year-old was named the AFL Coaches’ Association’s assistant coach of the year way back in 2013. He feels ready and is keen to pursue a senior coaching career with Collingwood’s full support.

Daniel Giansiracusa
North Melbourne’s head of player personnel Scott Clayton recruited Giansiracusa to the Bulldogs back in the 1999 national draft while list manager at the club, and the crafty forward went on to kick 331 goals in 265 games at the club before moving into coaching. The 39-year-old was recently appointed as an assistant coach at Essendon alongside Ben Rutten after being named the 2020 AFL Coaches Association assistant coach of the year following six seasons as an assistant coach at the Bulldogs. Popular, low key football person.

Previous ‘I felt that little bit of guilt’: Why Papley asked to be traded from the Swans
Next Pallas urged to triple home owner grant to ‘kick-start’ building jobs