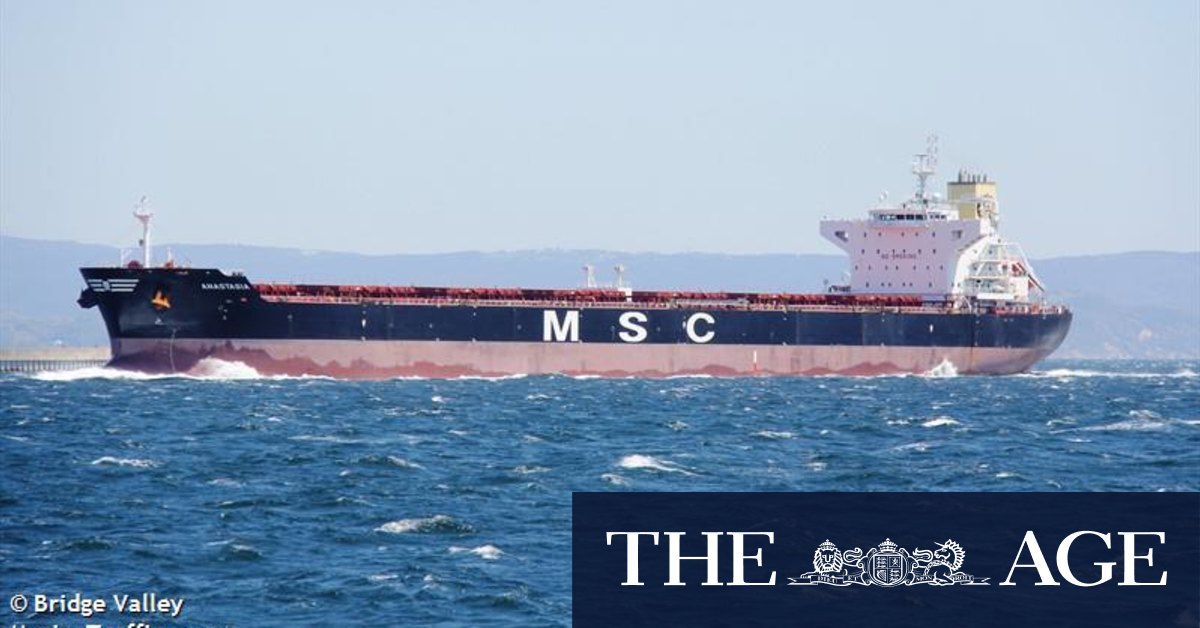 Up to 400 seafarers could now be stuck offshore at Jingtang. A Bloomberg analysis of marine traffic data found at least 21 bulk carriers are anchored off the northern Chinese port, unable to offload their Australian coal, worth up to $273 million.

Supplies and medications are dwindling for the 41 crew on two of the vessels, the Jag Anand and the Anastasia, after almost five months at anchor in northern China. Responsibility for the ships has been passed between governments, companies and exporters, prompting unions to label the situation a humanitarian crisis and demand the UN agency to intervene.

Australian exports have been hit with multiple blows this year after the Morrison government pushed for an independent inquiry into the origins of the coronavirus and criticised the Chinese Communist Party’s actions in Hong Kong and the South China Sea.

The trade dispute has been compounded by Chinese authorities implementing quotas on Australian coal exports to protect their local miners. Chinese authorities have been ramping up local production after years of relying on imports to meet their demands for steel and power.

Coronavirus restrictions have also prevented the sailors from coming ashore, while the charters of the ships have refused to allow their coal to be redirected to ports in Japan to sell at a discounted price.

The owner of the Anastasia, the Mediterranean Shipping Company, said the ship was operated by an independent third party and it had no operational control. The ship left Hay Point in Queensland on July 19 with 51,000 tonnes of Australian coal.

“MSC is aware of a chartered bulk carrier stuck in Bohai Bay near the Chinese port of Caofeidian where a change of crew is long overdue,” a spokesman said.

“MSC is concerned for the well-being of the seafarers onboard and is in contact with them. We have also been actively communicating with authorities and the chartering parties to seek a solution so that the seafarers on board are allowed to be relieved as soon as possible.”

Anglo American Australia, which exported the 170,000 tonnes of coal on the Jag Anand ship, declined to comment last week. The ship left Gladstone, Queensland in May. The vessel’s owner, Great Eastern Shipping, has appealed to the Indian government for assistance.

The situation has angered the National Union of Seafarers of India.

NUSI general secretary Abdulgani Serang, who has been leading the campaign to rescue the sailors from Mumbai, described the ships as “floating prisons”.

“We have at hand a humanitarian crisis on board where the entire crew is fatigued and requires urgent relief,” he said.

“Despite the best efforts of everybody, the seafarers are not being relieved or cargo not being discharged in China so that the ship can sail out.”

“It is unacceptable for such uncertainty to exist over such a long period of time that effectively leaves sailors stranded at sea,” he said.

“This isn’t just a trade issue, it is an issue about respect and regard for the wellbeing of the individuals.”

“The freight forwarder doesn’t want to adjust the plans for the vessel due to commercial interests, which is the real cause of the situation,” he said.

“In terms of emergency assistance, if they ask and apply for it, the Chinese side will immediately provide assistance in compliance with epidemic control regulations, including providing necessary supplies.”