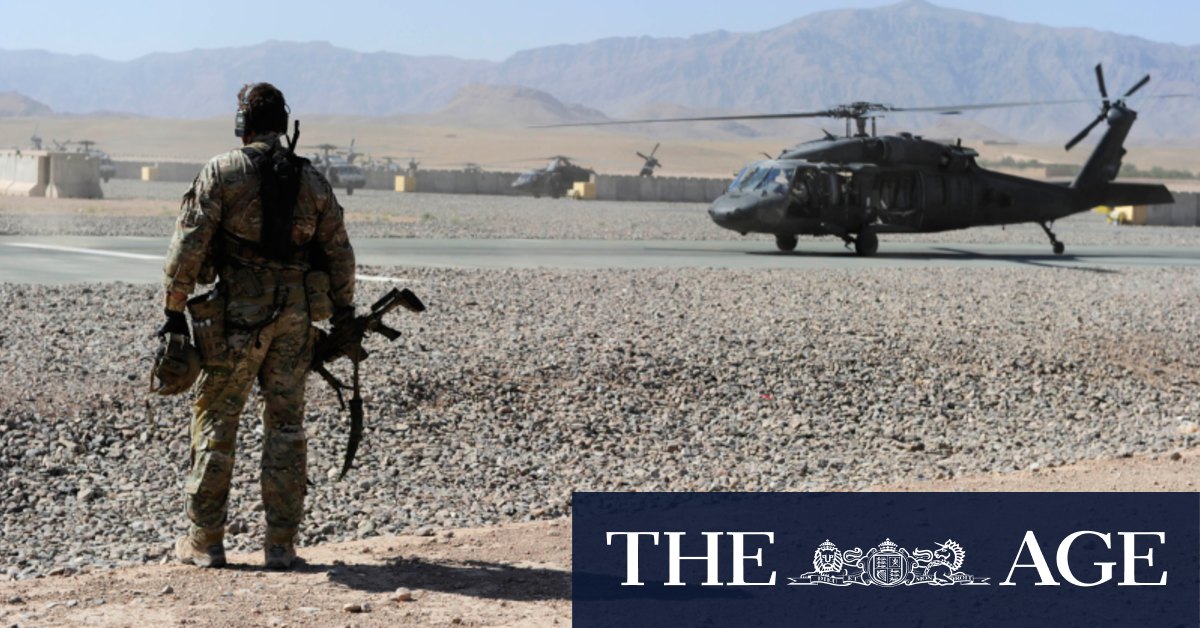 Allegations about the conduct of an estimated 10 Australian Special Air Services Regiment (SAS) veterans who served in Afghanistan, including five still-serving members, have been or will soon be referred to authorities, according to Defence sources and special forces insiders.

Australia currently has about 80 ADF personnel in Afghanistan, and 110 troops deployed as part of its operation to defeat Islamic State in Syria and Iraq.

Pulling the remaining Australian troops out of Afghanistan would mark the end of a two-decade military campaign, with the country first deploying soldiers to the country in 2001 in the wake of the September 11 terror attacks.

A Defence spokesman said it was “aware of media reports suggesting the United States intends to reduce its military footprint in Afghanistan and Iraq”.

“Decisions about the future of Australia’s contributions in Afghanistan and Iraq are made in consultation with our international partners, and take into account their needs, as well as our other military commitments, regional security developments, and our national security priorities,” the Defence spokesman said.

“We also prioritise the safety and security of ADF personnel and diplomatic staff, on which we coordinate closely with our international partners. Decisions regarding the deployment of United States troops are a matter for the United States Government.”

Acting US Defence Secretary Christopher Miller told reporters in Washington the number of US troops in Iraq and Afghanistan would be reduced to 2500 in each country by January 15.

That is just five days before Joe Biden is to be inaugurated as the 46th American president.

Mr Miller described the plan to draw down troop numbers as “prudent, well-planned and co-ordinated”.

“If the forces of terror, instability, division and hate begin a deliberate campaign to disrupt our efforts, we stand ready to apply the capabilities required to thwart them,” he said.

There are currently around 5000 US troops in Afghanistan and 3000 in Iraq.

Earlier in the day the head of NATO warned that pulling troops out of Afghanistan too quickly risked sparking a resurgence of terrorist activity in the country.

“We have been in Afghanistan for almost 20 years, and no NATO ally wants to stay any longer than necessary,” NATO Secretary-General Jens Stoltenberg said.

“But at the same time, the price for leaving too soon or in an uncoordinated way could be very high.”

“Afghanistan risks becoming once again a platform for international terrorists to plan and organise attacks on our homelands.”

Mr Trump has long campaigned on the need to end America’s involvement in “endless wars” overseas and to bring troops home as quickly as possible.

Mr Trump said in a Twitter post last month that he wanted all US troops to be home from Afghanistan by Christmas, but was talked out of a full withdrawal by top military and national security staffers.

Mr Trump last week fired defence secretary Mark Esper, in part because Mr Esper and other top officials at the Pentagon had opposed his plans to quickly scale back the number of troops in Afghanistan.

Mr Esper had reportedly warned that a rapid withdrawal could endanger remaining troops, harm America’s alliances and undermine peace negotiations between the Taliban and the Afghan government.

In a rare break with Trump, Republican Senate leader Mitch McConnell warned on Tuesday, “A rapid withdrawal of US forces from Afghanistan now would hurt our allies and delight the people who wish us harm.”