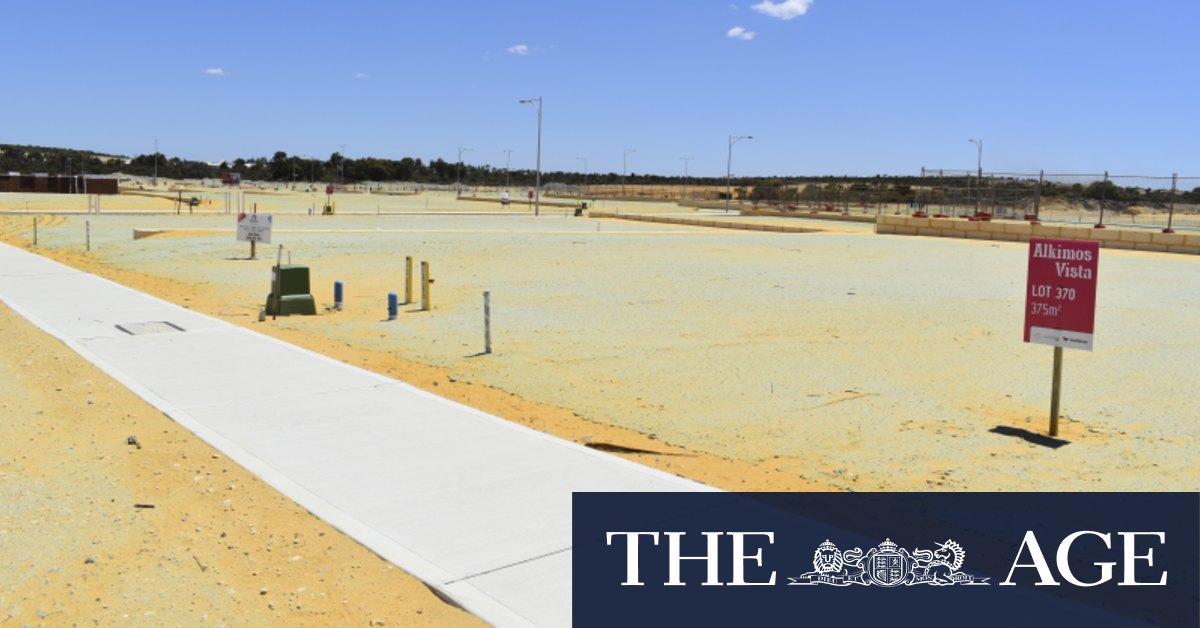 “Concreters, where they’re pouring slabs, that will be the initial challenge and then it will move to bricklaying and roof carpentry.

“The bricklayers spend more time on site than others.”

Initially West Australians wanting to receive the HomeBuilder grant – a means-tested program available for new home builds, substantial renovations and off-the-plan properties – had to sign up to the program before December 31 and start construction within three months.

The commencement criteria was extended on Tuesday to six months, but the state government and housing industry have called on the federal government to expand the threshold to 12 months, in line with WA’s similar Building Bonus program.

The Building Bonus, which is not means tested and has resulted in 2473 applications for the $20,000 grant, worth a combined $49.4 million, with 471 paid out so far, has already had its commencement criteria pushed out to the end of 2021.

Premier Mark McGowan said he wanted to see the federal government extend the eligibility period for HomeBuilder for the start of construction.

“If they extend the HomeBuilder scheme for a further six months it will match exactly what the state government has done,” he said.

“Builders across the state have done a great job, our measures have worked, our building bonuses have worked, it’s created huge amounts of activity, it was a great investment that allowed for tens of thousands of jobs to be retained.”

Federal Housing Minister Michael Sukkar said HomeBuilder was achieving exactly what it set out to.

“It is igniting the construction industry and helping to protect jobs right across the sector,” he said.

“We are continuing to assess the program, recognising it has been an enormous success, and will make further decisions closer to its current scheduled end date.”

September building approvals in WA were 74 per cent higher in 2020 compared to the same time in 2019.

First Home Owner grant applications in October also saw a monthly increase of 24.9 per cent to 1338, while the number of people applying for Keystart loans has gone up by 49.1 per cent in the past 12 months.

Land sales have cooled off after hitting about 500 a week when the building grants were announced in the middle of the year.

Satterley Group managing director Nigel Satterley said in growth areas of metropolitan Perth, there had been about 300 land sales a month prior to the grants.

The Perth developer said in October this had dropped to about 850 sales.

“What’s desperately needed now is for the federal government to agree to align their grant with the state which gives the builders 12 months to start their dwellings,” Mr Satterley said.

Mr Satterley said most local authorities had risen to the challenge of processing so many new builds, but other councils were taking too long to issue housing plan approvals.

The state government’s regional land booster program, which offered up about 1000 discounted residential and commercial lots in country WA, has resulted in 121 sales and settlements since June.

“This is a dramatic improvement on land sales compared to the second half of last year, where only 12 residential lots and one commercial lot was sold between 1 July and 31 October,” he said.

“The regional land booster has also resulted in the first sale of DevelopmentWA land in some locations for more than six years, including Broome and Karratha. DevelopmentWA has also sold its first lot in Kambalda in 13 years.”