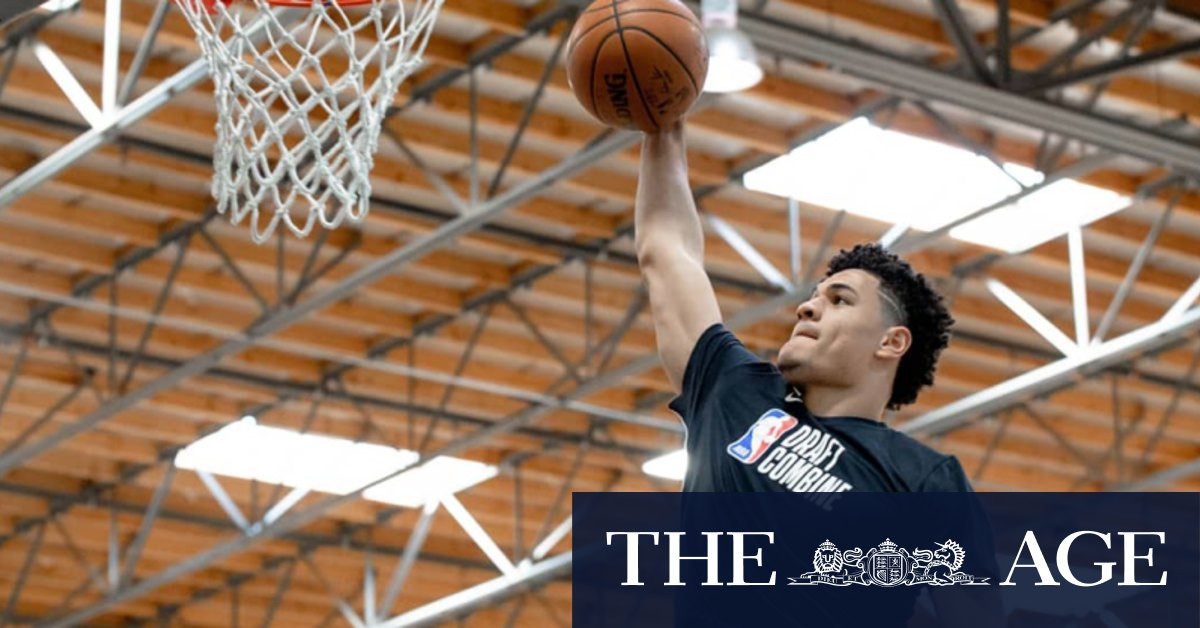 Green’s veteran NBA trainer Joe Abunassar believes his star pupil is ready to play right away should a team need an athletic guard who can defend and finish in transition.

Green agrees and he believes the extra months of training have put him in position to make an impact this season.

“This whole time I’ve had to work has been amazing, it’s the first off-season I’ve had in two years since I had my shoulder surgery,” Green said on Thursday night.

“Every single day I felt I was getting better.

“The biggest thing about being a rookie going into a big league like this is being able to know your role and I feel that from the get-go I will be able to play defence, just be able to impact the floor in small ways that other players don’t always want to do.”

Different mock drafts have Green going anywhere from pick 14-30. He could join Ben Simmons in Philadelphia (at pick 21) or Joe Ingles in Utah (pick 23) as media reports have linked him to those clubs.

“I’m going to be more than happy to go to any team that picks me, it’s more about opportunity,” Green said.

“I’m a very competitive and hard-working guy. For me it’s not how high you go, it’s the best fit for you as a player.”

Some players would be frustrated at having to wait so long for draft night but Green has taken 2020 in his stride.

“This year has been crazy for anybody, whether they are in the draft or just a regular person,” Green said.

“We are experiencing something we might never experience again and something that is crazy for everybody so I’ve just been taking it a day at a time.”

Some scouts have talked down Green’s shooting skills but he plans to correct that perception.

“A lot of people have their opinions, but I feel like I’ve always been able to shoot,” Green said.

NBA championship winner Chauncey Billups spent some time watching Green work out in Las Vegas and Green took a lot from their talks, especially some tips on how to use his strength better.

“Having someone like that critique you was cool – he was surprised I could shoot the ball because everyone seems to think that’s one of my weaknesses,” Green said.

First-round picks usually travel to New York to attend the draft in person but this year the draft will be virtual, so Green will be watching with his family, who moved to the US a few years back.

Draft day could also be a historic occasion for the NBL, if former Illawarra Hawk LaMelo Ball gets picked first. Fellow guard RJ Hampton (NZ Breakers) is also tipped to be a top-20 selection. Chris Anstey remains the highest-selected NBL player after he was picked 18th in 1997.

A number of NBL players could be drafted in the second round. Kouat Noi (Cairns) and Sam Froling (Hawks) have had some interest while imports Justinian Jessup (The Hawks) and John Mooney (Perth) plus Next Stars signing Terry Armstrong and Kiwi forward Yanni Wetzell (both South East Melbourne) could be second-round picks.

The NBL also announced it will start its COVID-19 delayed season in “mid-January” and will announce a schedule on December 3.