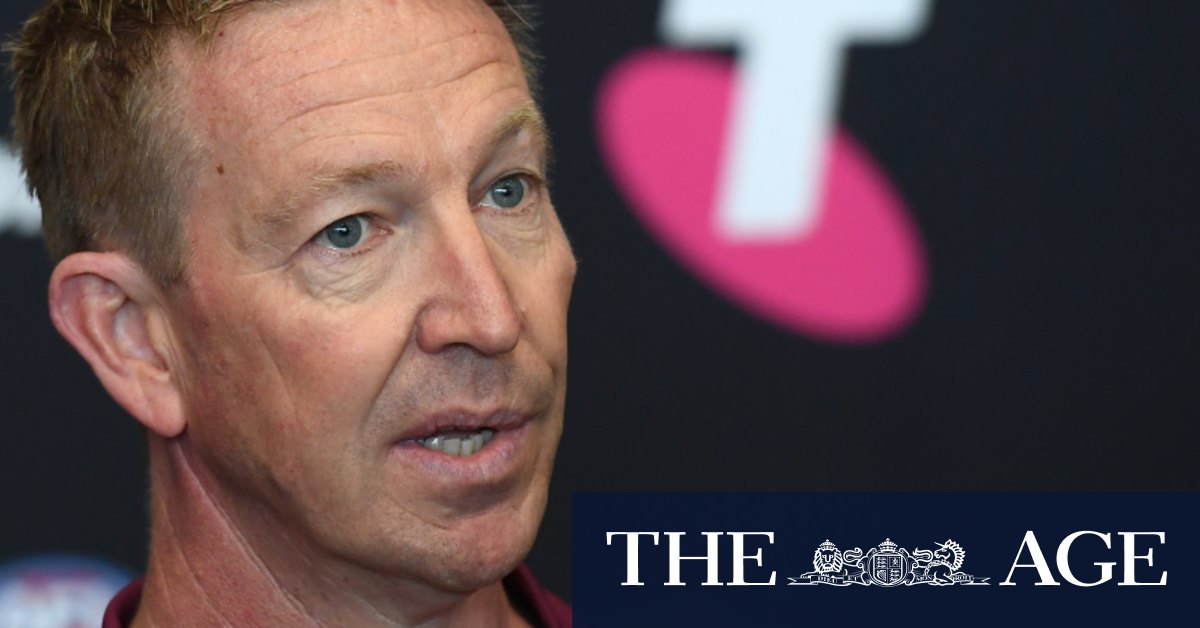 Giansiracusa, who was headhunted by the Bombers to improve their relationships between players and coaches, is said to have made a strong impression in his presentation to the panel which includes former Sydney and Melbourne coach Paul Roos, but is still well and truly an outsider for the job, like Harvey.

Noble has been general manager of football with Brisbane since late 2016, having held the same position with the Adelaide Crows from 2014, after working for the Crows initially as an assistant coach before becoming list manager. He had worked as an assistant coach with the Western Bulldogs for five years, before moving to be head coach of Glenelg in the SANFL for two years.

Noble has also coached the NSW-ACT elite under team, the Rams, and at local level in Melbourne’s eastern suburbs.

While Noble, 53, has not been in coaching for almost exactly a decade – he moved into list management at Adelaide at the end of the 2010 season – there is an argument that, as with Fagan – who joined the Lions as senior coach after filling the general manager of football role at Hawthorn – the experience of running a football department is closer to that of senior coach in the modern AFL than that of an assistant coach, who does not manage staff.

North, who has a relatively new and first-time football boss in Brady Rawlings and had an inexperienced coach in Rhyce Shaw this year, are clearly keen to hire a coach with significant experience – which is the case for all three candidates.

North have been forced to appoint a coach well after the season after Shaw stepped down as senior coach after only one full season in the position, due to personal reasons.